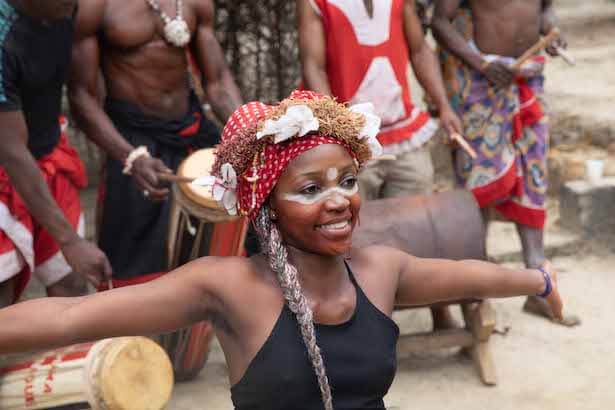 Released in theaters last March, ‘Chamanic Visions, Forgotten Territories’ allows you to meet first peoples for an initiatory journey to shamanism to rediscover our link to nature and humanity!

the shamanism is a practice practiced by the first peoples that dates back to the dawn of time, since we find traces of it in the oldest cave of humanity, the Chauvet cave (dating back more than 32,000 years). conveying neither dogma nor religion, shamanism does not belong to an era or to any tradition. It lives in the present, evolves with man.

Shamanic Visions, Forgotten Territories – A documentary to reconnect us to nature

Initiatory journey of two French people among indigenous peoples: the Fangs of Gabon and the Shipibo-Conibos of Peru! The documentary takes us to the sound of traditional instruments such as the mougongo (bow in the mouth), the sacred harp and the icaros, to meet the wisdom of the first peoples, the daily life of these true guardians of nature.
This inherited wealth, called shamanic, reminds us that we are joyful beings, connected to Nature.

We follow the steps of initiation and benefit from the teachings of Sandra Ingerman, world renowned shamanic author.

For thirty five years, Jupiter Movies distributes and produces films on nature, health, education aimed at sharing knowledge, as with Tree Intelligence, Permaculture, the way to autonomy, The Milky Way…

Through Stephanie’s experience, we understand that we live in a system against the current of natural laws and it’s time to question yourself. We also take stock of the importance of transmission from generation to generation of values ​​that respect the environment and of rebuild a healthy relationship with the Earth and Humanity.

A limited collector’s edition to get now!

Continue the shamanic experience with more than 4 hours of bonus!

Find the film at the cinema, on DVD and VOD here


https://www.consoglobe.com/redacteur/consoglobe-redac
See his profile and all his articles