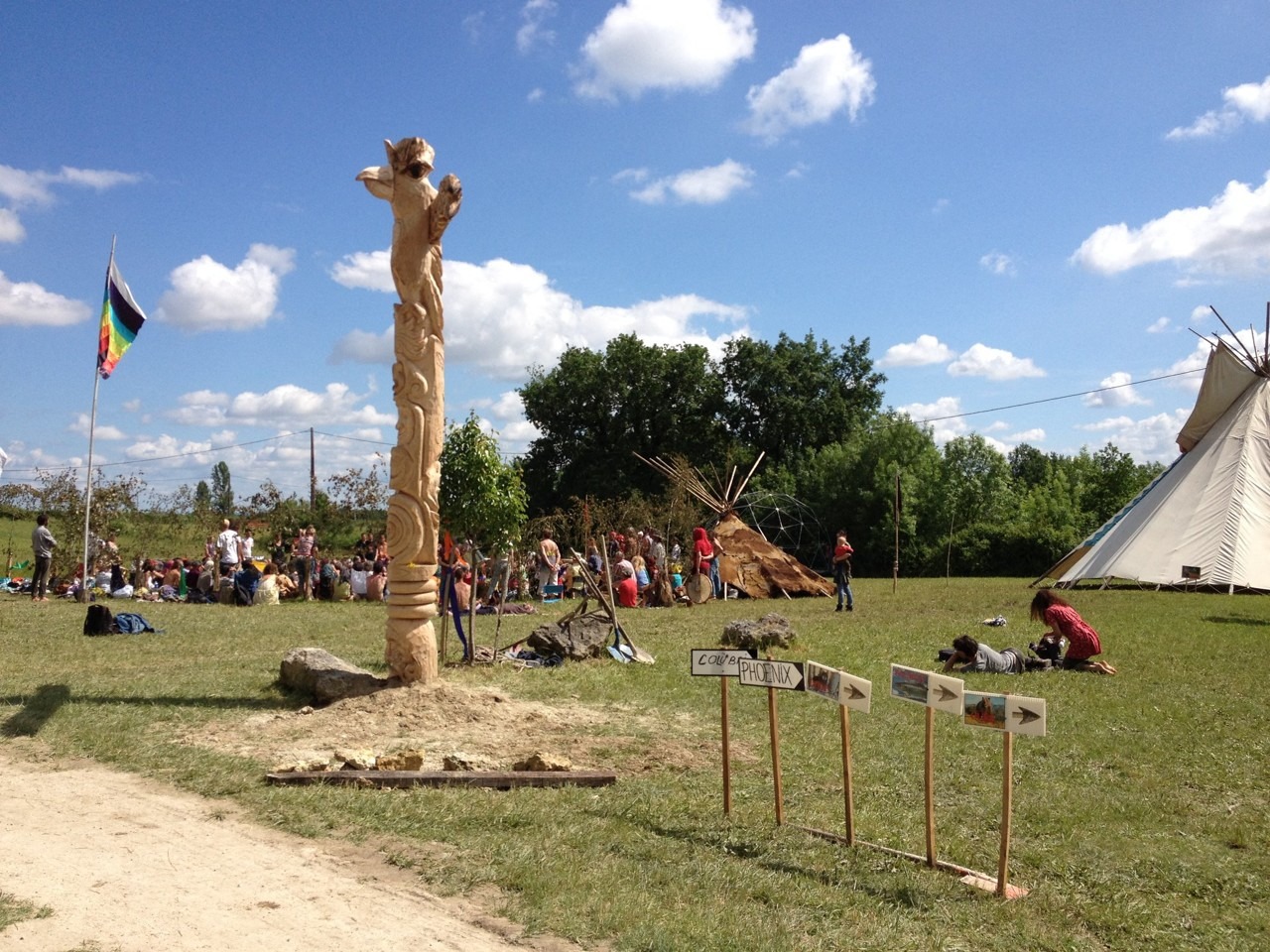 
Succeed in Périgord
See my news

Twice a year, since 2012, between 150 and 200 people meet for four days of shamanic encounters in Forroque. After a two-year break due to the health crisis, the next ones will take place from September 15 to 18.

Too late to register. The Shamanic encounters in the land of Man will be sold out from September 15 to 18. In fact, little communication is made on these meetings which bring together, at the Lou Tuquet farm campsite in Fonroque, between 150 and 200 people, with a gauge limit imposed on 250 participants. ” These are meetings that will allow us to meet, between people of the same sensibility, for workshops whose programming is established a few days before the Meetings. “, explains Olivier Bagard, at the origin of these “Rendez-vous à Fonroque”.

In fact, the success of these meetings is due to their intimate nature, even with 200 people. With an ambitious programme, intended to live fully and create the world we wants”, there is no place for the lost visitor. A collective project is identified and announced on the dedicated website to which subscribe those who come to share these four days in order to ” connect the living in oneself, connect, celebrate the Spirit “. We join or we do not come. That being said, shamanic encounters are meant to be an intense moment of conviviality and sharing.

Get to know yourself better to emancipate yourself

Olivier operates an organic farm which becomes the scene of reunions, during these long weekends: one in the spring around Ascension and in mid-September, but also sometimes during the year. We come as a family, with children, in a friendly and family atmosphere. The network effect comes into full play: “ getting to know each other better means giving yourself the opportunity to grow and emancipate yourself “, explains Olivier Bagard who wants to keep this family side and the assumed inter-self of these appointments. The most seasoned of the participants make discover various shamanic traditions: with each one to find there what corresponds to him best and makes direction for him, and why not to explore new techniques.

During the 21e edition, quality speakers, who have all walked in their own shamanic way, will be at Olivier’s side to orchestrate the ceremonies.
Beginning of the reunion on Thursday afternoon. After the discovery and installation of the camps, the organizers will light the sacred fire for the opening ceremony.

Around this fire, which will burn during the four days, dances, stories, workshops and rituals according to an established program which will be revealed to participants upon their arrival.
Invariably, the days start early, as early as 7:30 a.m. with early morning prayers and practices. They take place according to proposals that do not exclude a surprise concert, an exhibition of handicrafts, obviously linked to shamanic practices, and moments of rest and conviviality.

Was this article helpful to you? Know that you can follow Réussir Périgord in space My News . In one click, after registration, you will find all the news of your favorite cities and brands.