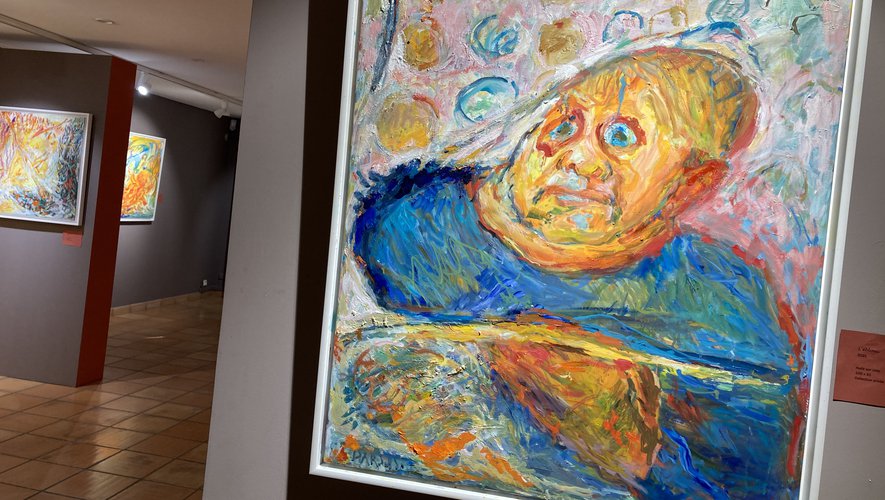 The artist, who died on January 1, is on view at the Chabaud de Graveson museum (Bouches-du-Rhône).

When Pierre Parsus came to settle in Nîmes in 1946 to paint in the colors of Cézanne and Van Gogh, the friend who welcomed him took him to the Museum of Fine Arts to see an exhibition by Auguste Chabaud . “The whole thing was dark, serious with a tragic bitterness”remembered Pierre Parsus, who then crossed paths with the big cat. “Dressed in black, dressed like a country notary”Auguste Chabaud addresses the young man: “Welcome to our home and good work in Provence”.

Today, the circle is complete. Parsus never saw Chabaud again, who died in 1955. He definitely put down his brushes at the age of 100, on January 1st. And his last paintings are to be discovered at the Chabaud museum, in Graveson, just on the other side of the Rhône, paintings painted in recent years especially for this exhibition which he was not able to see and which necessarily takes on a particular dimension.

“The Land of Visions”

In his house-workshop in Castillon-du-Gard, despite health concerns, he continued to work until the end, carried by something that was beyond him. “You can look at his painting in a sensitive way, he is a colorist, a marginal beast. You can also be interested in the intelligible side, he always tells a story”explains Christian Vayrette, curator of the exhibition. “But, even by associating the two, we miss something, this interworld, the land of visions where the shamans, the mystics in ecstasy, the Sufis are”.

It is in this parallel world that Pierre Parsus found himself, defining himself as a man of the Middle Ages living in the present, on one level in a world of symbols.

The last paintings explode with colors and bring to the surface themes or memories that are omnipresent in his work. The apocalypse, the ascent to the sacred, alchemy… With a thick and eventful touch, in the wake of the stained glass windows for the Trois Piliers church in Nîmes, he paints the resurrection, Jacob’s encounter with the angel , Christ in glory in almost abstract paintings, expressionist and jubilant allegories.

His last self-portrait, painted in 2021, is titled The Dazzled. He presents himself with wide blue eyes, a lively and piercing gaze on the world that he has continued to observe with the same acuity. In 2020, his penultimate portrait was titled To paint. The same year, he painted the Coronavirus, in a canvas indicting the madness of a world obsessed with the lure of profit. At the same time, some older works resituate the work of Parsus in continuity.

Because the painter often returned to certain subjects. Two canvases painted 70 years apart evoke the meeting with a pianist from Odessa, deported to Austria, met during the war. In a celestial and luminous blue canvas, he remembers the lovers of the Magne tower, designed in 1946. But the composition also evokes The Visitorthe memory of his widow Lucette who sometimes, at night, came to meet him.

Born in Nîmes in 1882, Auguste Chabaud participated in the great years of Fauvism in Paris, painting in the underworld of circuses and brothels, before returning to Provence, at the Mas de Martin in Graveson.

While maintaining a great freedom of style, he then painted the world around him, often with dark tones.

The museum dedicated to him allows you to browse all the periods of his career, from the first drawings on butcher’s papers, to the oriental memories of his military service in Tunisia.

Like a mystic in ecstasy, the neo-Nîmes artist Pierre Parsus painted the invisible