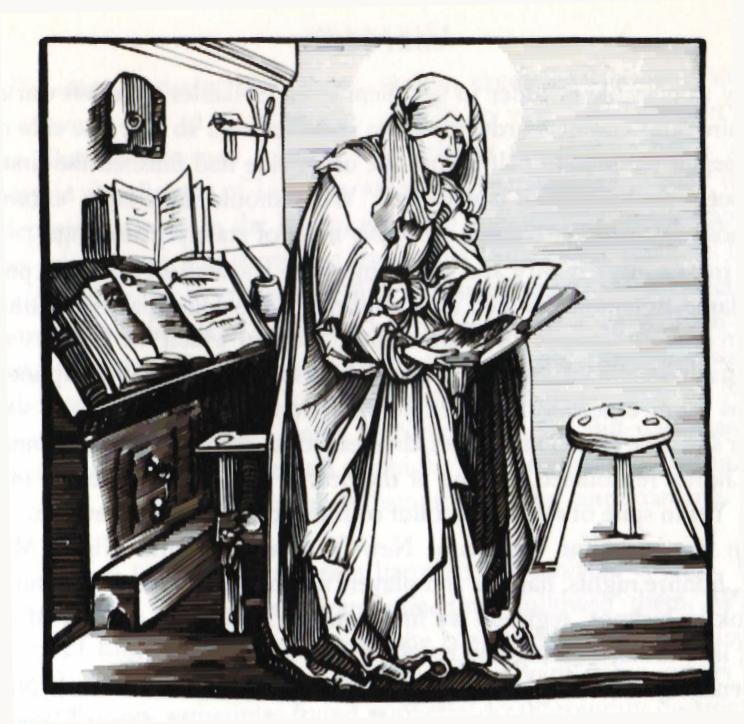 The secular Saint Bridget of Sweden marked Europe in the 14th century. His birthday, July 23, is an opportunity to return to an unknown figure with an exceptional temperament and destiny. Founder of the Order of the Most Holy Savior, known as the “Brigittines”, nicknamed the “Sybille of the North” for her many visions, her life was a reflection of her personality: resilient and deeply mystical.

In 1303, when Birgitta Birgersdotter was born, nothing suggests that her destiny will lead her to see and reveal, under divine inspiration, that of the greats of her time. Born into a pious family of the high Swedish aristocracy, Bridget of Sweden would become an influential prophetess and mystic. She will work in particular for the return of the papal seat to Rome, from the time of the Papacy of Avignon.

Her biography is most often approached in two stages: that of the pious wife, and that of the prophetess widow. Married and mother of eight children, including the future Saint Catherine of Sweden, she first devoted herself fully to the study of Sacred Scripture and to the education of her home: “After reading the Bible, repeated her to her children, have nothing dearer than the Lives of the Saints».

Having adopted the Rule of the Franciscan Tertiaries with her husband, the Seneschal Ulf Gudmarsson, both practice charitable works on a daily basis, and create a hospital, where they treat the sick themselves. In 1335, because of her culture, her knowledge of languages ​​and her “pedagogical wisdom”, the King of Sweden, Magnus Eriksson, called her to the royal court to invite her to perform the task of governess to his young wife, Blanche of Namur.

A mystic at court

It’s in Stockholm, at court from Sweden, that the first glimmers of the mystical and political destiny of Saint Bridget of Sweden are outlined. “This closeness to the royal couple leads her to produce prophetic revelations that are specifically aimed at them, sometimes to support them, sometimes to reprimand them. Brigitte aspires to educate the royal couple to lead them on the path of the ideal Christian sovereign”, analyzes the historian Camille Bataille, in his article A mirror to princes revealed: Brigitte of Sweden, mystic and advisor to kings (Revue Française d’Histoire des Idées Politiques-2021).

This secular and pious life at the heart of the family and the royal court changed in 1341, when Brigitte became a widow, when the couple had just made a pilgrimage to Santiago de Compostela.

At the service of prophetic revelations

After donating her property, Brigitte of Sweden moved to the Cistercian monastery of Alvastra, while remaining secular. This is where a new mystical life begins for her, guided by successive prophecies and divine revelations. Until the end of his days, these will be recorded and translated from Swedish to Latin by his confessors in a corpus of eight books: the Revelationes (Revelations).

These visions, which can take the form of pamphlets or more or less vehement exhortations, concern as much the governance of the courts of Sweden, France and England as that of the high clergy and the popes. Because she calls for a reform of the Church and she points out the moral weaknesses of the powerful of her time, Brigitte of Sweden will not always be welcome. “The revealed form of the Celestial Revelations will hardly have been enough to influence European politics or even the education of contemporary leaders,” concludes Camille Bataille.

One last stop in Rome

In 1349, three years after founding the Order of the Most Holy Savior in Vadstena, Sweden, Bridget left for Rome. After Pope Clement VI refused to approve the creation of a double monastery, men and women, under the authority of an abbess, as a revelation had ordered her to do, she wanted to take advantage of the jubilee of 1350 to meet the pope in Rome.

It was there that she would spend her last years, leading a life of prayer, apostolate, charitable works and numerous pilgrimages to Italy. After Milan, Pavia, Assisi, Ortona, Bari, Benevento, Pozzuoli, Naples, Salerno, Amalfi, and the Sanctuary of Saint Michael the Archangel on Mount Gargano, it was a last revelation that pushed her to make the ultimate pilgrimage in 1371: the one in the Holy Land. On July 23, 1373, Saint Bridget of Sweden died at the age of 70, and Pope Gregory XI still had not returned to Rome.

Canonized in 1391 by Pope Boniface IX, Saint Bridget of Sweden also joined the family of patron saints of Europe. In 1999, alongside Saint Catherine of Siena and Saint Thérèse-Bénédicte of the Cross, John Paul II proclaimed her co-patroness in order “to make her feel close to them not only those who have received the vocation to a life of special consecration, but also those who are called to the ordinary occupations of lay life in the world and above all to the high and demanding vocation of forming a Christian family”. Saint Benedict (1964), Saint Cyril and Saint Methodius (1980) complete the picture of patron saints of Europe. (cath.ch/jsdv)

The rights to all content on this site are registered with Cath-Info. Any distribution of text, sound or image on any medium whatsoever is chargeable. Registration in other databases is prohibited.

Brigitte of Sweden: a mystic in the heart of the powerful – Swiss Catholic Portal