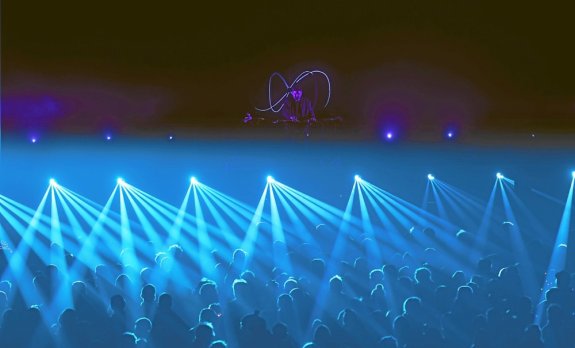 It is obvious, but the Trans Musicales de Rennes, these are above all five days of festivities to discover artists from all over the world. Where others see, in the same evening, Reunionese invited to a mystical trance, Black Indians from New Orleans deliver a most danceable show, and Togolese frenzy the crowd with digital voodoo?

We leave each other on this experimental piece by the Reunionese quartet Mouvman Alé, hall 3 of the Parc Expo. With this group, the public of the Trans Musicales should graze the mystical trance until the early morning… or even next year! pic.twitter.com/NyXIOKaqgK

This year, 82 of them visited the Breton capital. In terms of favorites at Parc Expo, special mention for Hermon Mehari, Double Trouble, Porchlight and Tago Mago. Slight disappointment for Birrd, quieter than expected – the first stages of the Parc Expo were always a little slow to build up pressure -, and Dea Matrona, a little feverish, but full of charisma. One thing is certain: with the times of free concerts like at the Parc Expo, the artistic shifts from one stage to another make you swing into a thousand universes.

Artist and public in symbiosis

The public knows it, by disembarking at the Trans Musicales, they will know nothing about it… Or very little. So, if there are misses – it’s not always easy to use the words of an artist you discover – the symbiosis with the artists seems to happen in each place. Even the most offbeat, like the Estonian duo Puuluup, bring together a curious and dancing crowd.

With their talharpa, a traditional instrument, and their looper, they share a message of love, which is well applauded. And when it talks about politics, for example with the Kid Kapichi who claim “that all music is political”, it claps its hands just as much. True symbiosis or benevolence, it’s a good atmosphere.

Parc Expo in Rennes or Courchevel?

A festival in December, must you be crazy! And yet, 59,500 festival-goers are counted by the Trans Musicales team, including 32,200 at the Parc Expo. They face the cold and the negative temperatures of this weekend at the gates of winter. While the majority opt for the hat, gloves and parka combo, others combine fun and originality with the mission of keeping warm.

They clash then, dressed in colorful ski outfits or chapka pressed on the skull, but they are hot. A handful of festival-goers will have preferred to draw inspiration from Japan rather than Eastern European countries or a ski resort, donning kigurumis, a pajama costume. Ideal for going to bed immediately after the concerts until the early morning.

These Japanese pajamas are also a good way to get together in the halls of the Parc Expo, where thousands of people circulate. Festival-goers will have redoubled their ingenuity so as not to lose sight of each other during the Trans Musicales. Seated at the bar in hall 5, a group of friends cannot miss each other: they all have a bright orange cap on their heads.

Another trick, a balloon attached to the waist and which floats, ideal solution to indicate its location. Others have had a stroke of genius by opting for light garlands on the head or on the back: impossible to lose them. With green and red lights, we even get into the Christmas mood, ready to party until the first light of day.

The star of the Nativity: mystical legend, planetary conjunction or comet? (1/2), by Jean-Pierre Lu...
Mystical and fascinating wandering -
The spirituality in images of Madeleine Delbrêl, the mystique of Ivry-sur-Seine
Tweet
Share
Share
Pin