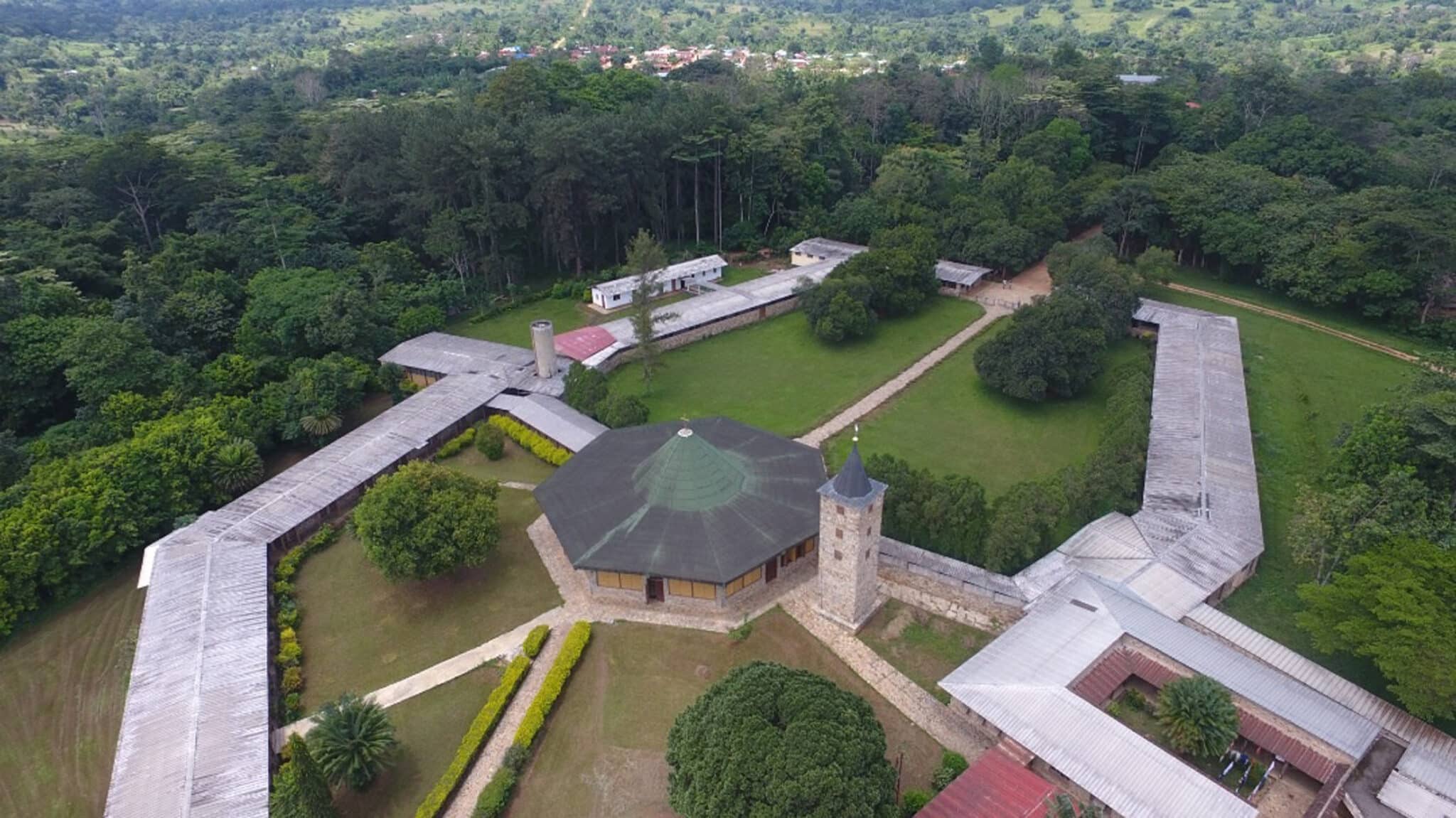 For more than 60 years, the Benedictine monks in Togo have maintained a special relationship with nature and take care of the ecosystem in which they live their vocation.

At Ascension Abbey in Danyi-Dzogbegan, 185 km from Lomé and 50 km from Kpalimé, Brother Jean Christophe Djonou, Benedictine monk and priest, is in charge of the orchard. On Tuesday, November 22, he begins his day with the prayer of lauds, at 5:20 a.m., followed by meditation. Then he went to the Abbey of the Assumption, two kilometers away, to say mass to the nuns of the same order from 6:45 a.m. On his return, he took a walk in the orchard of his abbey, around 10 o’clock, after breakfast and some quick accounting services, being in charge of the cash register.

Brother Jean Christophe, 53 years old, 1.76 m, walks the way at the back of the monastery, dressed in a khaki mini-cowl, pants, boots and machete in hand. ” Taking care of the orchard is a passion for me “, he confides while advancing. “Most of our activities are done manually except for the coffee processing unit”, adds this monk who specifies that even in this case ” the preliminary and finishing works are done by hand “. In this abbey, several activities are linked to ecology such as the orchard, the nursery, the food and coffee crops, the vegetable and botanical gardens. And there are also processing units, such as the distillery which produces various natural essences based on mint, cinnamon, lemongrass, and liqueurs.

Read also : In Senegal: The ecological commitment of the Church

” Ecology occupies an important place in our life and respect for the environment is a fundamental principle in our abbey. “, he explains, arrived in the banana plantation. ” Even in construction, he specifiesthis ecological ideal makes it possible to orient the works so that the buildings can benefit from natural ventilation and light, in order to reduce energy consumption. “. Apart from his specific responsibilities, each monk participates in the daily sorting of garbage to avoid pollution and facilitate recycling », notes this nature lover.

Ecology at the heart of monastic life

Not far from there, Jean Bignon, 29, a novice, does the upkeep of the chicken coop. ” I feel good in this natural environment which frees my mind and facilitates contemplation “. In the first year of his novitiate, he explains, having often taken part in the activities of the orchard, for example ” transplant young plants to facilitate their growth “.

Brother François Amouzou, also a monk and priest, is responsible for the coffee sector. He explains how this abbey contributes to an integral ecology. ” The cultivation of coffee is beneficial for the environment, because the coffee tree often needs shade; hence the need to plant certain species of trees such as albizzia “. ” The flowering of the coffee tree feeds the bees a lot “, he rejoices before qualifying:” this culture requires a lot of care to fight against caterpillars for example “.

Founded in 1961 by the Abbey of En Calcat in Dourgne (France) with the support of Bishop Joseph Strebbler (1892-1984), French missionary and first Archbishop of Lomé, the Abbey of the Ascension is now run by Father Théodore Coco who ensures respect for monastic values ​​and the principles of an integral ecology dear to Pope Francis according to his encyclical Laudato If.

In Togo, the Benedictine monks of Dzogbegan at the service of an integral ecology

Meditatio, finally a Christian meditation application!
Astrology: What will be the atmosphere of the week from August 1 to 7, 2022?
Switch from old to new 
Tweet
Share
Share
Pin