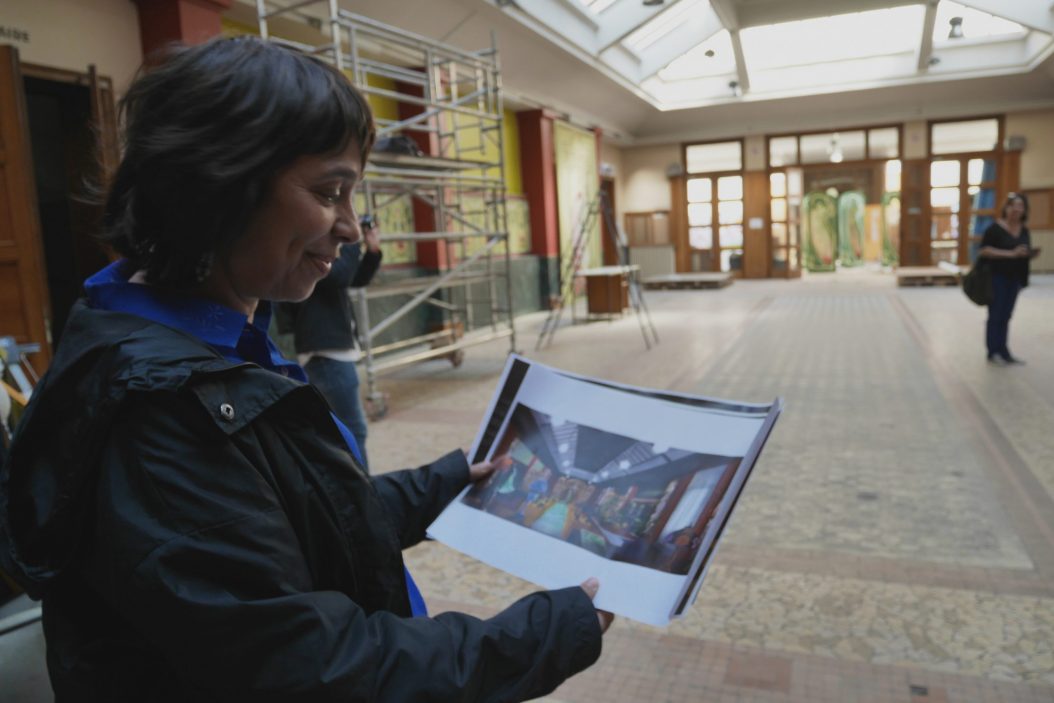 Under the large glass roof of the former former faculty of pharmacy, the setting for the auction room will soon be set, where the first corpse will be discovered. Photo Week

For a month, Nancy hosts the filming of an episode of the successful France 3 series. A police investigation in a setting that highlights the rich heritage of the city, the filming of the TV movie promises to be a winning operation for the city ​​on the economic plan, its diffusion like a nice blow in terms of image.

The principle of the France 3 Meurtres à… telefilm series is simple: halfway between the (often) effective thriller and the discovery of a city or a corner of France. Carcassonne, Porquerolles, Lorraine, Albi, Mont Saint-Michel… a real tour of France for more than a decade already. It was time for the capital of the Dukes of Lorraine to see its own murder committed in its square or in its streets. It is finally the case. Revealed in the synopsis provided by the production team, it makes your mouth water: “the corpse of a woman is found, during an Art Nouveau auction, with the inscription “Guenoche” , synonymous with witch in Old French. Art Nouveau for Nancy, the rest to obey the standards that make the success of the series which brings together an average of 4 to 5 million viewers: an investigation linked to an existing or invented legend and often well-known actors. For Meurtres à Nancy, it is therefore the choice of witchcraft that was made. Not necessarily the first theme you think of, but the production reminds us that the scenario for this new episode is based on historical facts and a character from the 16th century. “It’s about Nicolas Rémy, a prosecutor who, under the pretext of attacking witchcraft, murdered more than 1,000 women,” explains Sylvie Ayme, the director of this episode. Between 1577 and 1592, this Attorney General condemned several hundred people to the stake for Satanism. 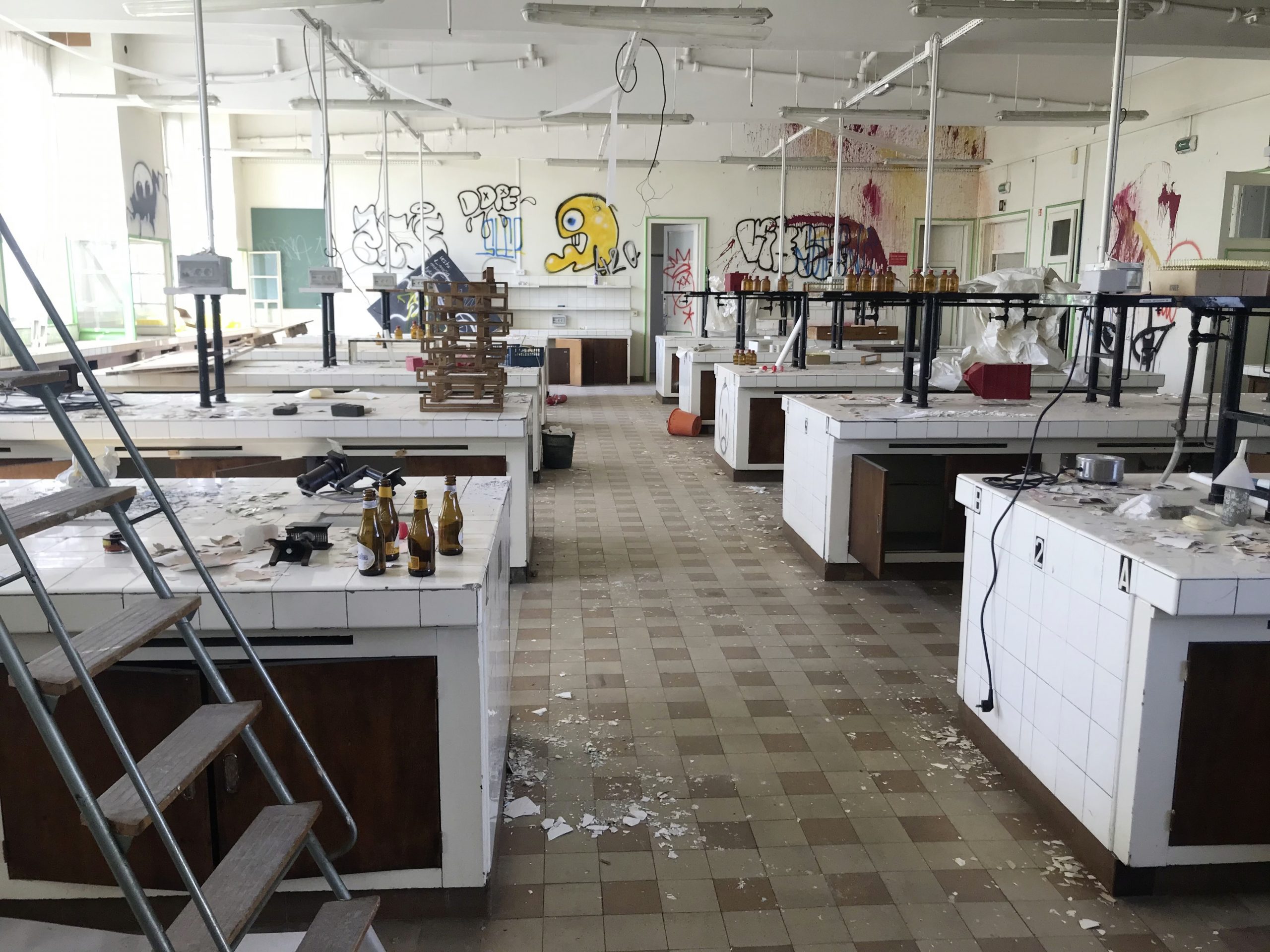 Broken mattresses, tagged walls, a decor that plays with the authenticity of the place to represent a squat. Photo Week

Through this historical intrigue, the whole city of Nancy will be highlighted, as for each episode: “you have to show a postcard of the city with drone shots, the emblematic places. It’s important to highlight the territory,” explains Antonin Ehrenberg, head of the Patafilm company, which produced the episode. Stanislas Library, Government Palace, Place Saint-Epvre or Place Stan, Villa Majorelle, all the jewels of the city pass by. Some more surprising than others, like the large building of the old school of pharmacy, near the Central Hospital. Completely transformed, the site serves as a huge film studio, hosting several very different scenes: SRPJ offices, interrogation room, forensic institute, auction room… and even a squat! “It’s an absolute and almost unprecedented comfort for us, to have everything in the same place, explains Jean-Pierre Crapart, production manager on the set. In addition, there is really an authenticity in this site. We relied on the existing, like the old cracked benches of an old lab, and we tagged and accessorized it in our own way”. And it’s true that when you visit the set and its sets, you find yourself immersed in different, almost living worlds. In a few steps, you can go from the atmosphere of an austere police station to an auction room and its Art Nouveau frescoes. It is in this setting that the actors and actresses of the episode evolve, Cristiana Reali, Fabrice Deville embodying the duo of cops and – new – a third investigator, Nelly Lawson, who will play Lieutenant Chloé Guérin, companion of the son of the investigator, “it adds a little twist to the story, far from the stereotypes of mother-in-law, daughter-in-law”, smiles Antonin Ehrenberg.

Beneficial on all counts 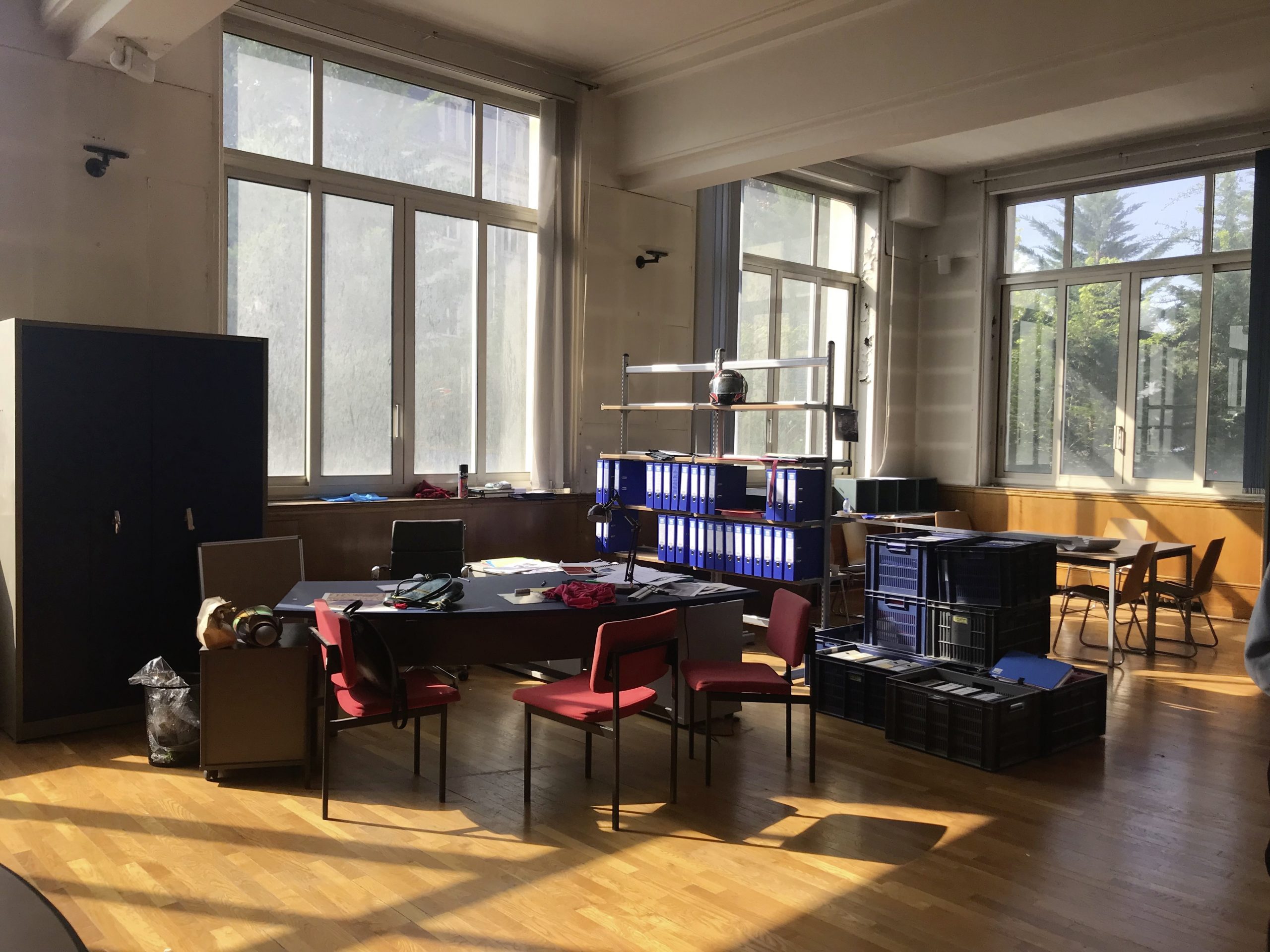 A shoot of such magnitude, which is spread over a month and involves nearly 380 people, is a real godsend for the city of Nancy. “There is a real economic impact, explains François Werner, vice-president of the Métropole du Grand Nancy. For example, this represents 1,400 overnight stays, with a film crew playing the game of immersion by staying on site. A good part of the recruitment was done locally, including the 238 extras and the fifty or so technicians – some former IECA employees in Nancy – who all come from the Grand Est”. In terms of image too, the impact is expected: “it’s a magnificent postcard for the city, according to Bertrand Masson, deputy in charge of culture at the City of Nancy. The chosen filming locations are rooted in Nancy’s heritage. Beyond this heritage enhancement, this type of filming clearly reflects the DNA of our cultural policy, with real support for artistic creation, including cinema and the audiovisual sector”. Like Nancy, the Grand Est has the wind in its sails in terms of film and television shoots. In 2021, with 121 days of filming, the region quadrupled its activity in this area. Murders in Nancy is scheduled to air in late 2022 or early 2023.

Murders in Nancy: filming good for the image