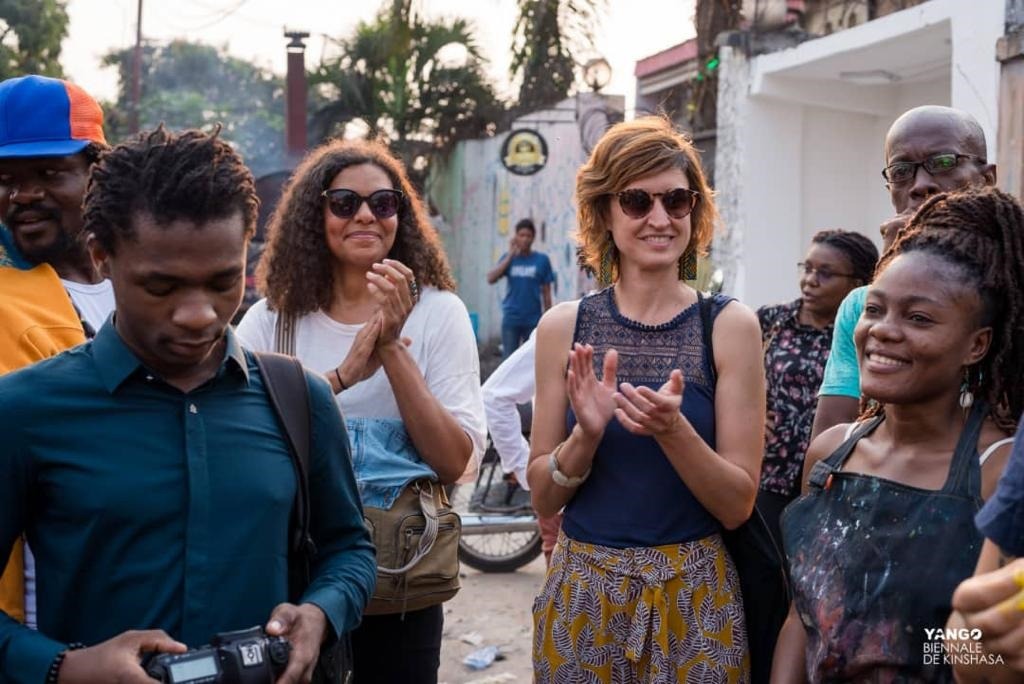 Le Courrier de Kinshasa (LCK): How do people react in the public square? You’ve been to crowded places, what do you see in the looks? Surprise, rejection or rather admiration?

Sara Alonso Gomez (SAG): It is all of these at once. We have faced all these reactions. We were confronted with a large and very heterogeneous audience. We started to conquer the streets of Kinshasa since yesterday Sunday. We did a few kilometers in Bandal and today we were at the Magasin roundabout. Each time, the artists went in search of the public, the people in the street who live their daily lives, moving from point A to point B. The works and performances created a moment of suspension in their lives. This moment was extremely beautiful with all these reactions at once. People approached me asking me if it was witchcraft or magic? Or still others who wanted to understand what it meant because they said they didn’t understand anything about it.

So, above all, there was a lot of curiosity. I admit that at no time did I feel any real reserve on the part of the Kinshasa people. On the contrary, I felt a great curiosity and a great capacity for adaptation also because it constitutes all the same a great challenge for the population to see people dressed in a rather particular way, different in any case, and in the process of make gestures that may seem rather bizarre. Or even by wearing things on the head with writings that refer to certain imaginations. The case in particular of the performance of Mega Mingiedi who carried reproductions of his drawings with strong messages on education in Congo and the exploitation of nature with its global consequences on the environment. What’s more, he was half naked, which led a passerby to say in Lingala, he is the man who carries the city on his shoulders. Moreover, it was nice to see Mega, when he belongs to a slightly older generation, initiate this course, the crossing of the roundabout in all its directions. He directed the whole movement of people who followed us to the very center of the exhibition.

LCK: Was it possible to give the audience a moment? Were you able to engage in more in-depth discussions with those who followed the course?

SAG: Quite honestly, we had extremely beautiful exchanges with people. Some were there until the end and asked questions. We have established moments of mediation with them. Each artist presented his performance, his artistic work. This made it possible to create a very strong bond with people. I wish and I really encourage similar initiatives because Kinshasa people are thirsty, want to have this kind of moment of suspension in their daily lives. They will allow them to imagine things differently, to ask themselves questions and to get answers in return.

LCK: Is censorship imposed on you so as not to offend people depending on the places where the works are presented? Do you think Mega’s performance would go through one of Yango’s venues like Fatima without a problem?

SAG: I will not necessarily speak of censorship but rather of prejudice. We are confronted with both individual and collective prejudices. This is the case for the work of the Beninese artist Laeïla Adjovi exhibited in front of the Contemporary Platform. She does a lot of work on the phenomena of transfer and circulation of religions that existed in the pre-colonial period in Africa. They still exist today and are stigmatized in different African regions but have survived on the other side of the Atlantic. This includes work done on Cuba. We had already negotiated with the owner of the plot before investing the walls. Negotiations were made with the owner, the landlady without necessarily showing them the works, trying to involve them in the process of the exhibition while avoiding this complex moment of meeting with the work. During the installation of the photos, the landlady exclaims: “It’s Vodou! I can’t let this show up, it’s not possible. They must be removed otherwise they will be ripped off”. A discussion took place until the day before the opening, the display was done in the evening for the inauguration the next day at 4 p.m. The artist was shocked, she did not expect this reaction which we considered legitimate. You have to listen to people, consider their reactions and try to understand why they react the way they do. We decided to let things happen, time to pass to see what it would be like the next day. We took photos in case the works were torn off. In fact, nothing happened. They are still there and there has been a very positive development on the part of the landlady, the owner and even the inhabitants of the neighborhood. Passers-by stop, another moment of suspension, they take an interest in it and read the texts. And, the residents of the neighborhood themselves have added graffiti around, no one touches the works. Someone posted his sign mentioning his offers of service as an electrician. It all seems extraordinarily beautiful to me. This demonstrates that people can evolve in their biases as in the case of performance today.

LCK: After being in the field, do you think the artists manage to keep the spirit of Yango and have control in front of an uninformed public? 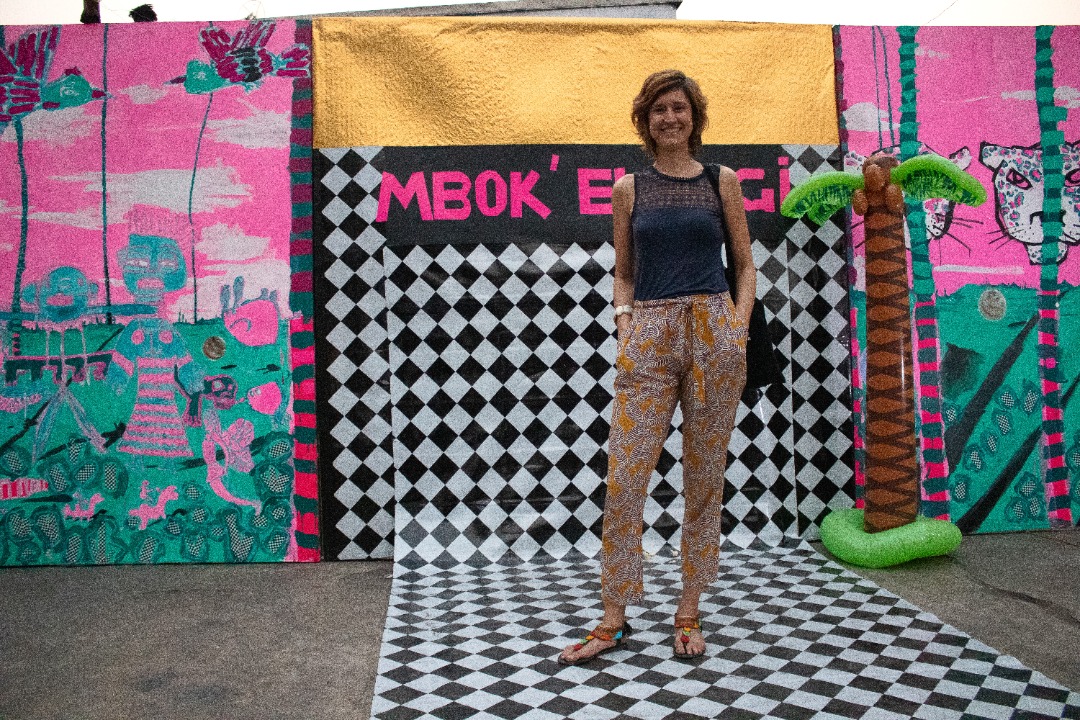 SAG: Several artists were inspired by this call to invest the public space and did things very quickly. We asked for authorizations to circulate in very specific spaces without anyone really knowing what was going to happen. The artists also surprised us. We were able to keep control up to a point but there were also a lot of things we couldn’t control. It was up to the artists. During Yas and Claudia’s performance, some thought it was witchcraft, magic. They didn’t understand why rituals were set up with candles and rather strong gestures. I told them to wait until the end to ask the questions. It lasted forty minutes and they waited. These encounters are moments that can change people’s perceptions of life. I’m sure they’ll keep talking about it. The feedback has been fabulous.

LCK: Yango continues after you leave. What was your subject at the time of wonder, the most significant project of all at its beginning?

SAG: My amazement was to see the way the artists responded to the call. It impresses me as a curator to see that this project imagined with Yala evolves over time, the way in which the artists appropriate it and each respond to it in an absolutely different way. It goes beyond what we could have imagined. I’m surprised and think that’s the most touching thing. Every day of my stay here in Kinshasa I experienced some pretty strong moments thanks to the artists who got involved with us. It’s not about a particular project, but rather the energy, the complicity that made it possible to take up the challenge. It is the feeling of experiencing something elusive.

Interview. Sara Alonso Gómez: “I felt a great curiosity and a great ability to adapt”