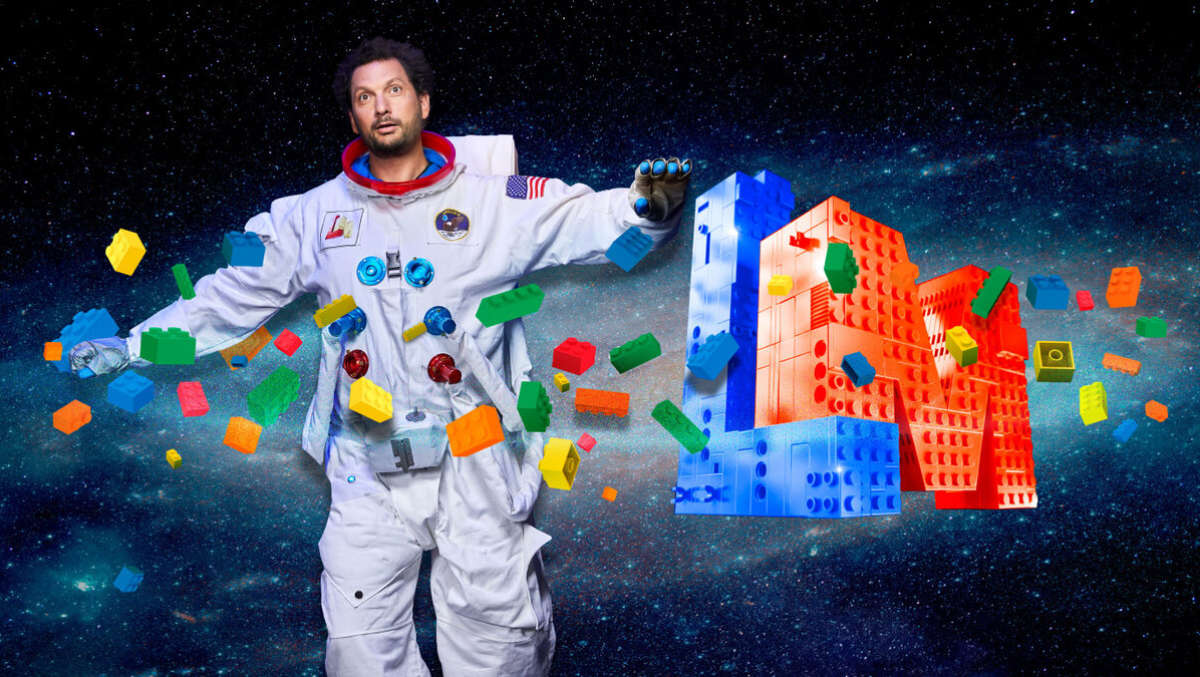 Tool of artistic expression, subject of entertainment, support for scientific workshops: more than a simple toy, the Lego brick stands out as a cultural asset in its own right.

Usually, it is in the corridors of Hogwarts that he evolves. But this winter, Harry Potter is swapping his school of witchcraft for the halls of honor of the town hall of Levallois-Perret (92). The boy didn’t make the trip alone: ​​he came with a million and a half Lego bricks. Through some forty models, the “Lego Harry Potter” exhibition revisits the first volume of JK Rowling’s successful saga (Harry Potter at the Sorcerer’s Stone, released in 1997). XXL furniture, giant sculptures, brooms, accessories, decorations: the whole universe of the sorcerer’s apprentice is reconstituted and staged in furniture and objects found at Emmaüs.

This new Lego exhibition is being held just a few months after another, which presented creations inspired by the fables of Jean de La Fontaine at the Palais Vivienne. The two events were organized by the Histoire en briques company, to which we also owe past events around architecture, paintings by masters or space conquest. “The Lego brick makes it possible to popularize the world around us, explains Éric Jousse, director of Histoire en briques. In addition to commercially available toy sets, it has become a tool for representation and artistic expression. I often compare it to the painter’s gouache or the sculptor’s clay: you can do whatever you want with it. Explain the present, imagine the future or reproduce the past. »

Backtracking, indeed. The Lego company was born in Denmark in 1932, from the imagination of a carpenter who had fun building small vehicles and wooden animals. contraction of words “leg” and “godt” (meaning “to play” and “well”), Lego marketed its first plastic bricks at the end of the 1940s and refined their composition until 1958. The formula is a winner, international success: in addition to invading homes , the brand opens amusement parks, develops derivative products, video games and films. Overwhelmed by the advent of digital toys, the company nevertheless came close to bankruptcy in the early 2000s before bouncing back, thanks to a series of very profitable licenses. (Star Wars, The Snow Queen, The Simpsons…).

But the real success of the brand today is measured by its omnipresence in sectors far removed from toys. In 2015, the American artist Nathan Sawaya, author of spectacular Lego creations, invites brick into the circle of contemporary art. And sees one of his most famous works recovered by Lady Gaga for one of his music videos. A few years later, the artist did it again by reconstructing, still in Lego, superheroes from the DC Comics universe.

Sign of its popularity, the brick invites itself to television today with the entertainment program Lego Masters : the game, inspired by a British program, opposes pairs of candidates on construction tests. The third season, which ended a few weeks ago on M6, brought together 1.4 million viewers for its finale, many of whom watched the episodes as a family. If the hearings are down compared to previous seasons, the channel is still thinking of extending the adventure. “We don’t know yet if there will be a season 4, but it’s very likely, answers Marie Paumier Herscovic, communication manager at M6. Matching games, and more particularly brick games, are intergenerational and very “challenging” because they make it possible to create beautiful challenges. They are also extremely visual. The brick competition is therefore a good subject of entertainment. »

The success of Lego, moreover, is due in particular to its ability to bring generations together. “This year, the brand is 90 years old, Éric Jousse analysis. This means that parents, children and grandparents had these bricks in their hands. It is an experience they can share. » Some have never stopped playing and come together in so-called AFOL groups (for “Adults Fans of Lego”). “Once a month, our members get together for collaborative creation sessions or challenges, explains Cécile Lefevre, secretary of Brisya club that brings together one hundred and sixty enthusiasts in the Yvelines. Each year, we also organize a collective exhibition. Lego appeals to all ages and profiles. Our youngest member is 2 years old, the oldest in his 60s. »

Lastly, the brick now has a pedagogical use. Established in France, the American company Play Well uses it to organize initiations to mechanics, engineering and architecture for children. ” We have nothing to do with the Lego brand but we use their material, explains its scientific manager Béatrice Biagini. We put in the hands of children technical parts such as pulleys, racks and pins that allow them to make mechanisms. The objective is, through the Lego game, to provide scientific and technological content. »

From the town hall of Levallois-Perret to the clip of Lady Gaga, Lego are everywhere