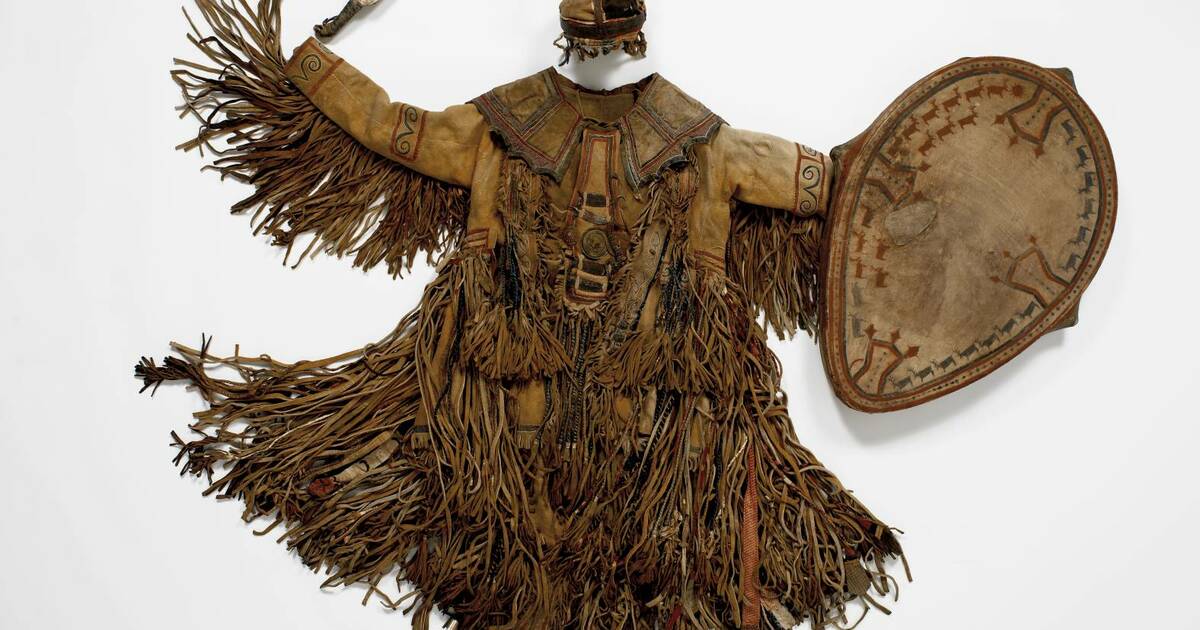 Anthropologist and linguist, Roberte Hamayon (Practice School of Advanced Studies) has done a lot of research in Mongolia and Buriatia. She has notably published the Soul hunting, sketch of a theory of Siberian shamanism (La Völva reissue, 2017) and Shamanism, foundations and practices of a religious form of yesterday and today (Eyrolles, 2015).

Where does the word shaman come from?

“Saman” is a Tungusic term. This people traditionally lived from hunting and reindeer herding in Siberia. The root means “to move the hindquarters”, speaking of animals, during the rut. During rituals, the shamans of the taiga wore a stylized iron antler crown, all signs of a connection with hunting.

For the peoples of the Siberian forest, the human species is one species among others. She must be integrated into the food chain and for that agree with the species she consumes: she can take their meat or the flesh of animals with impunity and must do everything so that their soul “comes back” for a new life. This is the principle of shamanism. We imagine that each species has a spirit, a kind of collective soul. During a great annual ritual, the shaman concretizes this exchange, by “marrying” an imaginary female deer. She represents his species and he, his human group. He thus obtains, in the form of the right of the husband over the wife, the right to hunt.

Hence the role of the crown with antlers?

Yes. For this “marriage”, the shaman must look like a deer. At the beginning of the ritual, he sways, leaps, stamps his feet, like a reindeer in heat. He must repel his rivals, shamans from other groups. Then he extracts luck from his “wife”: promises of game. The notion of alliance is not specific to shamanism. Think of a nun’s veiling in Christianity, it’s like a “marriage” to Christ. In the Middle Ages, the king was the “husband” of his kingdom and the bishop that of his bishopric. This matrimonial metaphor is very important. The king had to take care of the kingdom. The shaman had to protect the living environment of his reindeer “spouse”: the forest. The planet is not infinite, we must take care of it. The shamanistic peoples feel the precursors of ecology.

What does humanity give back for the right to hunt reindeer?

She makes herself. One delays the moment of death as much as possible, but one must die on the way to the forest, hence the ideal of “voluntary death”: the old hunter goes off into the wild. The bodies are placed on high platforms, offered to scavengers. Spirits of carnivorous species are thought to suck human vitality throughout life: this is the explanation for disease and death.

Were these rituals still practiced when you traveled to Siberia and Mongolia in the late 1960s?

No. There were a few underground shamans left, that’s all. The practice was lost. Settled, people no longer lived from hunting. The shaman was regarded with contempt by the Soviet authorities, as by the imperial authorities before. To understand, we must go back to the history of the diffusion of the term “shaman”. At the end of the 17th century, in the account of an archpriest of the Orthodox Church exiled in Siberia, the shaman appears as a diabolical, extravagant and primitive rival. It remained so for a century, in Russia and in Europe. But gradually, this perception is changing. Influenced by the Enlightenment, the German scholars sent to Siberia by Peter the Great no longer saw the shaman as a religious figure, but an impostor who had to be unmasked and denounced. And the practice became clandestine from the end of the 18th century.

Over time, shamanism has become a Western construction?

Yes. After the image of the charlatan, there was the romantic wave: at the beginning of the 19th century, the shaman was perceived as a noble magician capable of confronting the hostility of the wild nature. It doesn’t last. In the middle of the 19th century, colonization again changed the Western perception of the shaman. In Siberia, the shamanist populations multiply the rituals to fight against the colonizer. These rituals comfort them, relieve them. The observers, doctors, administrators let it happen. Even if they interpret the shaman’s gestures as psychopathological. Thus the “therapeutic” vision of shamanic practice was established in Siberia. At the same time, everywhere in the world, in America, in Africa, the Western colonists observe sorcerers, healers, soothsayers… However, soothsayers, we had some in our country, and healers, there were still some in our campaigns. So we decided at the end of the 19th century to call them “shamans”, because this exotic term made it possible to make a clearer distinction between “us” and “the others”.

Shamanism was then very fashionable with us…

The origins of this vogue can be traced as follows. In the 1960s, the books of Mircea Eliade and Carlos Castaneda came out in the United States: they exalted the idea of ​​the spiritual quest. This is the era of the decline of the great religions, of decolonization, of the discovery of indigenous peoples, of the beginning of the ecological wave and of the new age… Neoshamanism is a fundamental element in the development of the new age, and vice versa. The American anthropologist Michael Harner, who had seen shamans among the Jivaros of Amazonia, created a neo-shamanism for Westerners, without cultural reference to either South Americans or Siberians, under the name of core shamanism, or “essential shamanism”. In the 1980s he founded the Foundation for Shamanic Studies, which has created subsidiaries all over Europe. As soon as the Soviet Union fell, Michael Harner traveled to Siberia to tell the indigenous peoples “we will teach you your shamanism again”. He played a big role in the revival of shamanism that we see there today.

What is the function of shamanism today?

He responds to private requests, which fall within the sphere of the intimate, individual or family. Of course he is paid. The new shamans, men and women, have been numerous for twenty years, especially in the cities. The reasons for resorting to their rituals are varied: health, fertility, finding a husband, passing exams, ensuring that a trip goes well… In South Korea or Taiwan, you can shamanize to play on the stock market. The common point between all that one can ask of a shaman is that one cannot produce it: to obtain it, one needs “luck”. It used to be the right to hunt and luck in the hunt, today it’s just luck, in any field. We can find shamanic-type practices here, such as a mass for truffles near Montélimar, or the little boxes distributed in the Paris metro by marabouts who promise love or success in business, or even the cords tied around wrist to say “it’s my link with such a spirit, it protects me”. In no case is it a worship of a deity. The basic shamanic idea is that your soul, to you, human, can make a profitable agreement with such or such spiritual authority, as formerly in the hunting life with the spirits of game species. This is also why shamanism is successful, although people are not aware of it: it is not about kneeling before a god. We don’t pray, we try to get as much as we can from the spirits we think we have a relationship with. We have towards them an attitude of complicity and not of obedience. This goes perfectly with our era, individualistic and liberal, where we establish networks of relationships. There is nothing to worship, there is no hierarchical relationship, there are common interests and exchanges.

Roberte Hamayon: “The planet is not infinite, we have to take care of it”