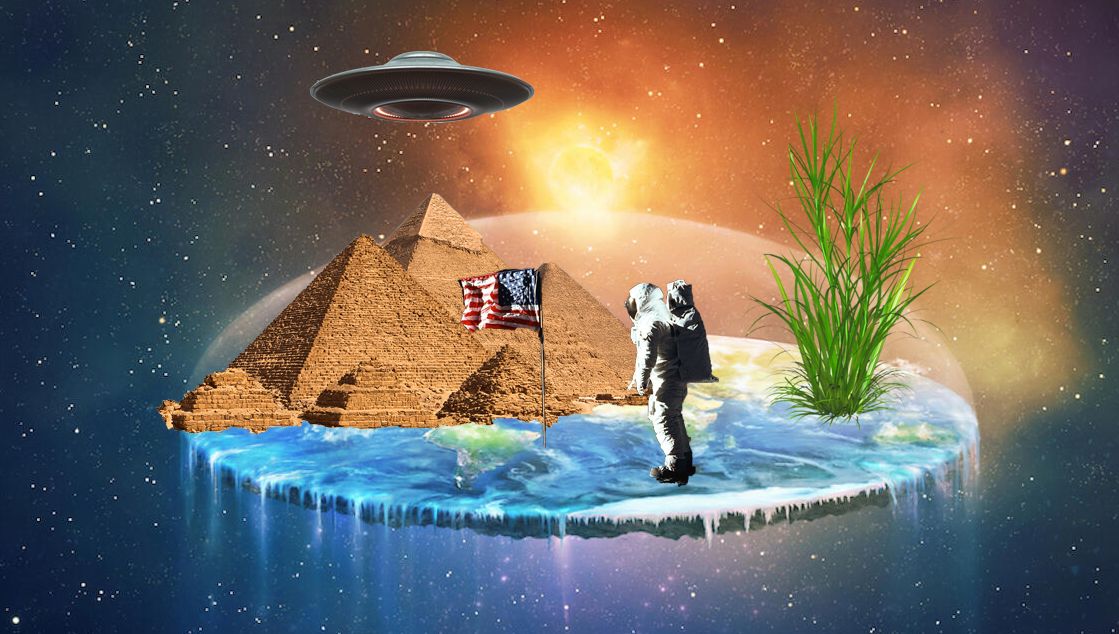 Young people are gullible. It is an affirmation which is verified in our time, as in the past. However, in recent years, the emergence of social networks has brought conspiracy theories to the fore. Many people are confronted with it, especially young people. At an age when discernment is not given to everyone, a lot of fake news spread on the Internet quickly becomes absolute truth. In particular on TikTok where accounts entirely devoted to conspiracies are followed by very many users. We have therefore listed the most widespread beliefs and theories among these young people, from 11 to 24 years old.

The Egyptians would not be the creators of the Pyramids. According to this theory, they would be the work of extraterrestrials who came to Earth to found these monuments. And even if this conspiracy may seem laughable to many people, one in five young people nevertheless believes in it. Nice aliens…

NOT TO BE REPRODUCED AT HOME! One of the massively shared recent theories on TikTok is about abortion and can be very dangerous for your body. Many doctors have warned young people about this widespread belief (25% of young people believe in it) that it is possible to have an abortion, naturally and from home… thanks to plants. Through infusions or even a bunch of parsley directly inserted into the vagina. OBVIOUSLY, do not attempt this. You will run straight to infections.

That one, everyone knows her. All the studies carried out for decades by great scientists are called into question. The Earth is not round, but flat. So, of course, that raises a whole host of questions that conspirators would have a hard time answering. But the multitude of documentaries that seem very serious at first sight have overcome the credulity of young people. 16% of respondents are convinced that the Earth is flat. Sweaty Orelsan…

Trip to the Moon

Like the previous one, the theory of a trip to the Moon created from scratch by the Americans is very popular. In the studio or in computer graphics, everyone has their own idea of ​​how this plot was orchestrated. Result: many people believe in it hard as iron. And in particular one in five young French people.

The theory of evolution. The millennia during which life was transformed in order to allow humans to exist. Well… 27% of young people don’t believe it. A theory generally refuted because of religion, which is directly opposed to the scientific truths brought to the wire of History. To each their own…

Paranormal Activity wouldn’t be science fiction, the Ouija board would really work, and ghosts would haunt our homes (right Enjoy Phoenix). These are very widespread beliefs among young people, eager for thrills and terrors. More than one in two young people (59%) believe in at least one supernatural superstition. ghosts come first. In front of demons and marabouts…

In the same genre, we find beliefs for all the “sciences” capable of predicting or reading the future. We have all already met someone convinced to have consulted a real clairvoyant, endowed with a gift. Among young people, the phenomenon is still true. 50% of respondents see astrology as an exact science, 38% believe in clairvoyant predictions and 36% in witchcraft.

The FIFG survey puts forward a rather alarming figure. While young people say they are less and less confident of traditional media, they seem to give surprising legitimacy to the personalities they follow on social networks. 41% of 11-24 year olds, almost one in two, believe that an influencer who has a large number of followers would be likely to be a reliable source. This explains that…

So don’t forget. Do not believe everything you are told and even less on social networks…

These most famous beliefs and theories among young people

Paquita Parra case: 25 years after her tragic death, her relatives have never been so close to disco...
Marvel: multiverse, Kang, but where is Phase 4 going?
“Cut!” : zombies so close to us
Tweet
Share
Share
Pin