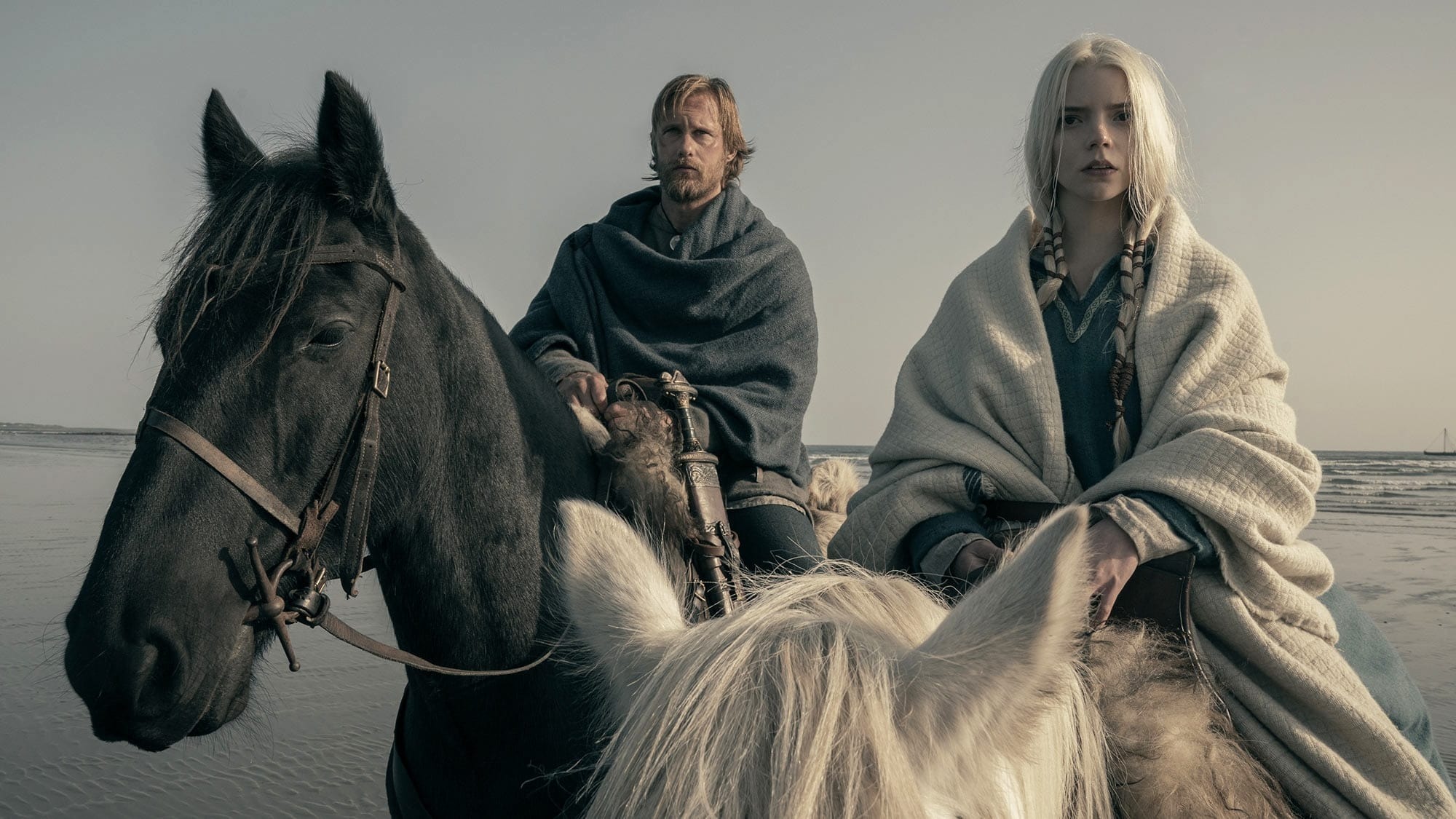 The Vikings in the spotlight

Although the nordic universe is quite present in other mediums (the series vikingsvideo games Assassin’s Creed Valhalla and God of War: Ragnarok), we can’t say that today’s cinema is particularly fond of this universe. The 13th warrior dates back to 1999, Valhalla Rising to 2009. And even though Thor has grown in popularity with Marvel, you can’t say that Thor: Ragnarok (2017) has particularly sought to pay homage to this mythology. Therefore, it is only natural that the third feature film by Robert Eggers, The Northmanplot.

Remember that it is with The Witch, in 2015, that we discovered the talent of the filmmaker. A fascinating horror film with a background of witchcraft, in which Anya Taylor-Joy took her first steps. After that, the director confirmed with The Lighthouse (2019), hallucinating black and white film starring Robert Pattinson and Willem Dafoe. The Northman then appears more accessible, with a linear story and rather classic, but sublimated by the staging of Eggers. It is above all an opportunity for the filmmaker to deal witha new mythologyafter the witches and mermaids of his previous films.

For The Northmanthe filmmaker was directly inspired by the Nordic sagas (which would have influenced Shakespeare for the writing ofHamlet). We follow a young Amleth, who witnesses the death of his father, King Horwendil. The latter is betrayed by his own brother, Fjölnir, who thus seizes the throne and orders the death of the young prince. But Amleth manages to escape and swears to return one day to avenge his father, rescue his mother, and kill Fjölnir.

The Northmanbetween dream and reality

Years later, Amleth has lost all humanity and has forgotten even his vengeful mission. Having been picked up by a group of warriors, he engages with them in the looting and massacre of a village without showing the slightest emotion. A virtuoso sequence during which Eggers talks his talent as a directorwheras’Alexander Skarsgard turns out to be madly brutal. The actor adopts a heavy, almost animal gait, and remains unmoved when village children are burned alive. It will then require divine intervention to remind him of his promise.

The strength of the filmmaker with The Northman is to present a work that wants to be authentic, with a cold violence where no one is spared, while opening the door to spiritualism. Because these elements (Odin, Valhalla or the Valkyries) which, for us, are fantastic, are very true in Viking culture. And in his film, Eggers does real and oneirism converge in a very beautiful way, with very theatrical asides in front of the camera. He also manages to maintain a permanent doubt about these mystical apparitions. At least it leaves the spectator the possibility whether or not to accept this mythology – determining for the conclusion, tragic or positive according to our degree of acceptance.

From then on, the director can engage in a succession visceral sequences absolutely fascinating and of a certain beauty. Whether it’s during Amleth’s mind-blowing rite of passage (who crosses paths with the excellent Willem Defoe for the occasion), in the astral visions of the hero’s family treeor in his union of a rare sweetness with Olga (superb Anya Taylor-Joy), a slave sold in Fjölnir.

A sublime proposal by Robert Eggers

The visual quality of The Northman is undeniable. As much in the staging of Eggers, as the natural settings used or the use of colors. In particular, we go from a cold greyness to a tense blue before a burning finale dominated by the warm colors of an erupting volcano. And if Alexander Skarsgård gives himself physically, the rest of the cast (Nicole Kidman, Anya Taylor-Joy, Willem Dafoe or even Ethan Hawke) displays a necessary confidence in Robert Eggers in the most delicate passages where ridicule could have prevailed.

Despite all these qualities, one could judge the scenario of The Northman too classic. Basically, yes, it’s abouta simple story of revenge. However, from this basis, Robert Eggers derives a real greek tragedy where the question of choice and fate arises. Moreover, the director leaves desecrating parental and heroic figures with an expected but necessary turnaround. From then on, within a less and less original and surprising Hollywood production, Eggers’ radical and destabilizing proposal can only be welcome.

The Northman by Robert Eggers, in theaters on May 11, 2022. Above the trailer. Find all our trailers here.