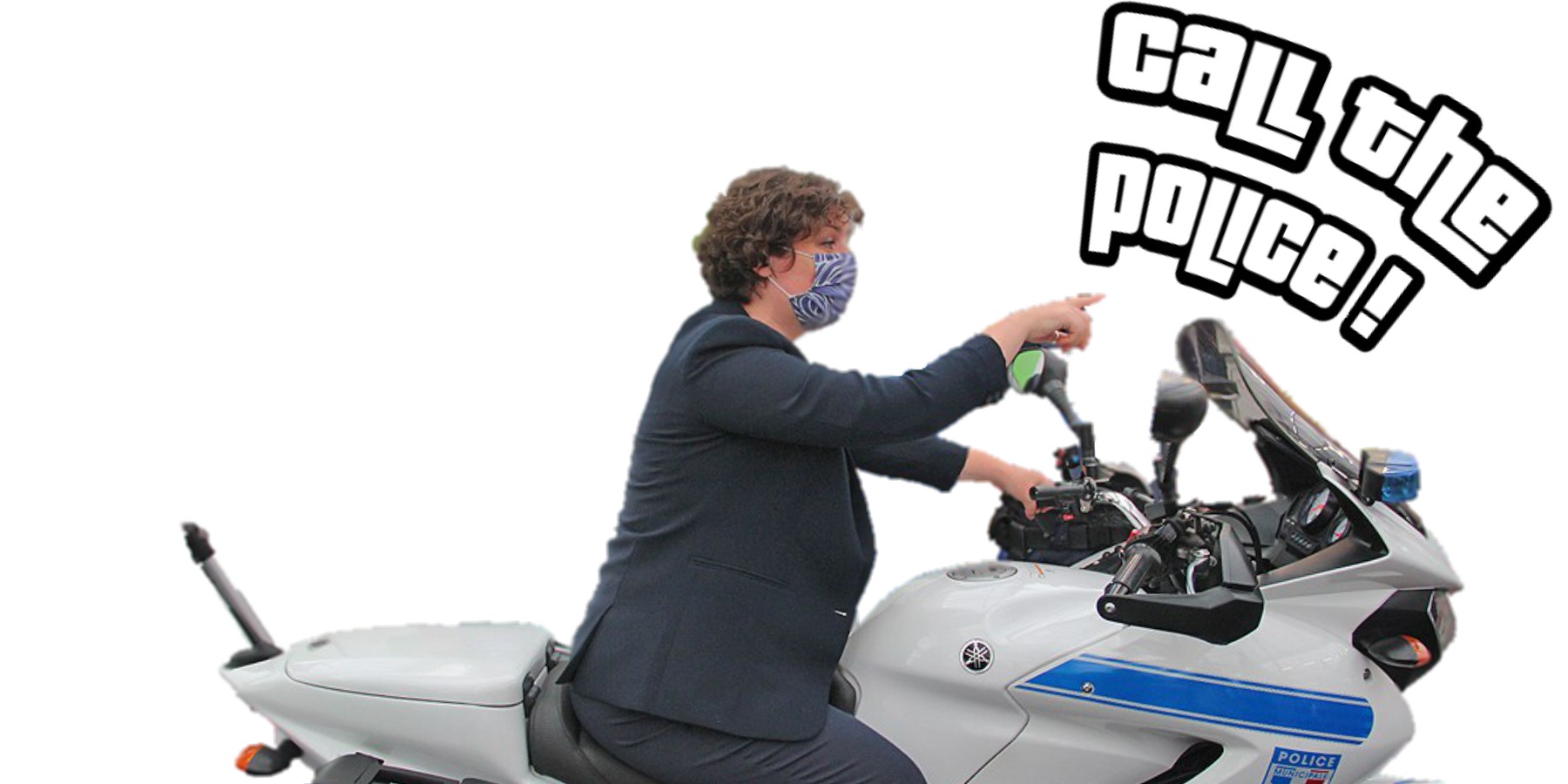 Welcome / Strasbourg / Maryline, the Strasbourg designer who puts witchcraft in her jewelry

Alsace is a region nourished by a multitude of legends of witches and mischievous creatures. Hills, stones or castles all have an esoteric story to tell. And precisely, Maryline finds her inspiration in our folklore and in the world of Tolkien, to create magic jewels with protective stones. We went to meet her in her workshop located in the valley of Masevaux.

From the first glance at Maryline’s pendants, we understand that her universe is populated by tales, fairies and elves. It is not by chance that she chose “Les Échos de la Gorge aux Loups” as her name: a nod to a mythical place in Ferrette, the Haut-Rhin town in which she grew up..

The legend tells that several couples of dwarves would once have cohabited with humans, living and working in small rock houses, on the heights of the city: “The Gorge Aux Loups is a place in Ferrette, in which the Gorge des Nains is located. And suddenly the echoes that come from this place are the sounds of the dwarves that we hear digging in the back of the cave”. The mystery hovers. Does Maryline make her jewelry herself, or does she just go and collect them already made by her small Ferret subcontractors?

“I put magic in my creations”

What Maryline certainly shares with the dwarfs of the Gorge aux Loups is a sensitivity for beautiful materials and semi-precious stones, which she incorporates into all her creations.. According to certain beliefs, the stones would be loaded with various energies that would bring protection, strength or soothe the pains of the soul and the body. Each personality would have its reference stone, which would be like a talisman in the moments of life: “Sometimes, I chat with certain people, and I immediately feel which stone could correspond to them”says the designer.

Despite everything, Maryline does not want to present herself as a specialist in stones and keeps a distance with the practice of lithotherapy. : “I don’t necessarily do lithotherapy because I don’t think I’m trained enough […] I give small directions but I don’t go into too much detail on the subject because I don’t really master it”. For the moment, she rather selects the stones that will come dressed in her creations by pleasing herself above all: “I choose my stones according to the shapes, colors […] in fact, it is the stones that inspire my work”.

” Tolkien is my main inspiration”

Each jewel born from Maryline’s know-how is unique, and imbued with magic, as she announces on her Etsy page. When asked for her secret to slipping protective formulas into her stones, the designer explains that it’s just a matter of having good thoughts at the time of manufacture: “I put magic into my creations by manipulating them […] I transmit good vibes by having positive thoughts. In addition, I work with copper, a metal which is very conductive, in electricity, but also with energies”.

This is how each jewel would diffuse something, like a stone of power which would come to accentuate our qualities and our strength, a little like the rings of power in the work of JRR Tolkien, which is moreover one of the sources major inspiration from Maryline: “Tolkien is my main inspiration. Often, the names of my creations are taken from characters in his tales”. We thus find “The Lady of Lòrien”, or a pretty pendant in the shape of a drop which bears the sweet name of “Tear of Arwen”.

If you too have been won over by Maryline’s pretty intertwined lines and colorful stones, you can find her creations on her Etsy page, but also on Facebook or Instagram, where she regularly shares her new pieces. It is also possible to personalize a jewel with the stone of your choice, to please or have fun!

The Echoes of the Gorge aux Loups

Maryline, the Strasbourg designer who puts witchcraft in her jewelry