In recent times, cases of fraud and scams are increasing on social networks in a worrying way. Counterfeit goods, foreign travel, witchcraft… the gangsters of the Net do not lack imagination to trap the most gullible among us. The latest case is that of the fictitious company, BLB Finances, whose case is being heard by the Oran court.

Are prosecuted, in this file ofscamof fraud and D’background extortions, six people, including the boss of the company and a woman in her forties. Justice initially sentenced said boss, currently on the run, to 7 years in prison.

While postponing the case to a later date due to the absence of victims, the judge nevertheless underlined the mandatory nature of the presence of all the names mentioned in the dismissal decision during the October 9 session for the issuance of the final judgment. The public prosecutor at the court of Fellaoucène had previously issued a arrest warrant against the director of the company, the so-called B. A., for his refusal to appear before the authorities in charge of the investigation.

A scam worth more than 52 billion

Courtroom No. 4 of the Court of Oran experienced a massive presence of victims from a dozen wilayas, mainly from Ouargla, Annaba, Constantine, Algiers, Blida, Oran, Tlemcen, Mostaganem and Chlef… In total , more than 820 people fell into the nets of this illicit extortion network. The police have also intensified their presence in order to remedy any organizational dysfunction. 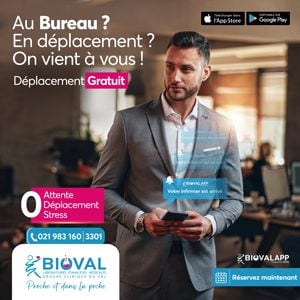 The facts date back to October of last year (2021). Six individuals were guilty of a large fraud operation in which they defrauded approximately 820 people. Their modus operandi consisted of selling the victims equipment, spare parts and vehicles in return for the payment of an advance equivalent to 30% of the total amount. Its value was between 30 and 80 million cents. The payment of the rest of the sum was to be made over a 5-year schedule, without usurious interest. The investigation of the Security of the wilaya of Oran revealed that the value of the scam exceeded the 52 billion cents.

Two managers and three accountants of BLB Finances are already under arrest. The main defendant, namely CEO BA, quickly closed his office in the Belgaïd district to escape prosecution. Today, he is still on the run. In order to give himself credit and attract more victims into his nets, the latter published videos on social networks showing customers who had vehicles and equipment delivered. But in reality, the victims, after the payment of the advance, never received their goods.

It should be noted that the six defendants face sentences ranging from 4 to 7 years in prison.


Visit our social media accounts along with other related pageshttps://nimblespirit.com/related-pages/