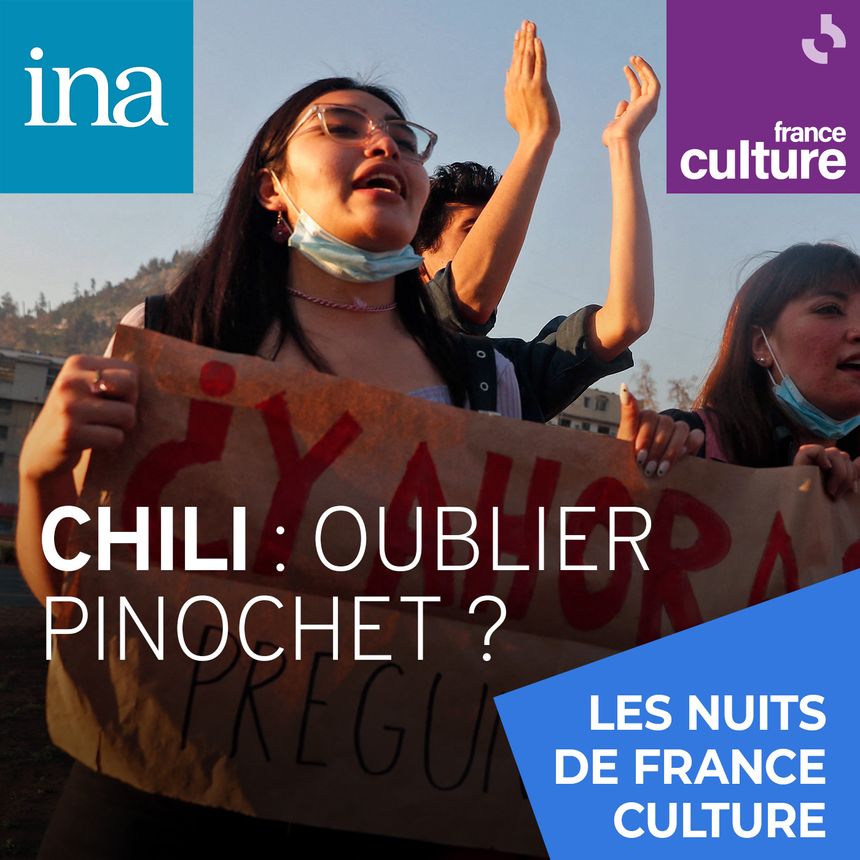 📧 To subscribe to the newsletter, and receive it every week for free by email.

on the program of this Session: a zoom on the political situation in Chile, explanations on a scientific study affirming that one out of two deaths due to cancer could be avoided, on the National Council of the refoundation desired by Emmanuel Macron, but also on the merger between TF1 and M6 without forgetting a tribute to Elizabeth II, a documentary series dedicated to astrology or meetings with Lola Lafon and Jane Goodall! Happy listening 🎧 Irene Ahmadi

Focus of the week: Chile, the long road to democracy

🇨🇱 ❌ The rejection of the draft new Constitution last Sunday highlights a deep division within the Chilean people marked by the legacy of the Pinochet dictatorship. Find a selection of programs to better understand the major issues related to this South American country.

Does the no to the Constitution in Chile relaunch the democratic process? (Time for debate, 38min)

Has Chile judged all the crimes of the Pinochet dictatorship? (International Issues, 10 min)

This is what should be called the Pinochet effect (L’humeur du matin by Guillaume Erner, 2 min)

It’s in the news

🤒 Cancer and mortality. Nearly half of cancer deaths worldwide could be prevented. This is the conclusion of a scientific study published in The Lanceta British medical journal. (The Journal of Sciences, 6 min)

🗣️ Refoundation . Imagined by Emmanuel Macron, the National Council for Refoundation (CNR) opened on Thursday, September 8. The goal? Open a new space for debate between parliamentarians on the subject of school, health, full employment or even ecology. A dialogue that has not yet taken place since several unions and opposition parties have declined the invitation. (Time for debate, 38 min)

📺 TF1 and M6: the merger in question. The two channels, longtime rivals, are considering a merger project that should enable them to better withstand competition from VOD platforms. But the creation of a French audiovisual giant worries professionals in the sector… Could this merger be a project of sovereignty or an abuse of a dominant position? (Do you hear the eco, 58 min)

“The Queen passed away peacefully at Balmoral” could we read on the death notice of the queen of England. After seven decades of reign, Elizabeth II died on September 8 at the age of 96, and her disappearance marks the end of an era. Thanks to this Grande Traversée, immerse yourself in the imposing destiny of this monarch with fascinating impenetrability, from the beginning of his reign in 1952 until today.

Astrology: who would have thought?

Although it has existed since Antiquity, and having lost its scientific character since the Renaissance, astrology has experienced a lively revival of interest in recent years. But what place does this divinatory art really occupy in our society? And how to explain such enthusiasm? The answers are to be found in this documentary series by Léa Capuano.

🔮 LSD: Astrology: the discreet charm of the smokescreen (4 x 59 min)

📈 Mayors facing inflation. Do not touch public services, fight the market… These are some of the strategies put in place by Jean-Pierre Bosino, mayor of Montataire, a small town of 13,000 inhabitants located in the Oise, hit hard by the ‘inflation. (Territorial issues, 13 min)

📓 Lola Lafon and the diary of Anne Frank. In When you listen to this song (Stock), the novelist tells the story of her night spent in the Annex where Anne Frank slept. A unique ten-hour experience through which Lola Lafon tries to “make something out of this void“. (Welcome to the Club, 27 min)

You have 3️⃣9️⃣ minutes

📺 Fantasy. On the occasion of the highly anticipated release of “house of the dragon“, prequel series of Game Of Thrones and “The Rings of Power“which is inspired by Lord of the RingsAnne Besson, professor of literature, and Jean-Philippe Jaworski, writer, discuss the definition and success of fantasy, a literary genre that has continued to gain in popularity. (Welcome to the Book Club, 39 min)

You definitely have 6️⃣0️⃣ minutes

🐵 Primates. Meeting with the famous primatologist Jane Goodall, whose work has revolutionized the natural sciences and in particular the relationship between human beings and animals. (Science, CQFD, 60 mins)

It’s already the end of this catch-up session. No, no, it is not a joke. While waiting for next week, let yourself be lulled by our meeting with the famous rapper MC Solaar. Or are you more interested in stand-up? If so, don’t panic, we have what you need: a series in which comedian Gad Elmaleh talks openly about his life and his journey. Very good weekend, see you next week 👋