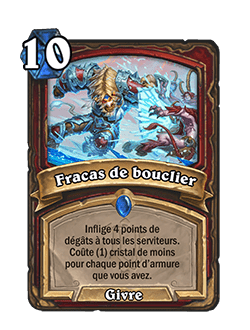 Update 23.4.3 will be deployed today in the Inn. This brings a fresh round of balance changes for Hearthstone, Battlegrounds and Mercenaries. Find all the details in the full patch notes below.

Update 23.4.3, which will be released on June 16, contains several balancing changes for Standard, Battlegrounds and Mercenaries, among other things!

Developer Comment: This update has a lot of big balancing changes for Standard Mode (as well as one for Free Mode) with different goals. First, we want to reduce the power of the strongest decks in the metagame (the Blight Demon Hunter and Control Warrior variants). A good half of these tweaks are for balancing and aiming to fix the winrate of those decks in particular.

Other changes in this update are more about improving the gameplay experience for people who face some of the most divisive maps in the game.

The power of the following cards has been reduced:

Returning from the tides 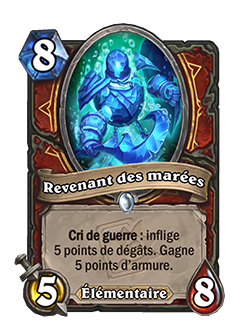 Threat from the depths

Developer Comment: Both the Charge Warrior and Control Warrior variants are too powerful in ranked play, and the higher you climb in rank, the higher their win rate. These two archetypes share several key cards, these adjustments aim to reduce their effectiveness. While these decks won’t disappear altogether after this update, we hope to make some of their more frustrating moves impossible (or at least less daunting) (for example, Nellie’s ability to create a Mr. Smite at cost from 1).

Developer Comment: The other class that has had an excessive win rate since the last miniset was released is the Demon Hunter. We may be happy to see that the revised and corrected version of Xhilag works well, but we cannot say that we appreciate knowing Caria able to create a copy with a little advance. In addition to slowing down this interaction, we’re taking a hit point off War-Worn Vanguard to reduce its chances of holding out early in the game, and thus causing an effect. snowball.

Developer Comment: The Rogue is one of the most played classes in Standard mode, and we felt it was unfair to make adjustments to other popular classes without reducing its power to a minimum. Balancing Madpaw Gnoll wasn’t easy, but we’re confident this new change will stabilize both the map and the class.

Developer Comment: All the better if heroic cards allow their class to shine in the late game, but we felt Cariel was helping his class a turn too early. The Paladin enjoys a good balance within the current metagame, and thanks to the other tweaks in this update, that shouldn’t change.

Developer Comment: Bile-Lashing Siren is such a fun and interesting card for Naga Mages decks, but we thought it could end games without really being able to counter it. This adjustment aims to give her opponents one more turn to manage the troops she can generate.

Developer Comment: The Druid can’t be said to dominate since the last mini-set was released, yet it can be very frustrating to lose to him. Scales of Earth seemed too efficient to us compared to its cost of 1 crystal. Also, we’re increasing its cost by 1 to make the class a bit easier to attack mid-game.

Developer Comment: Our analysis following the release of the miniset prompted us to take a look at Free Mode, and more specifically High Shaman decks. These can sometimes land some serious blows very early on, which makes any resistance futile. We quickly identified the main source of this problem, both short-term and long-term: Lightning Bloom. This is why we are making such an adjustment.

Developer Comment: Mr. Smite is a powerful card that can end games, but isn’t meant to be that strong right now. This tweak should make him a bit more manageable in the mid game, while also slowing down the various combos he gets involved in.

Developers’ Comments: While overall we’re happy with the mechanics Teacher provides, such a powerful Battlecry card doesn’t need such stats. This tweak shouldn’t diminish her appeal, but we’re hoping it will make her less ubiquitous.

You can collect the full dust value of the above cards for 2 weeks after the deployment of Update 23.4.3 (the Fundamental versions of the cards as well as the gold versions of the Tutor granted as part of the reward track ofIn the heart of the sunken city are not affected).

Developer Comment: We are making this change for clarity only, it is not functional.

The following heroines and heroes have had their armor level increased as follows:

The following heroines and heroes have had their armor levels reduced as follows:

Mistress of the Tides Athissa