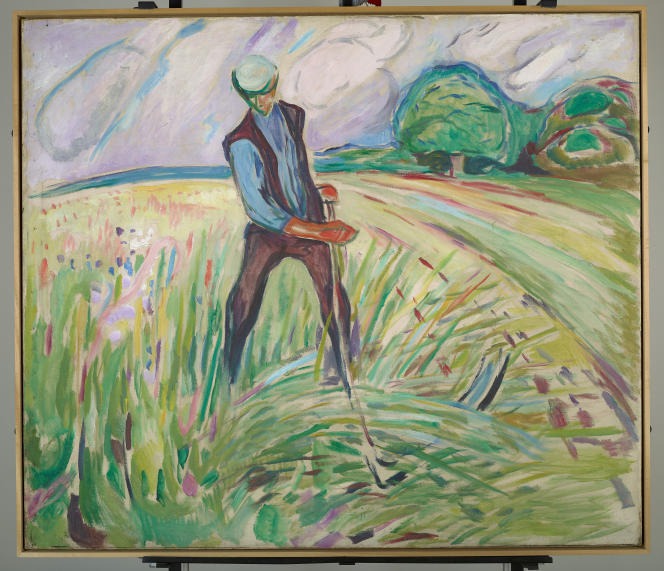 When he had finished My battle, this masterful literary adventure which made him world famous, Karl Ove Knausgaard wanted to be done with himself. Not to end his life. But twist the neck of the devouring “I” of the autobiography. The Norwegian writer had indeed spent three years talking about him. Exclusively from him. On nearly 4,000 pages and for six volumes (Denoël, 2012-2020). He had searched the recesses of his conscience with the will to say everything, absolutely everything, family, frustrations, humiliations, traumas… from his early childhood until he was 40 years old. That was enough. He had to slip away.

It fell well. His wife was expecting a little girl and he would be able to concentrate on the arrival of this child. His idea was to write for her. Tell him about the world that awaited him. For this, he would cross two themes that are dear to him, non-human life (objects, animals, etc.) and the seasons. Like Vivaldi in music or Arcimboldo in painting, he would have his “Quartet of the Seasons”. It began with autumn, and it is the last of the cycle, In summer, happening to us today.

Read also: Article reserved for our subscribers Karl Ove Knausgaard: “I thought the thirst for writing would be quenched once I had said everything”

Currants, mosquitoes, bats, but also automatic sprinklers or ice cubes in glasses… the book looks like a picture book for little ones at first sight. He has the apparent candor, for example when the author explains that the bicycle is “a mechanical means of transport which consists of a frame and two wheels”. But Knausgaard has the gift of transforming trivial evidence into a source of wonder or an infinite enigma. He stops on everything, scrutinizes, admires, jokes, is surprised. When he observes the waves, the foam that forms, “dissolves and disappears in an incessant repetition”, it is to emphasize “this incomprehensible profusion of new beginnings” that characterizes our universe. “How many little bubbles of air can form on the surface of the ocean in the space of a single windy day? », he wonders. When he returns from crab fishing in the fjords, it is certainly to plunge these poor beasts into the broth of his saucepan, but not without first having studied the slow movement of their claws, and having wondered what ‘they see “with their eyes like peppercorns”. What is he teaching his daughter? That, to restore to banality its originality, one must know how to keep “open and clear” them ” canals “ of curiosity. “If they become blocked and darkened, your actions and your impulses will take over and completely direct your life”, he wrote. However, it is dangerous to “to be only a human and not a human who is part of the march of the world”.

You have 56.62% of this article left to read. The following is for subscribers only.

“In Summer”, by Karl Ove Knausgaard: the wonderful trifles