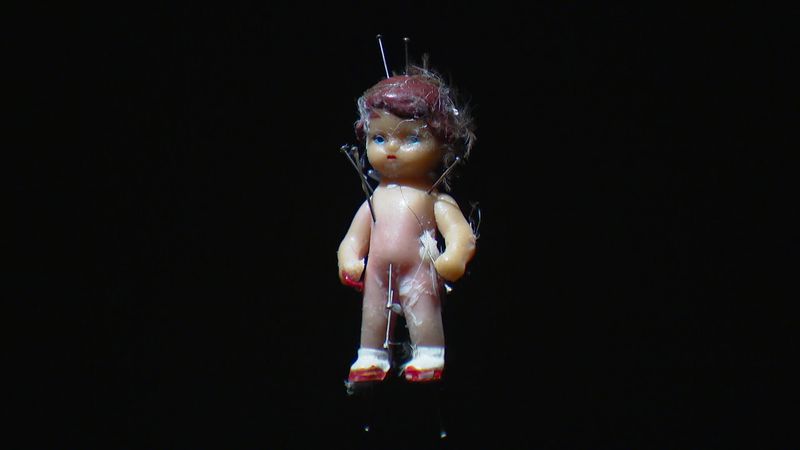 Superstition, magic or sorcery, the Musée des Confluences in Lyon takes visitors on board until March 2023 for an initiatory journey to the heart of the origins of our beliefs. To learn more about the rites of yesterday and today.

“Magic is found all over the world and at all times. From the oldest times to the present day”, explains Carole Millon, in charge of the “Magic” exhibition which offers a vast panorama of magical practices. From fairy tale witches to conjurer tricks, the Musée des Confluences plunges into a magical universe. About 400 objects are presented, some recently rediscovered.

This temporary exhibition dissects magical practices, from rural healers to the rituals of shamans. For Helene Lafont-Couturier, General Director of the Musée des Confluences, this exhibition was essential: “the role of a museum is also to explain, to help understand.” The idea was to create an exhibition “seductive and captivating” but also “soothing”. “We associated in the scientific committee a magician”. A collaboration for amplify “the side of illusion and wonder for the visitor”.

“Magic is a very vast universe. It covers very different meanings”, summarizes the curator of the exhibition. “In the word magic, we have different imaginaries. For some, it can be prestidigitation. For others, the magic of fairy tales, popularized lately with Harry Potter … there is also a magic of signs, healing.”

“The first written traces date back to Egyptian antiquity. The magic was very rooted in daily life: it is used to heal, to wish for good, for evil. It is something very pragmatic. It is also related to medicine. We use plants, we have beliefs in minerals”, explains Carole Millon, in charge of exhibitions. In the Middle Ages, witchcraft took its roots in nature, toxic amanita or healing mandrake. Magic used the virtues of plants.

Magical practices are generally linked to intentions, all over the world: “we seek to improve agricultural yield, we seek to have good hunts, we seek to protect ourselves from diseases… and sometimes, there are darker aspects: we seek to cast a spell”, according to Carole Millon. A final aspect more related to witchcraft but which is also part of magic.

The exhibition notably presents a statuette, revealing this last intention. A small piece recently rediscovered in Auvergne. The so-called “bewitched” statuette, found in the 1980s by individuals who were renovating a barn. They found her under a floor. It must date from the middle of the 19th century. “He is a character, probably a soldier, planted with nails in very specific places: the hearteyes, sex”, says the exhibition manager. “Associated with this statuette was a portrait of a man, a soldier. A spell had been cast on this person”.

In the 21st century, magic has not disappeared: “We find it in various forms, more social. We observe for example a return of witches, of the figure of the witch, in our Western societies. We also have currents like neo-shamanism which are extremely present. And magic is also in our daily life: we all have a small object, a bit of a lucky charm, which we keep and which has symbolic effectiveness. Having it close to us gives the feeling that it protects us. These are small traces of magic that remain in our daily lives”, says Carole Millon.

And magic is so timeless that cinema is still crazy about magic and sorcery. The proof with the craze triggered by the little wizard of Hogwarts.

Invoking the dead is almost a regional specialty. The exhibition also winkseye to the city of Lyon through the character of Allan Kardec. In the middle of the 19th century, he was the theorist of “spiritualism” based on the wish to communicate with the dead. “He will create a philosophy that will have great success and will be exported around the world, especially in Brazil. In this country, Allan Kardec is still a very popular figure today”, explains Carole Millon. Kardec has notably created The Spiritualist Review.

Against bad omens, why not slip your wish into the tree at wishes ? It’s the tfinal magical touch of the exhibition: visitors have the opportunity to make a wish when leaving the exhibition “through a ribbon tied to a tree and I invite visitors to do so…” concludes the manager of the Musée des Confluences.

“Magic”, a spellbinding exhibition at the Musée des Confluences in Lyon

“Magic”: a bewitching and bewitching exhibition at the Musée des Confluences in Lyon