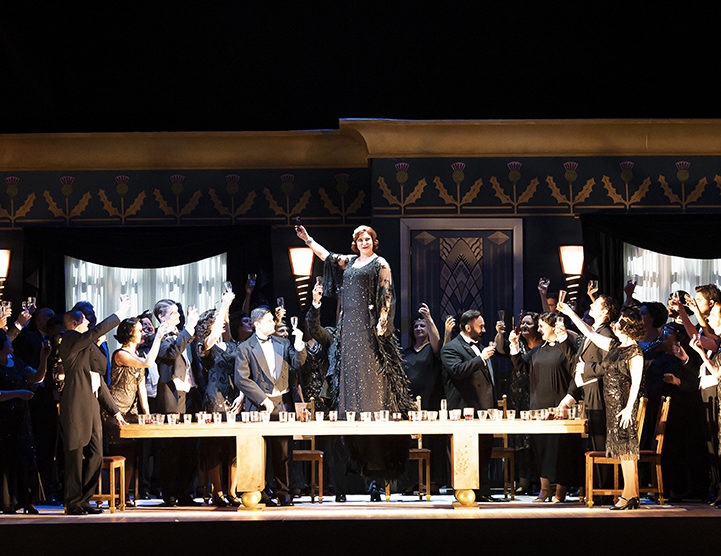 Verdi’s opera benefits from the lively direction of Daniele Callegari and a good cast. The staging, which loses the magic of Shakespeare along the way, is too busy to convince.

Yes macbeth is still considered an early opera by Verdi, we are probably touching here on one of his first masterpieces. However, created in 1847 in Florence, the work will be reworked for Paris in 1865, and the definitive Italian version will see the light of day in Milan in 1874.
It is therefore by the yardstick of these transformations that we can judge the quality of the work presented to us on this Sunday afternoon.

Leader, Daniele Callegari, insisted on fully respecting the final score, including including the ballet written for Paris. In this case, this one – who was appointed Principal Conductor of the Nice Philharmonic Orchestra at the start of the season – is doing wonders in the pit. He adopts an often rapid, always tense rhythm, but playing strings, brass and percussion, he strives to find the subtleties of the score and to bring out the contrasts, as when he weighs down his baton in the last verse of the Brindisi of the Lady. This scene as well as the long (and very beautiful) passage of the ballet are chiselled to perfection. In this way, from detail to detail, while taking care of the whole, Callegari ostensibly shows the love he has for Verdi (whose operas he has already conducted twenty-one) and for macbeth.
He is assisted by a choir which, both for its feminine and masculine part, shines the many pages which are devoted to it. the Patria oppressed mixing orchestral talents so subtle and choral so well interpreted is a marvel that will make the audience resound with a thunderous “Viva Verdi”.

In the interview that appears in the programme, Daniel Benoin indicates that it wants to give witches one of the main roles in opera and focus the production on a logic of emancipation of women at the end of the war of 14-18. Having become workers, while the men were at the front, these women have taken power and use it to influence Macbeth, this being with a weak character who depends on others. The problem is that updating (and diverting) history in this way gives rise to inconsistencies, and the supernatural aspects introduced by Shakespeare, and preserved by Verdi, lose all their force there. Benoin then leads us into a purely psychological approach, illustrated by an immoderate use of video which fills and saturates the space, drowns out the action and the soloists more than it enhances them. Thus, during the dinner scene, Benoin, faithful to his psychological approach, will choose not to show the ghosts, other than on video. Moreover, when we are not in the factory, the action takes place at the Macbeths, in a room with Art Deco aesthetics, a decor that is not necessarily irrelevant, but above all too heavy, with its bed and its table, which singularly negates the fluidity of the whole. In doing so, and especially since the direction of the actors (especially for the choristers) is not sufficiently precise, one feels the impression of losing this part of sorcery inherent in the opera, sorcery that Verdi had sought at Shakespeare for setting it so well to music. 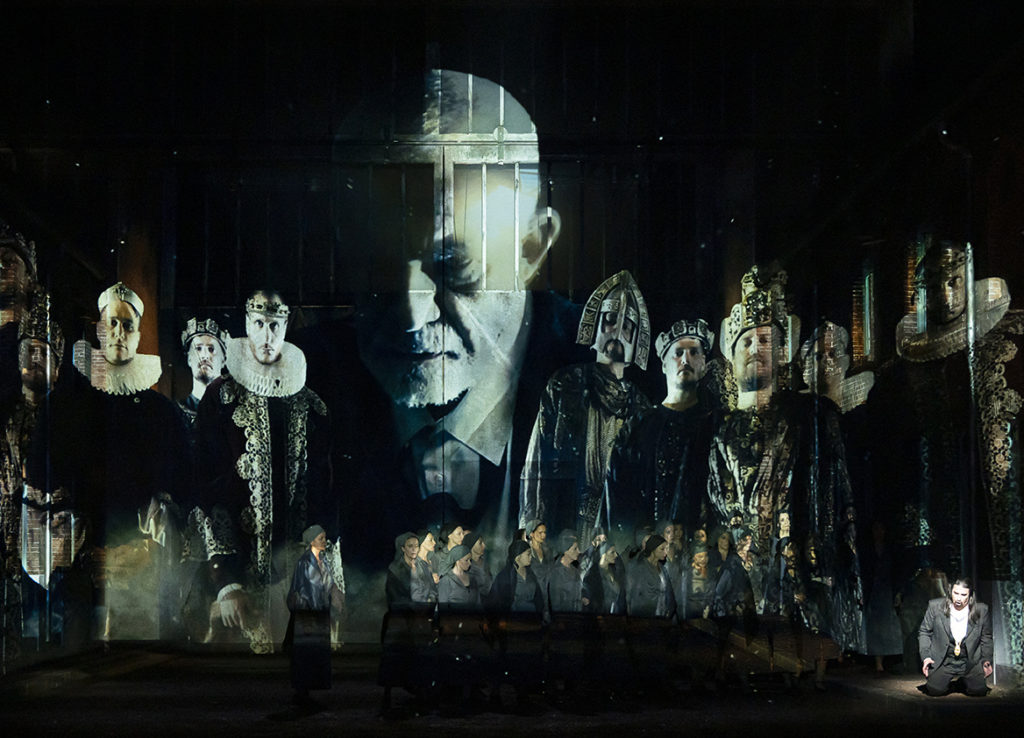 As we know, more than on Macbeth, it is obvious that Verdi mainly had his eyes riveted on the Lady, a character he refined and, while Jenny Lind was a candidate for the role in London (which, among other reasons, led the maestro to postpone the project), it will have finally fallen to an artist with an opposite range, a dramatic coloratura soprano. The titular of the day, Silvia Dalla Benetta, imposes himself from the start by the natural authority of his powerful voice, capable of complying with the demands of a murderous score. She totally masters this writing, which must combine the flexibility of bel canto with the inflexibility of the Machiavellian woman. If only a few highs will be a little harsh – but we know how much Verdi was looking for an atypical voice for the role – this is not decisive for Lady Macbeth. We especially feel in her a total control of the role and an ability not to take refuge in permanent fury. The way she approaches The tongue light, in quasi parlando, testifies to this virtuosity. The Brindisi is another moment of bravery that she flies over with all the duality that befits the scene where she tries to put on a good face while chastising her husband. Finally, the final scene, although a little overplayed, completes the loop of an interpretation that is adequate in all respects.

Facing her, Dalibor Jenis endeavors, on the contrary, to cultivate the nuances of the psychology of Macbeth and this, from the beginning in its duet with Banco. It is not without risk, faced with the firepower of Dalla Benetta. And if this one can sometimes tend to eclipse him a little, it is by the complexity of the character that he stands out from the game. He perfectly embodies this man who, faced with the robustness of the Lady, loses quickly on foot and finds himself torn between his ambition and his ghosts. His last aria, in particular, will be admirable for its underlying suffering.

In the role of Banco, Giacomo Prestia looks good on his 61 years. If a vibrato is now, at times, very present, the powerful and deep bass voice moves the companion of Macbeth away from the simple stooge. His monologue in Act II is of great beauty.

On the other hand, if Samuele Simoncini has an instrument that allows him to face the page dedicated to Macduff, he does not show the slightest subtlety and is above all effective there.
Finally, David Astorga, Marta Mari and Geoffroy Buffière play their supporting roles perfectly.

In this first Verdian page as recent principal conductor and “maestro concertatore” at the Opéra de Nice, accompanied by his soloists, Daniele Callegari carried the score of macbeth very high. This suggests, for the pleasure of the public, a fruitful collaboration between him and the institution.

Macbeth at the Opéra de Nice: a flamboyant orchestral and vocal success