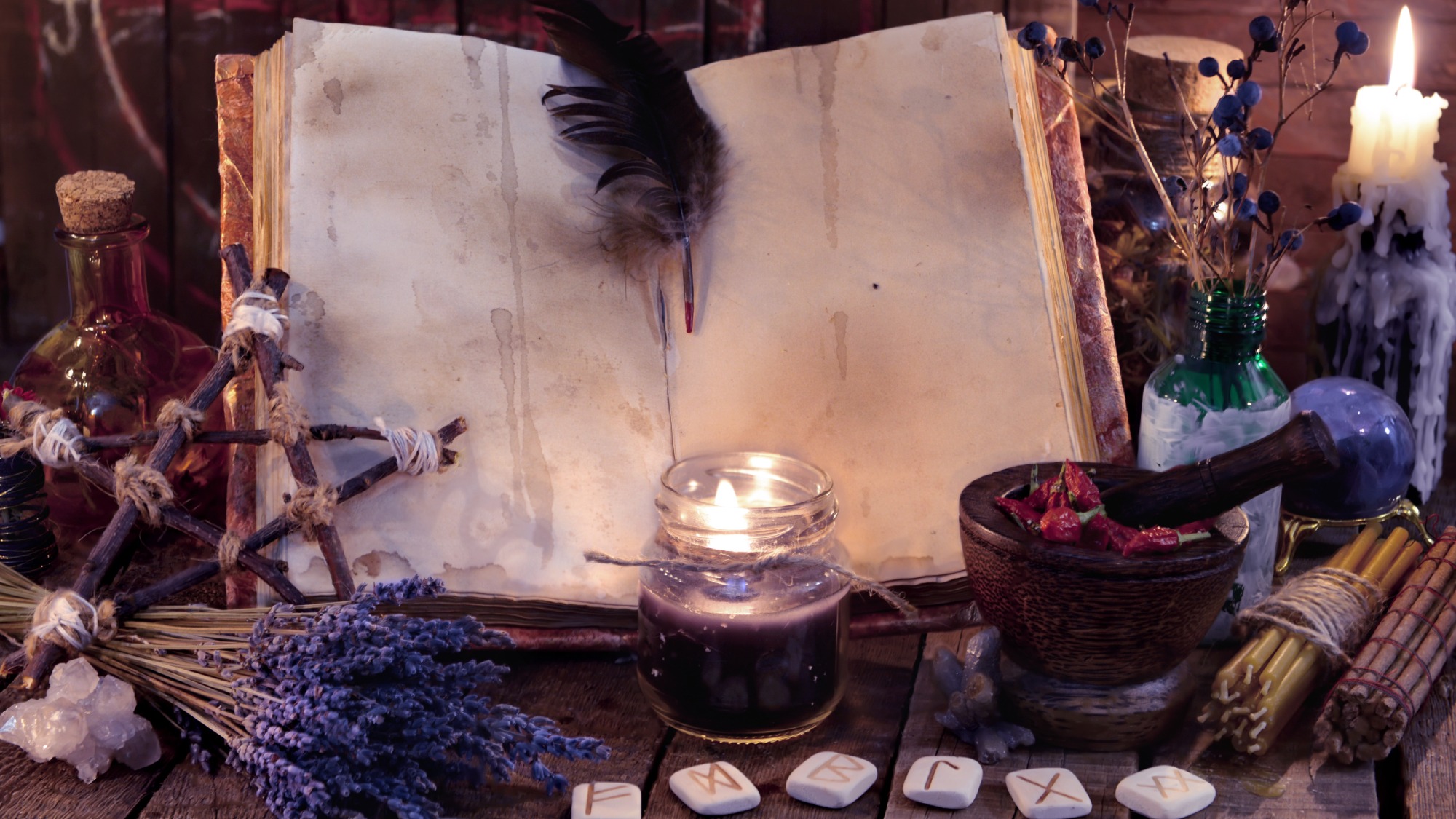 I am what is commonly called a “witch”. In any case, that’s how my relatives have fun naming me! Very focused on energies, the “spirituality” in its broadest sense, astrology (no comment… If you’re slanderous, my crystal ball will tell me and I’ll put a spell on you. I’m kidding… Or not. No, I’m kidding.*), in short, without making a fuss about it or swearing by it, the subject interests me. Before putting my bags down for good, I had already come to test the waters in winter 2021. As soon as I arrived in Lyon, I notice an omnipresence of buildings with a religious connotation and/or a certain interest in the occult. Churches, cathedrals, crypts, catacombs, tombs, a large “Thank you Mary” on the hill of Fourvière, I’m going on… Personally, it’s one of the first things that struck me in the atmosphere of Lyon. So I decided to do some more research, and this is what I found. Non-exhaustive list (the subject deserves an article in its own right!):

– Lyon is the capital of esotericism, the strange and “witchcraft”!!
– Not far from Lyon is the tallest statue in France, one of the largest statues in Europe, representing the Virgin Mary! You can admire a superb view of the Lyon metropolis. To add a layer: in Saint-Romain-au-Mont-d’Or, nearby, is a former 17th century post office, now a museum, soberly titled “The Abode of Chaos” !
– A legend says that the Virgin Mary would have spared Lyon from the plague through divine intervention. To thank her, the people of Lyon would have started lighting their windows with candles… Does that remind you of a certain party?
– In Le Grand Lyon is located a confidential museum: the Forensic Collection. There are the skeletons of convicts, more than 1,300 historical items that trace the history of criminal sciences, several surprising weapons… What a good night’s sleep!
– There are traces of rites, attractions for alchemy from the 1770s, especially in Freemasonry. A whole group of Masons were engaged in forms of spiritualism. A child named “Dove” even served as a medium! At the end of the 20th century, Lyon becomes a breeding ground for occultistsgnostics, spiritualists… And the bonus that should please you: wine was already highly revered!
– On an article of Visit Lyon, we can read: “Fishbones are a mystery of Lyon that the city prefers to forget. The city of Lyon even refuses to talk about it. » If that doesn’t support the title of “Capital of the strange” from Lyon !! The mystery of fish bones remains intact. real name of “Underground galleries of Balme-Saint Clair” Where “Fantastic network”, this underground network is not well documented and I want to leave you with that! 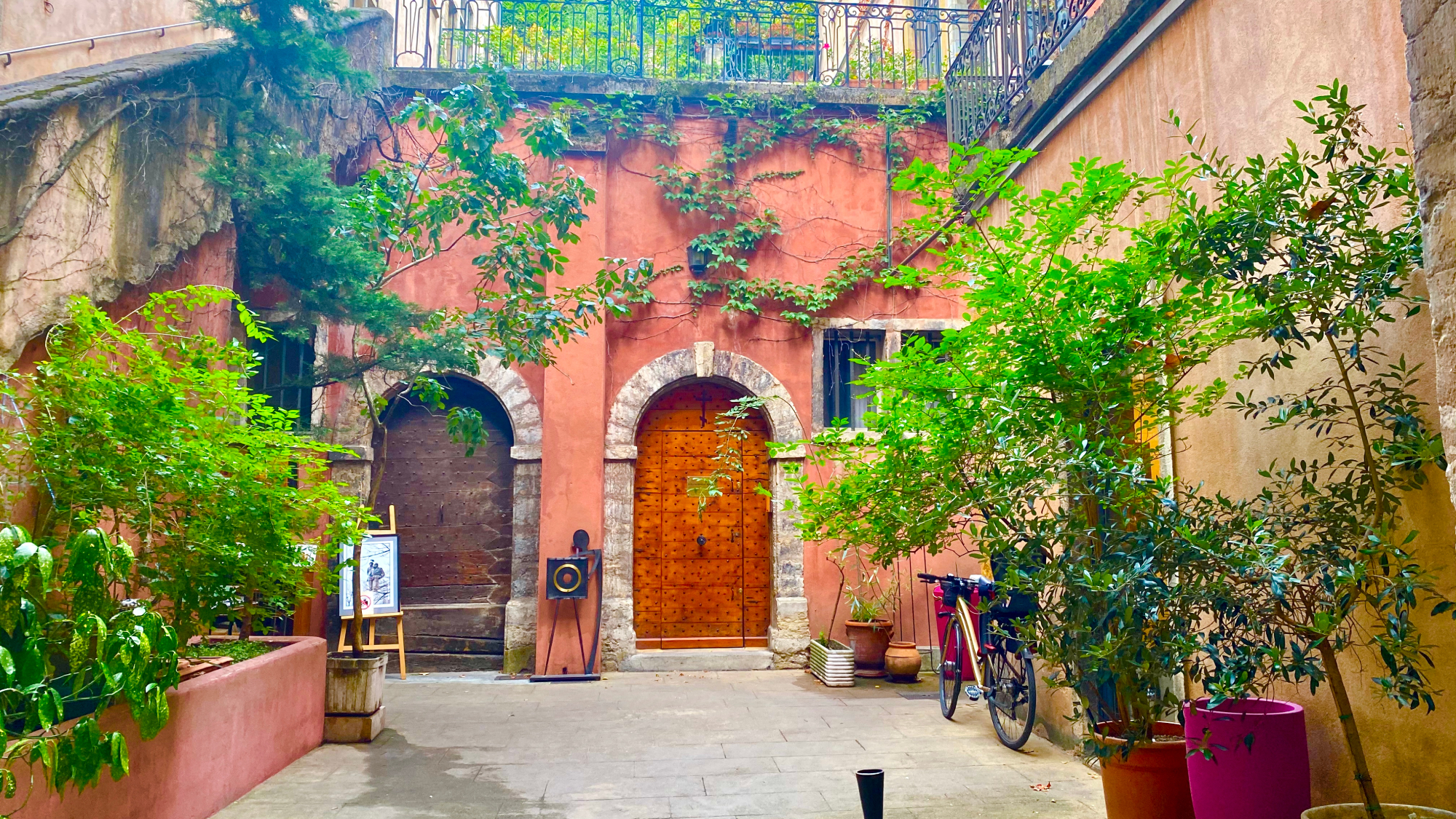 I am obviously talking about the traboules which I had never heard of before moving in, but more generally, small shortcuts through buildings and courtyards. The big kid in me sees Lyon as a very large playground in which to get lost, find your way, discover other places like Narnia: ” Where will I land if I open this door?! » … Very clean to the city. The history of the traboules immediately grabbed me, from the origin of its name (from the Latin “Transambulare”, which means crossing… Too cool, isn’t it?!), through their original function to their unique aesthetic. If, like me, you are not from the region and traboules are still a somewhat vague concept, here is a tiny culture point:

Some traboules date back to the Renaissance, but the first ones were built in the 4th century and were used in particular to supply water. From the 19th century, they found useful in the textile tradefacilitating quick and covered passages. Here is an article in which we tell you more!

Plugs Lyonnais (traditional restaurants), brain of canut (typical cheese specialty, as in the photo. Before seeing what it really looked like, all the “Saw” flashed through my head), Jesus de Lyon (yes yes, the Lyonnais and Lyonnaises know, we are talking about a sausage. What did I say in my first point already?), the sapper apron (originally called “Gnafron’s apron” Where “honeycomb hat”… Basically, it is of a recipe based on bold-doubleof veal strawberry or a hat. All appellations are exceptional.)the cushion from Lyon (spoiler : it’s chocolate), the scratch (composed of adipose tissues of meat confit in its fat), the Bugnes (type of donut. The name is just funny.)
Anyway, do I need to argue for this one? Go, I add all the same that my surprise was also great, in the nicest waywhen I tasted my very first Bouchon Lyonnais.

4. The open square of Bellecour

With such a name and because of his celebrity in Lyon, I expected a… beautiful court. The formulation is gossipy, let’s say that I was expecting a spacious place, very lively, with several statues or notable elements, recognizable decorations, spot, bars/restaurants along the banks, a bit like Place Stanislas in Nancy for connoisseurs, or more simply Place des Terreaux. I was very surprised by his rather ” square », airy, although there are still some components listed earlier. Let’s say that like a film taken from a book read, I hadn’t necessarily made this representation to myself. That does not prevent her from being all the same very beautiful and agreeable, it is good to breathe there after having strolled in rush hour in Bellecour!

I get straight to the point without further ado: THE CLIMBERS! When I arrived in Lyon, I had no idea AT ALL that Lyon had so many stairs, slopes, climbs, neighborhoods perched high up where you sometimes have to go with funiculars (when you don’t feel like walking all at least). What was my pleasure when it was necessary to make a duplicate of the keys of my apartment, at a locksmith located in the highest rooms of the highest towers of Croix Rousse. I found out later that there were some closer to my house, but I’m a hopeless case. So I wisely followed my GPS, before finding myself at the bottom of what would turn out to be a tender epic. I am half-sporty half-lazy by nature, the perfect in between. I talk, however, I have my days. That day, for example, I was not psychologically prepared. I was venturing into the perfect unknown! I laughed a lot. Since then, I know. But at the time, I didn’t know.

Fourvière, la Presqu’Île, so many parts that I also found very original in terms of their configuration. As for the architecture, I find that it mixes tradition and modernism, and of course, to conclude: I was amused to discover several churches in unlikely places, tucked away in unexpected streets right in the middle of buildings and buildings with no religious ties!

So, see you next time for new adventures in the expat diary?!

Diary of an expat’ #1: 5 things that surprised me when I arrived in Lyon