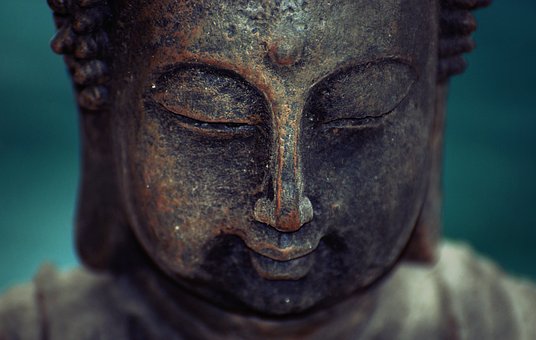 New York Comic Con is taking place this weekend, and the folks at Prime Video have taken the opportunity to reveal the briefest of teasers for the second season of its epic fantasy series. Wheel of Time, based on the novels by Robert Jordan. The new season is not expected to launch until next year, but the streaming platform is confident enough in the series that it has already been renewed for a third.

(Spoilers for S1 below.)

As I have already written, the series centers on Moiraine (Rosamund Pike), a member of a powerful all-female organization called Aes Sedai. Magic, known as One Power, is divided into male (saidin) and female (saidar) flavors. The latter is the province of Aes Sedai. A long time ago, a great evil called the Dark One caused the saidin to become contaminated, so most men who show an ability to channel this magic go insane. It is the job of the Aes Sedai to hunt down these men and strip them of their powers. There is also an ancient prophecy regarding the Dragon Reborn: the reincarnation of a person who will save or destroy humanity.

As in the book, La Moiraine de Pike befriended a group of five young people – Egwene (Madeleine Madden), Nynaeve (Zoë Robins), Rand (Josha Stradowski), Mat (Barney Harris in S1) and Perrin (Marcus Rutherford) – whose small village was attacked by monsters called Trollocs. Both women (Egwene and Nynaeve) showed promise as future members of Aes Sedai. But Moiraine also suspected that one of the youngsters (especially the males) might be the Reborn Dragon. Moraine was accompanied on this quest by her Warder and companion, al’Lan Mandragoran (Daniel Henney), and had to avoid the Children of Light, aka Whitecloaks, among other dangers, during her travels.

Ars Technology Editor Lee Hutchinson and Senior Technology Journalist Andrew Cunningham are mega-fans of the book series and dedicated to summary of each episode of S1 in great detail, as well as candid assessments of how the series handled adapting the source material. Their general verdict after the S1 finale: despite some massive deviations from the books, the series was mostly entertaining, although they would have liked the series to spend more time on the story to allow the main characters to develop more fully. And they didn’t like “wretched butt” Mat (who will be played by Donald Finn in S2), even though the book version is a fan favorite. Yet, as Andrew observed“If my biggest complaint about your show is that there was no enough I don’t think that’s a bad place to hang out in your first season. »

A lot happened in S1, far too many to summarize here. But the big news (for those unfamiliar with the books) is that Rand was identified as the Reborn Dragon and went into hiding to avoid his fate and/or harm his friends – but not before accidentally releasing the DarkOne. We learned in the finale that there is an armada of ships ominously heading their way. Moraine was captured by the Dark One and either immobilized or shielded to prevent her from channeling, leaving her in a tight spot. And Perrin helped dig up Valère’s flaming horn, which plays a big part in the second book in the series.

The NYCC teaser goes through a series of fast moments from S1, and the new footage starts at around 23 seconds, with a desperate voiceover from Moraine. “We haven’t defeated the Dark One,” she says as the images of our protagonists in peril scroll by. “We freed his strongest lieutenant. He may be waking up the Forsaken. You have no idea how much power they wield. “In the books, the Abandoned were channelers who allied with Shadow in the War of Power and used their powers for evil. They were then imprisoned with the Dark One, and the prospect of their return does not bode well for our beleaguered protagonists.

We’ll Take It: Prime Video Unveils A Brief Preview Of Wheel Of Time S2 At NYCC