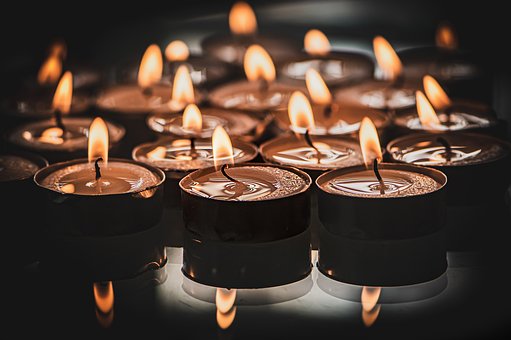 Passed several times on the edge of the abyss, the castle then experienced a remarkable renaissance. Admittedly, it had narrowly escaped revolutionary fury, then popular condemnation after the 39-45 war, then Metro-Goldwyn-Mayer who wanted to burn it during a blockbuster in cinemascope, and finally a fire – probably criminal – during the summer of 1969. Its restoration undertaken in the mid-1970s, continued by Mr. and Mrs. Demangeat, eminent psychiatrists and psychoanalysts from Bordeaux, was a miracle.

This symposium, which was held in the open air between the walls of the old church of Haut-Buzet, confirmed the success of fifteen years of effort and work. In the preface to the publication of the proceedings, Mr. Demangeat could headline with legitimate pride: “Revival! »

The symposium itself, as well as the publication of the proceedings due to both the Academic Society and the Vignerons de Buzet, did not go without a real media impact. This is how a few months later, Nicole F., manager of the Maison de la presse de Buzet, received the surprising letter from a certain Claude D., a “scientific researcher” residing in Meaux, posting at the top of his letter various patent titles: one relating to the “transfo-cosmic radiation and suppression of gravity” (sic), another on the dilution of mists, and a third on a drug against viruses. This missive was followed by a dozen others, among which the indefatigable letter-writer added that he had “astonishing possibilities of clairvoyance”. Which allowed him to suspect something “unclear” in the destiny of Alexis de Noailles, the last noble owner of the castle, who died in 1929. In particular a “drama concerning a child born in 1923″…

However, despite his clairvoyance, the inventor-medium was unable to elucidate the content of this drama, of which he suspected the deceased Alexis of having been the cause: “The life of Alexis de Noailles was very sad. Remorse perhaps? He also bombarded M. Demangeat with letters, whom he suspected of being unwittingly the descendant of the noble families of “Ayen and Mouchy” and Madame of being (also unwittingly) of the same blood as “La Princesse Isabelle de Braganza Orléans, Countess of Paris”.

But where did this extra-lucid clairvoyance claimed by this genius inventor come from? It’s very simple: he was nothing but a ghost who came to haunt the castle, under various guises, over the centuries. Henri IV, on the night of August 2, 1565? It was him. Blaise de Monluc? It was him. Catherine de Medici? George Sand ? It was still and always him. And even Nostradamus, whose passage between the walls of this castle had not yet been detected by any historian. Perhaps the ghost was himself this mysterious child victim of a tragedy in 1923? A bit perverse, the strange Claude D. advised Mrs. Demangeat to “take a good look under her bed every time she sleeps at the castle”.

Liz Truss, a new Margaret Thatcher to replace Boris Johnson?
NieR Reincarnation review – Mobile and the antithesis of video games
At the heart of the order of the solar temple: the shocking documentary La Secte is to be seen on Sa...
Tweet
Share
Share
Pin