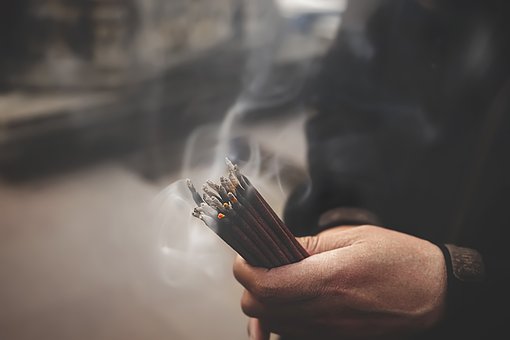 Jesuit Father Antoine Kerhuel introduces us to meditation, with the readings for the 32nd Sunday of Ordinary Time of liturgical year C.

What is this life to which, according to the Bible, God calls us? This is indeed the question that arises in us, after having heard the various readings of the liturgy of this Sunday.

In the book of Maccabees, a mother and her seven children resist a king who wants to force them to violate the laws of Jewish tradition. They are tortured and put to death, which does not prevent them from inveighing against their executioner and proclaiming their faith. By respecting the laws transmitted by their fathers, they express their total confidence in a God who is life. When one exclaims:It is from Heaven that I have these members, but because of its laws I despise them, and it is through it that I hope to find them.“, the other declares to his murderer:”Better to die by the hand of men, when you are waiting for the resurrection promised by God, while you will not know the resurrection for life.“. The account of the book of Maccabees, which takes place in the context of a bloody persecution, is a radical affirmation: the creator God never fails in his work of creation, and his act of creation continues in each of the living (until beyond their death). Biological death is certainly a reality, but this reality does not destroy the life that God never ceases to give. In other words: our life is not reduced to our biological existence alone. The Creator works in us until beyond our death. How is it possible? The answer is given to us in our relationship to the one whom Paul, in the epistle to the Colossians, describes as “firstborn from the dead“: Jesus Christ.

This Jesus, when he is questioned by Sadducees (that is to say by people who deny the resurrection), invites his interlocutors to remember Moses who, in the story of the burning bush, meets the Lord who presents as “the God of Abraham, God of Isaac, God of Jacob(all predecessors of Moses). Jesus is not referring to the biological existence of these great men, but to the way in which they remain present because God has worked, is working and will work in their lives. And Jesus concludes: the Lord “is not the God of the dead, but of the living. All, indeed, live for him“. These words are not easy to understand. To welcome them, we will be helped if we look at how Jesus himself lived. How does the prayer and action of Jesus present themselves? His prayer is a personal prayer to a God to whom he does not hesitate to express his joys (“Father, Lord of heaven and earth, I proclaim your praise: what you have hidden from the wise and the learned, you have revealed to the little ones.» [Mt 11,25]), but also his anxieties (“My Father, if it is possible, let this cup pass away from me! However, not like me, I want, but like you, you want.» [Mt 26,39]); his prayer is addressed to a God whom he calls “Father” and whom he invites us to call “Father”… a living Father, and a Father for the living! As for the action of Jesus, this is entirely directed towards works of justice: rich and poor, Jews and pagans, sick and healthy (and we could continue the list), all are called to live as created by God and reconciled to their Father’s work of creation. By placing our steps in the footsteps of Jesus, we live as resurrected.

In the Gospel, many scenes warn us against the risk of making God play the role of a magician or a thaumaturge. The God of the Gospel is quite different from that. In Jesus Christ, God takes us through death. In baptism we have been immersed in the death and resurrection of Christ, and we live a new life. We can therefore, in our turn, take for our own account the wish that Paul addresses to the Thessalonians in the second reading of this Sunday: “May the Lord lead your hearts into the love of God and the endurance of Christ!Thus, we will live in acceptance of the new life given to us in Jesus Christ. And that, today!

Meditation for the 32nd Sunday in Ordinary Time C: “God calls us to life” – Vatican News