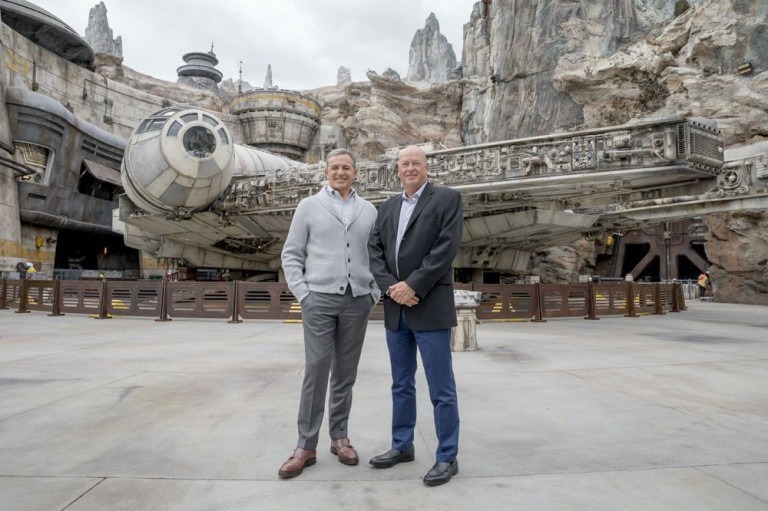 news culture Cataclysm at Disney! Bob Iger regains his seat as president! Many changes to come?

The information has been on a loop since this morning and no one, a priori, expected such news! Believing that the decisions were not making good sense, Disney decided to give a big kick in the anthill by firing its CEO Bob Chapek to replace him with Bob Iger, the iconic former president who led the group for 15 year !

He is back ! Bob Iger, at the height of his 71 years, will have taken only a short-term “retirement”. With forty years in the Disney group and an experience of fifteen years as president, the native of Oceanside (State of New York) succumbed to the appeal of the high authorities of the famous American company. In 2020, Iger had given way to Bob Chapek, but the latter landed in the midst of the post-pandemic period and this mandate was extremely complicated to negotiate. He had to make difficult decisions – and sometimes very badly perceived – and he found himself in the middle of a storm, managing the closure of amusement parks and cinemas, while participating in the explosion of streaming during the multiple confinements. Apparently, it was not to everyone’s taste and the terse press release speaks volumes about the tensions that must have reigned internally.

We thank Bob Chapek for his service to Disney over his long career, including guiding the company through unprecedented challenges due to the pandemic.

Chapek’s mandate was marked by a sad episode. At the start of 2022, he decided not to speak out against a law prohibiting the teaching of subjects related to sexual orientation and gender identity in primary school. This position has angered the conservative governor of Florida, causing the suspension of a favorable administrative status granted to the Disney World park set up in the 1960s.

It is therefore time for change.

The return of the King to the head of Disney?

Needless to say, the return of Bob Iger to the head of Disney is experienced as a breath of fresh air. The interested party is very appreciated by the Burbank company and he decided to respond positively to the call of the board of directors. The man signed for two years with the objective of establishing a strategy that will allow Disney to find a “renewed growth“. During his previous tenure (2005-2020), Bob Iger was one of the driving forces behind Disney’s rise to prominence. After that of Pixar in 2006, he worked for the takeovers of Marvel (2009), Lucasfilm (2012) and most of the assets of 21st Century Fox (2019). He was also at the origin of the Disney + streaming platform and the general media recall that under his mandate, the market capitalization had simply quintupled. While Disney’s stock market value has fallen by more than 40% since the start of the year (13% since the beginning of November), it goes without saying that the situation was becoming urgent.

Bob Iger did not expand on his intentions, but underlines his satisfaction in the press release written jointly with Susan Arnold, the president of the board of directors.

I am very optimistic about the future of this great company and delighted that the Board of Directors has asked me to return as Managing Director.

Unquestionably, the story between Disney and Iger was not over. It will now be interesting to see how the gentleman, who is not one to take tweezers, will give the breath that the company needs.

Cataclysm at Disney! Bob Iger regains his seat as president! Many changes to come?