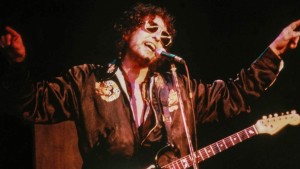 Behind one of the greatest rock hits of the 1960s, “The Sounds of Silence” by Simon and Garfunkel, lies the testimony of the unfailing friendship of Art Garfunkel and a comrade in distress in the face of illness.

The songs that made Simon and Garfunkel so successful in the 1960s and 1970s still resonate today for their inspiring lyrics. Yet it was only recently that the meaning of one of their biggest hits, The Sounds of Silence, was uncovered.

In his memoirs Hello Darkness, My Old Friend: How Daring Dreams and Unyielding Friendship Turned One Man’s Blindness into an Extraordinary Vision for Life (Hail Darkness, My Dear Friend: How Ambitious Dreams and Unwavering Friendship Turned One Man’s Blindness into Extraordinary Hope in Life editor’s note), Sandy Greenberg, an American author and philanthropist who battled blindness, reveals how he befriended Arthur Garfunkel, nicknamed Art, at Columbia University because of their shared love of music and literature.

However, shortly after entering college, Greenberg began to lose his sight: severe glaucoma was attacking his optic nerve. Knowing that he will soon be blind, he falls into a depression, abandons his plan to become a lawyer and returns home to Buffalo, where he cuts himself off from his friends. But his best friend, Art, drops everything to find his friend and persuade him to go back to college. That day, he makes her a promise to always stay by her side. Garfunkel accompanies his friend everywhere. He called himself “Darkness” as a sign of compassion. On their Facebook pagethe group Grateful Music LLC reports, for example, that Garfunkel said to his friend “Darkness will read to you now”.

True to his promise, the singer-songwriter adapts his schedule to make sure he is there for his friend. But one day, while the two friends were at Grand Central Station, Garfunkel announces to Greenberg that he must go and leave him alone. After a few hours, Greenberg manages to take the correct subway and, while leaving the station, bumps into someone. He apologizes. It was Garfunkel. This one had never left his friend but wanted to show him that he was capable of being independent. “That moment was the spark that made me live a completely different life, without fear, no doubt. For that, I am extremely grateful to my friend,” says Greenberg. Greenberg not only graduated from Columbia, he studied at Oxford and Harvard. In addition to a successful professional career, he married his high school sweetheart and became a family man.

Greenberg was able to come to the aid of his friend when he was studying at Oxford. When Garfunkel had just finished his first album with Paul Simon, he needed 400 dollars. Greenberg and his wife had the modest sum of $404 in their account which they thoughtlessly gave to their friend. Although this first album was a failure, one of its tracks, The Sounds of Silence, topped the charts the following year. “Hello, Darkness, my old friend”… By hearing the first words of this song, you will now know what Garfunkel was referring to: a friendship based on brotherly love and compassion.