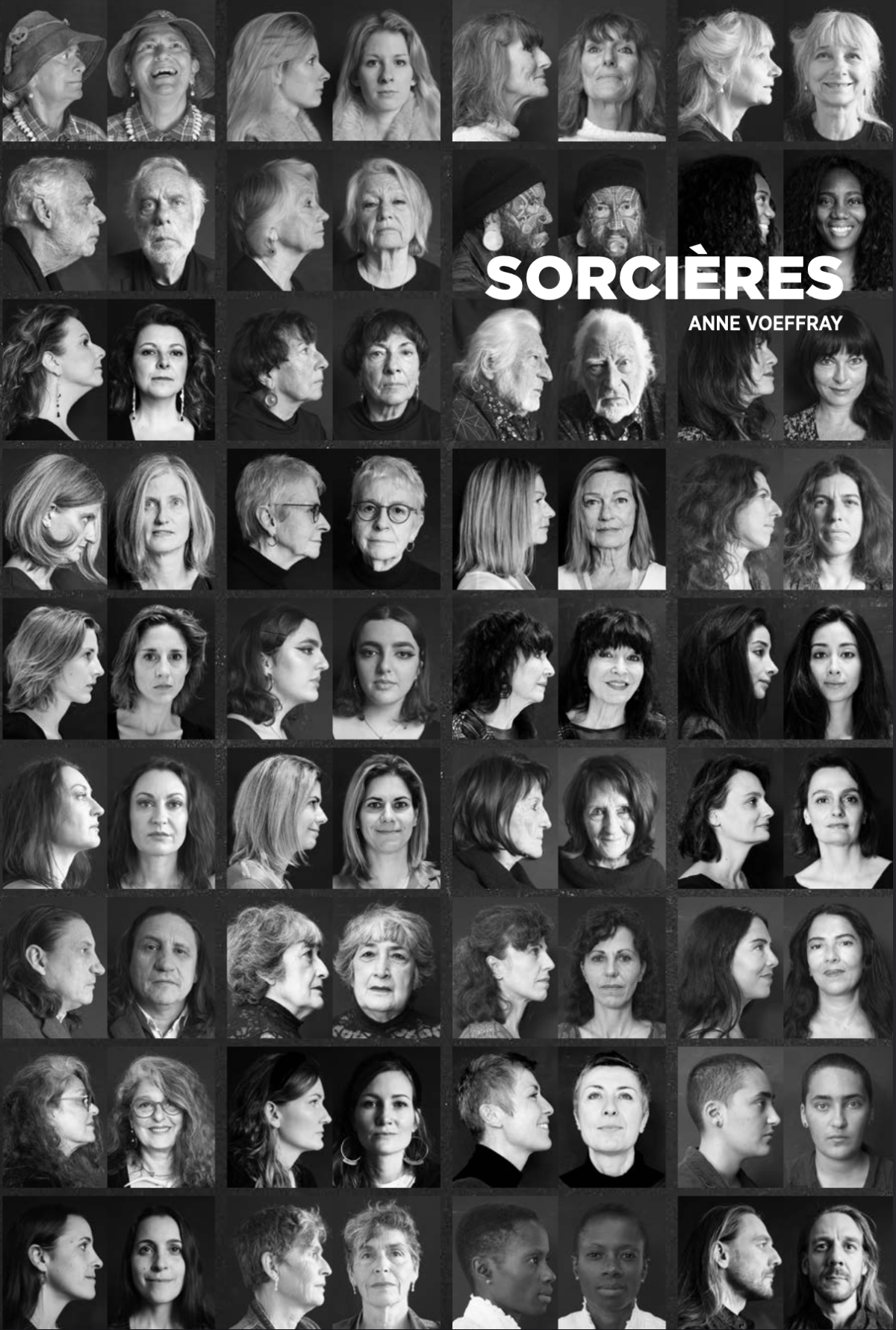 Let’s say it right away, I have the honor of being part of this prestigious cast of troublemakers to think in circles – witches are always feminine, even if there are 20% of men in total listed, a percentage reflecting historical proportion of witchcraft executions. By my side: Myret Z., Jean-Luc B., Suzette S., Claude-Inga B. or Etienne D. (to name only the most famous witches).

Through this work, Anne Voeffray wanted to draw a parallel between the witchcraft trials of the past and the current pillorying of thinkers who question the dominant paradigms. No more labeling of “witch”, welcome to that of “conspirator” or “pro-Russian”, in particular during the Covid crisis and the war in Ukraine still in progress. Not all of the “witches” listed in the book fall under these labels, but these are the most widely used to discredit these days. In other words, the stake is no longer physical, but media-based, with symbolic pillorying in the public squares of the 21st century that are social networks.

Through his anthropometric portraits, the artist also draws attention to a little-known reality in the history of witches: it is not in the Middle Ages, but at the dawn of the European “Enlightenment”, the beginning of the age of capitalism and science, that the stakes were the most numerous. “The latter were the expression of control and purification of the social body in the face of the real or supposed danger of powerful women. Like any process of stigmatization, that of the construction of the figure of a witch – identify, accuse, torture to obtain confessions and destroy – has fear as its motivation”, notes Anne Voeffray.

This is as true as ever in our troubled times, where old scientific, political, economic, social and cultural paradigms are collapsing before our eyes. The supporters of the system, frightened (often unconsciously) to see the ground slipping away from under their feet, are bracing themselves and firing on all cylinders, preferring to stigmatize new ideas rather than reform their own. No wonder that. History, to quote Stefan Zweig, “forbids contemporaries to recognize from their first beginnings the great movements which determine their era.1“.

I paid the price, I who, partly educated in a Steiner-Waldorf school, had the audacity to defend this pedagogy in the face of attacks, in my opinion false, from its main critic in the French-speaking sphere. I who, in complete freedom, take a close interest in anthroposophy, this philosophical and spiritual movement developed by the Austrian Rudolf Steiner at the beginning of the 20th century, whose recent erosion of the materialist paradigm in the sciences2 comes to confirm some of the epistemological intuitions.

There is no question here of glorifying or legitimizing my personal history. Simply to point out, as Anne Voeffray did very well, that our troubled times need more than ever witches acting “outside the box”, in ways that are both “unclassifiable and unconventional”. Thinkers capable of grasping all the complexity of a paradoxical world by fighting against the spiritual numbness that is gaining ground in all directions.

1Stefan Zweig, The World of Yesterday. Memories of a European.

2Read in particular: Harald Walach, (2019). Galileo Report. Beyond a Materialistic Worldview – Towards an Expanded ScienceThe Scientific and Medical Network. ; Thomas Nagel, The Spirit and the CosmosVrin (2018).

The witches are back!


Our social media profiles here as well as other related pages herehttps://nimblespirit.com/related-pages/