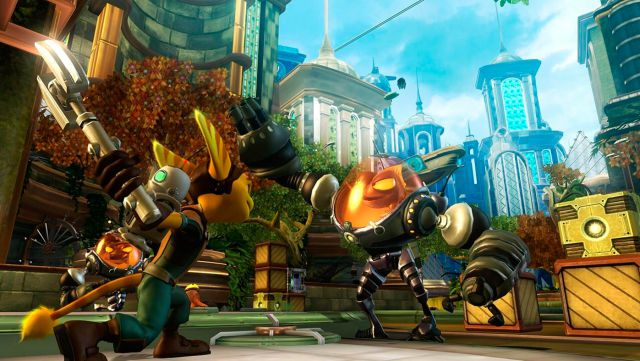 PlayStation Plus, PlayStation’s on-demand video game service for PS4 and PS5, continues to receive great news that significantly expands its catalog. Without going any further, this November’s subscribers to the Extra and Premium modes receive a selection of high-end titles with names such as The Elder Scrolls V: Skyrim – Special Edition, What Remains of Edith Finch, Chorus, Oddworld: Soulstorm – Enhanced Edition, Tom Clancy’s The Division 2 or Tom Clancy’s Rainbow Breakpoint, among others.

Incredible RPG games with your PlayStation Plus subscription

The third part of the famous RPG saga -more action-oriented- puts us this time in the skin of Fury in his crusade to end the seven deadly sins. With a strong hack-n-slash personality, the Gunfire Games and THQ Nordic game stands out for its fast-paced combat, the protagonist’s magical powers, and an RPG aspect that offers a wide range of ability customization. A brutal return to the apocalyptic universe of the Earth of Darksiders.

We go from direct action to the most classic RPG with one of the great and most famous exponents of the genre in recent years. From the creators of Fallout New Vegas, Obsidian Entertainment, we have a true colossus of fantasy epic on PlayStation Plus with Pillars of Eternity, an adventure that looks to the past to deliver a whole journey of exploration, transcendent decisions, sword and sorcery and a level of customization as rarely seen. Lead your group of heroes and enter the most dangerous dungeons to unlock all their secrets.

We’ve left behind the most Western take on roleplaying to land in one of the most traditional JRPG sagas in the industry. And it is that with Dragon Quest XI from Square Enix we have the possibility of living a role-playing adventure in the classic Japanese style, with turn-based combat, a group of heroes at our service, a story epic set in a huge world to explore and the ever-loving character designs of Akira Toriyama, a hallmark of the franchise.

We now move on to a very particular way of approaching the role from the point of view of sandboxing, managing and exploring randomly generated scenarios. It’s Terraria, a full-fledged indie phenomenon from Re-Logic that can become a veritable well of hours of gameplay through development as varied as it is addictive. Our tasks are many, ranging from taking care of our village, managing our castle or our farm, finding resources by digging or trading or surviving against all kinds of threats. A universe full of adventures, role-playing games and action in 2D format.

We continue with a remake of one of the most famous JRPG classics of the genre. And it is that the third installment of the Mana saga (Seiken Densetsu 3 in Japan) returns to the present day with this new version created entirely from scratch in 3D, giving rise to a role-playing adventure with no doubt essence Eastern more action-oriented while retaining the characteristics of the original episode from the mid-90s. With a different story according to our cast of chosen characters, a world to explore full of secrets and threats, and character development as captivating that deep it is an installment fits the current moment that we cannot miss.

ghost of a tale

Accompany the brave mouse bard named Tilo in this curious and dark adventure in which you must try to escape the dungeons of the fortress of Los Altos Ruinas, as well as find out what happened with his true love, Merra. And it is that in this particular adventure starring rodents and other small fearsome creatures, it achieves a fantastic balance between graphic adventure, RPG action and exploration.

We can’t stop recommending this particular mix of platformer and RPG with the colorful work of Lab Zero Games, creators of the acclaimed Skullgirls, a hand-drawn adventure set in a fantasy world and starring young Ajna, a brave warrior who embarks on a dangerous journey to save her world. As a good role-playing game, we will be able to add new characters to the cause to fight alongside us thanks to a truly unique combat system, which will never cease to amaze fans of the genre.

We return once again to the most classic role at the hands of a great isometric game like Pathfinder: Kingmaker. Inspired by great classics such as Baldur’s Gate, Planescape or Neverwinter Nights, this RPG title immerses us in the fantastic universe of Pathfinder to live our own adventure of magic and sword through the dangerous stolen lands to create our own kingdom. A high level of customization, a repertoire of companions to remember and a decision-making that will mark the destiny of our conquest are just some of the advantages of a gigantic video game in all its aspects.

We end our selection with a more casual but really fun bet. And it is that with Portal Knights we have the possibility of becoming a guardian knight in a crazy cooperative adventure in 3D of sandbox development, throughout a colorful world with cartoon characters and many things to do with our friends. In a world ravaged by the Sundering, our band of heroes have become the last hope to restore peace to the kingdom.

25% off PlayStation Plus for Black Friday

PlayStation has launched a new discount campaign for Black Friday 2022 via the PlayStation Store, with a wide selection of video games for PS4 and PS5 at the best price as well as a 25% discount on PlayStation Plus subscriptions, a unique opportunity to obtain one of the three service modalities (Essential, Extra or Premium) for 12 months at an unbeatable price. Here are the PlayStation Plus discounts, only available between November 18 and November 28, 2022:

Epic and fantasy with PlayStation Plus: enjoy these great RPG games on PS4 and PS5