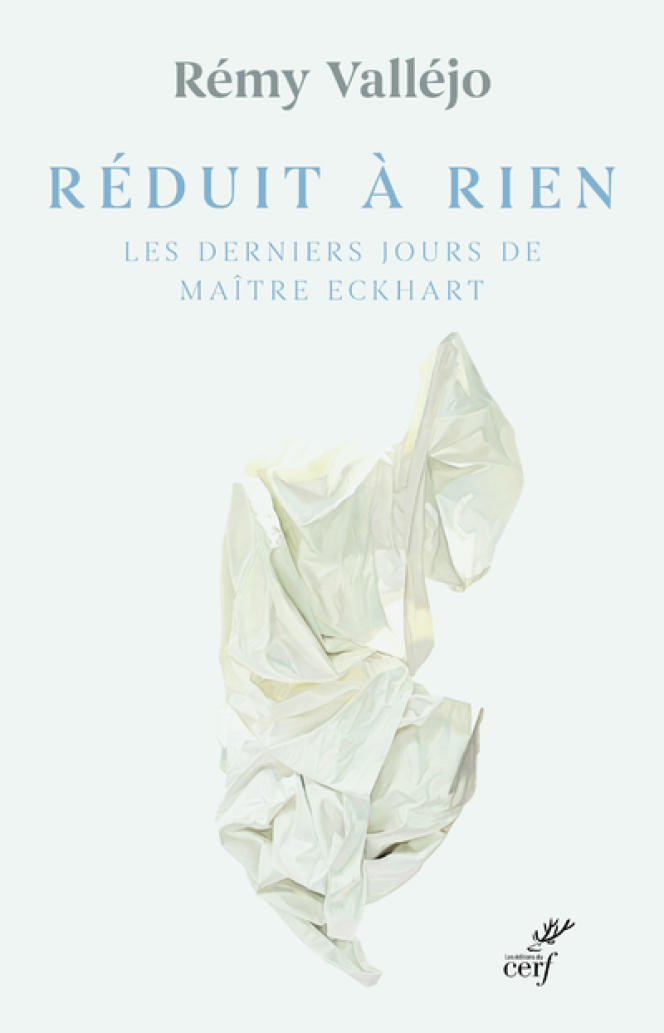 “What good are poets in times of distress? », wondered the poet and philosopher Friedrich Hölderlin (1770-1843). One could add: and what good are mystics at the hour of catastrophes, these incandescents whose words burn with their love for God? John of the Cross, Thérèse of Avila, Bernard of Clairvaux… Of these best-known names, the Church has made saints. But of another she has made a heretic.

This Dominican who was the first to preach in a vernacular language is the father of a current called the ” Rhenish mystic “: Master Eckhart, whose sermons challenge us beyond seven centuries. “The word of Master Eckhart does not represent any escape from the world, but the “shortest way” to go to God, in a world that is sinking into confusion, dissension and chaos”, writes the Dominican Rémy Valléjo in reduced to nothing, a literary account of the last days of a life that ended somewhere on the road between Cologne and Avignon, in 1328, where he himself went to plead his case with Pope John XXII.

The century following the death of Johannes Eckhart, born around 1260 in Hochheim, Germany, was also a time of catastrophe. The plague and the wars “awakened in his contemporaries doubt, dread and even the fear of divine punishment”, writes Rémy Valléjo, specialist in Rhineland mystics and author in 2018 of Master Eckhart. I do not know (ed. by Cerf).

Does the clarity of the addresses of the Dominican explain the interest that our time has for him? “Reading a German sermon by Eckhart is therefore always reading a theological text and a literary text, emphasizes Elisabeth Boncour, in a “What do I know? » about the author of sermons appeared in the spring.

If Eckhart’s theology influences Nicolas de Cues (1401-1464), the father of Protestantism Martin Luther (1483-1546), then modern philosophers like Friedrich Hegel (1770-1831) and Arthur Schopenhauer (1788-1860), a renewed interest has been observed for several decades. In France, at least, where Eckhart studies have “proliferated” since the 1950s, notes Elisabeth Boncour, specialist in medieval philosophy and teacher at the Catholic Institute of Paris.

Eckhart, who was twice “master” – of reading (Lesemeister) and life (Lebemeister) – therefore always speaks to us. Perhaps it is because, to a presumably disenchanted modernity, his verb deals with the most universal part of the Christian message: the sense of unity and the quest for grace. “When all around everything collapses and slips away, when no solid support is possible, man experiences his ‘naked’ and helpless being”, notes Rémy Valléjo, who rightly depicts, in his story, a man in complete destitution whose purity of message is misunderstood by the clerics who are instructing his trial for heresy – his conviction will be confirmed by a papal bull after his death.

You have 44.82% of this article left to read. The following is for subscribers only.

Meister Eckhart, mysticism beyond the centuries