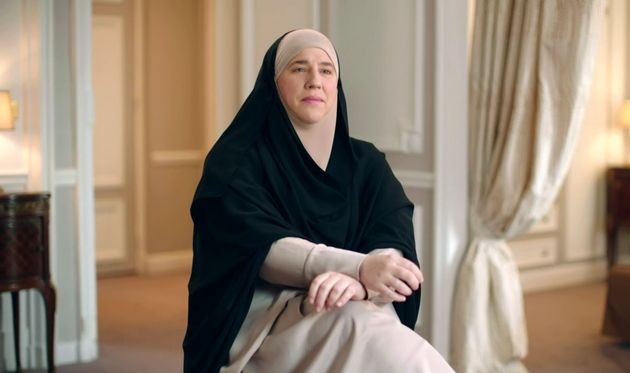 PEOPLE – She became Melanie again. This Sunday, June 26, the former French rap star Diam’s gave himself up in a long river interview given to seven to eight on TF1. Interviews that can be counted on the fingers of one hand for seven years.

On this occasion, the interpreter of Young lady returned to several subjects that marked her, and in particular her depression. In 2008, when she was at the height of her fame, Diam’s was interned in a psychiatric hospital. “They gave me lots of pills. Lots of pills, from morning to night, I took lots of pills”, she breathes in a sequence of Hello, documentary which was dedicated to him and which was broadcast at the last Cannes Film Festival.

“Me, at that moment, I am like someone who is in a storm and who is moving forward”, comments Diam’s in seven to eight, about this period. That is to say that I try to fight against a very very strong wind, which seeks to bring me towards death. […] This labyrinth, and this interior emptiness, I will never forget it in my life.

“On stage, I was happy. It was 2 hours when I forgot my problems. But, there are 22 hours to live next door where I suffer and no one sees it. It’s an immense depression that becomes an immense despair …”@melanie_diams explains his ill-being and his suicide attempt. pic.twitter.com/xPGjq33xE5

As she has already told in the past, religion has played an important role in its appeasement. Coming from a Catholic family, she was already a believer. It was during a trip to Mauritius that she decided to take a greater interest in Islam, shortly after having prayed for the first time with a friend of her friend Vitaa.

“I did not advocate or display anything”

Then came the subject of the veil. “We are talking about an almost central and main question in my story. Whereas for me, it was a stage that was surely going to happen in this spiritual journey that I was leading”, explains Diam’s. At that time, she did not want to talk about it publicly. “Let things be clear, I did not advocate or display anything, it was you who took this photo and posted it everywhere”, she defends herself.

Mother of three children, Diam’s now has a busy family life. “That is to say that me, my life, it is around my children, she says. My children who get up in the morning, who have to go to school, my children who come home from school, homework, etc. I’m like all moms, and any mom will tell you it fills a day. […] This family is a bit like a dream. Even if I know that we can build ourselves without, I have experienced hardships, I have been divorced in my life. I’m not saying it’s a whole, but it’s part of my balance.

Rap is behind her. The one, who through her association Big Up Project helps an orphanage in Mali, said it again: what she wants now is “to do only good”. “It’s the biggest challenge of my life,” she said.

See also on The HuffPost: “Salam” the documentary on Diam’s unveils its first images

Conversion to Islam, depression… The confessions of Diam’s in “Seven to eight”