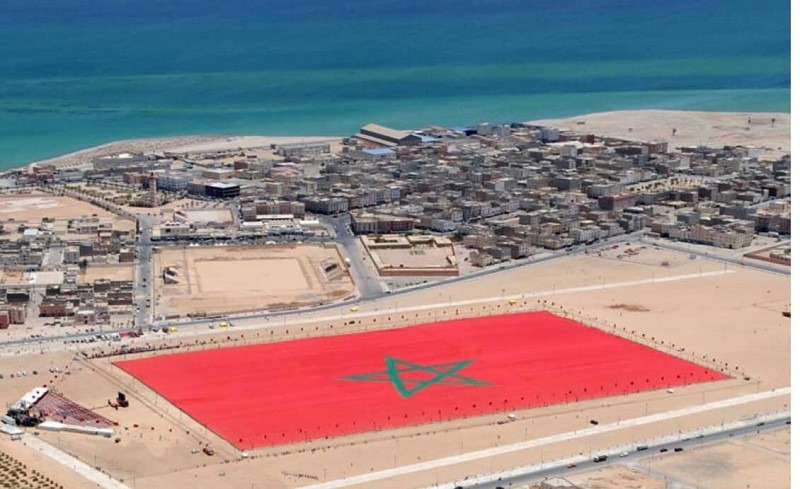 Spain’s stance on the Sahara conflict lends new vigor to the growing belief that the Moroccan plan is the best path to a lasting solution.

Whatever one may say or think, one can only recognize that the Spanish decision to support the Moroccan autonomy plan for the Sahara constitutes the most determining of all recent diplomatic and political developments on the question of the Sahara. Apart from its unprecedented historical significance – it is the first time that a European country has supported the Moroccan autonomy initiative with such clarity and sincerity – this decision will have important geostrategic implications for the future of the conflict.

The fact, in fact, that Spain was the occupying power in the Moroccan Sahara until 1975; that she signed an agreement with Morocco, in which she agreed to return the Sahara to her motherland; and that it never vetoed this agreement makes Madrid’s new position particularly important and further strengthens Morocco’s position in relation to the conflict.

For Algeria, on the other hand, the Spanish decision is a disastrous development for two closely related reasons. First, Madrid’s support for Rabat is a painful reminder of the failure of Algerian diplomacy’s tireless efforts to sabotage or at least contain the undeniably pro-Moroccan momentum that the diplomatic battle over the Sahara has enjoyed over the of the last decade.

Secondly, not only has Algeria lost in Spain a former accomplice with whom it used to associate to undermine Moroccan interests, but the domino effect that the Spanish decision will surely trigger is what, in fact, is a fatal blow to Algeria’s dreams of regional hegemony.

If the Algerian regime could not foresee the calamitous ramifications of its unfortunate decision to terminate the Europe-Maghreb gas pipeline contract, Algerian diplomats should at least be wise enough to know that Madrid’s position in favor of Rabat is the harbinger of other similar events to come.

It is therefore to be expected that the Spanish decision will eventually lead many other countries, particularly in Europe and Latin America, to consider following Spain’s example. In particular, this decision will certainly exert unprecedented diplomatic pressure on France, the other country having a historical responsibility in the genesis of the Sahara conflict.

Although France has supported the Moroccan proposal for fifteen years, Paris’ support for the Moroccan position has never been as clear or explicit as the recently announced Spanish position. On the contrary, France has long been content to repeat the pro-Moroccan language that the UN Security Council has been using since 2007.

Far from supporting the Moroccan autonomy plan as the most realistic, credible and serious solution to the Sahara conflict, France, in its apparent desire to sufficiently satisfy Morocco without completely alienating Algeria, is content simply to recall its adherence to the UN position that the autonomy plan constitutes “a realistic and credible proposal. »

The importance of language is well known – in life in general and especially in politics. In diplomatic jargon in particular, each word has enormous weight and the choice of definite or indefinite articles is loaded with meaning, political significance. To say that the Moroccan autonomy plan is a “realistic and credible” proposal is not at all the same thing as to say that it is ” the most credible, realistic and serious plan”.

In the first case, the speaker leaves the door open to another plan or another proposal which could also be “realistic and credible”. While in the second use, which is also the case of the Spanish Prime Minister in his letter to King Mohammed VI on March 18, there is no room for another interpretation.

Thus, for the second speaker, the hailed shot is the only possible outcome; it’s this plan or nothing. So what to conclude? This: while Spain used to think like France – applaud the Moroccan plan while leaving the door of credibility and realism open to the self-determination referendum thesis defended by Algeria and the Polisario separatists -, Madrid now believes that the Moroccan plan is the single track viable for a lasting solution to the Sahara conflict.

This change in Spain’s position – which must be seen as a logical development of the line defended by Madrid over the past two decades, given that Spain has moderately supported the Moroccan autonomy plan since 2008 – should confront the countries of the European Union with a terrible truth, terrifying for many. It is a matter of conceding that, basically, Morocco’s proposal is the best and the only way towards peace, prosperity and stability in the Sahara.

The moment of truth for the EU

Therefore, if the EU is really serious in its desire to contribute sincerely to the resolution of the Sahara conflict, and if it really wishes to strengthen its relations with Morocco on the basis of mutual respect, it should consider expressing its support clear and unequivocal to the Moroccan autonomy plan.

Such a strong statement of support would be the first step in the right direction to advance the essential cooperation between Brussels and Rabat. More than that, however, it would also constitute vital corroboration of the line of realism and compromise that the UN Security Council has clearly taken in all its resolutions related to the Sahara conflict since 2007.

Especially since 2018, the UN consensus on the Sahara issue has been the rejection of an unworkable and impractical self-determination referendum in favor of a realistic, practical and compromise-based political solution.

So, will EU countries follow in Spain’s footsteps and recognize the importance of the Sahara to Morocco and Moroccans? And are they ready to stop hiding behind vague and ambiguous statements to really and vigorously recognize the unanimity that the Moroccan autonomy plan has achieved over the past decade?

Seeing the press release that the EU issued last week, in which it expressed its satisfaction with the normalization of relations between Morocco and Spain, I think that the European bloc is not ready to give up yet. its position of “positive neutrality” on the question of the Sahara to finally explicitly recognize the unequaled centrality of the Moroccan autonomy plan.

Nevertheless, if Algeria’s feverish and virulent response to Spain’s change of position has taught us anything, it is that Algiers now fears that the months and years to come will see the Moroccan plan gain even more popularity among diplomats in general and UN negotiators in particular.

In this sense, Spain’s decision made very clear what the American recognition of December 10 had symbolically, but significantly, indicated: for any informed observer truly moved by the desire to preserve security, stability and peace in an already fragile Sahelo-Saharan region, the Moroccan plan is the only possible way out for the Sahara.