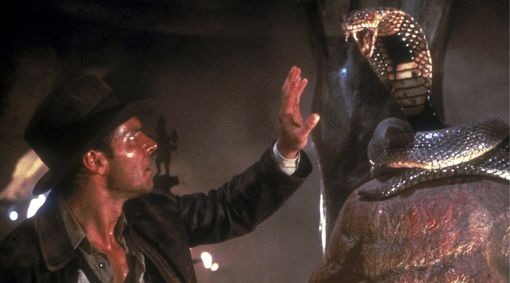 Dreaming of a snake is one of the most common dreams. And for good reason, the snake is one of the “classic” phobic animals with the mouse, the rat and the cat. This snake dream has multiple interpretations: the snake seems to condense in itself many projections and this, since the dawn of time.

HOW TO INTERPRET THIS DREAM?

Whether you look at it or have it on you; whether it bites us or strangles us, the snake is an animal that we frequently find in dreams. And yet, this one never leaves us indifferent.

The snake, a frequent animal in dreams

The snake dream never leaves you indifferent. They are cold reptiles and are often represented by their undulating bodies, hence the often described link with the male sex. Dreams of snakes are of several natures: one can look at a snake, have it on oneself, it can strangle, one can see it slipping on the body of another person. Many dreamers also talk about dreams where they see swarming and threatening nests of snakes.

Variations of this dream

According to Sigmund Freud, the snake in dreams (whether alone or several) is a phallic symbol (representation of the penis in the unconscious). It represents a male figure and the way in which the dreamer’s sexuality is experienced. Depending on the emotions felt in front of the snake or the situations experienced, the dream will tell where the dreamer is with his sexual drive and his desire. The snake can also be a direct representation of the unconscious since according to Freudian theory, it is essentially sexual.

When a man dreams of a snake, links may exist with a fear of castration or the anxiety of being under the domination of too strong and immoral sexual urges. For a woman, a snake dream may represent a desire to be penetrated or a direct need to own a penis herself.

The snake is the symbol of vital energy, because it has the ability to change its skin. Hermaphroditic in nature, it contains opposites, the good and the bad. He is the animal of the God Aesculapius, that of healing. It is manifested by the caduceus and drives the poison out of the water. Symbol of immortality, the Ouroboros, it swallows its own tail thus forming an eternal circle.

Let’s suppose that the dreamer is the serpent: in this framework, he represents certain repressed elements and at the same time, he draws attention to energies in the process of becoming active in a positive or negative way. The dreamer must become aware of his ambivalence, whether in the deep sense or in the context of everyday reality. A positioning is necessary so that the accomplishment takes place and that the possibilities hitherto ignored are revealed.

Symbolism of the serpent in dreams

The serpent in the Judeo-Christian tradition

In the Genesis, the serpent is the symbolic representation of forbidden knowledge, of sin, that is, of sexuality. Contrary to too hasty readings of the text, the snake does not represent a prohibition but a warning. To accept sexuality is to leave the world of childhood (Eden) to enter the adult world, that of responsibilities. The snake is the sign of the frightening possibility of confronting the difference between the sexes and carnal union. But it is also the chance given to encounter love through body language.

The serpent in the Indian tantric tradition

The serpent is called Kundalini. It is symbolically coiled at the base of the spine at the level of the first chakra (in Sanskrit: wheel of energy). He is identified with shakthi who is the feminine aspect of the god shiva. When the serpent awakens, it uncoils, activating each major chakra (7 in number) and ascending along the spine to the top of the skull. The adept thus has access to the knowledge and awareness of his divine nature.

Analysis of the dream of Marie-Pierre, 58 years old: Dreaming of a snake in oneself

“I am penetrated by a snake that grows inside me and comes out through the top of my head. I feel like I can see the world better. I feel like becoming a medium. I am irradiated by an intense and warm light“. Marie-Pierre, 58 years old.

“The dreamer is a woman who has a strong spiritual approach. This dream has an initiatory character. The serpent here refers directly to the Kundalini of the tantric tradition. It indicates that this woman is ready to sublimate her sexuality and transform it into a more great knowledge of herself and her surroundings”.

Testimonies and dream stories of the Doctinanauts

“DREAMING OF GETTING BITTEN BY A SNAKE”

“I dreamed that I was bitten by a snake. He was of medium height and green in color. He wanted to get into my sleeve, it was trying to stop him that he bit me. » By a Doctinanaut. Read this dream story.