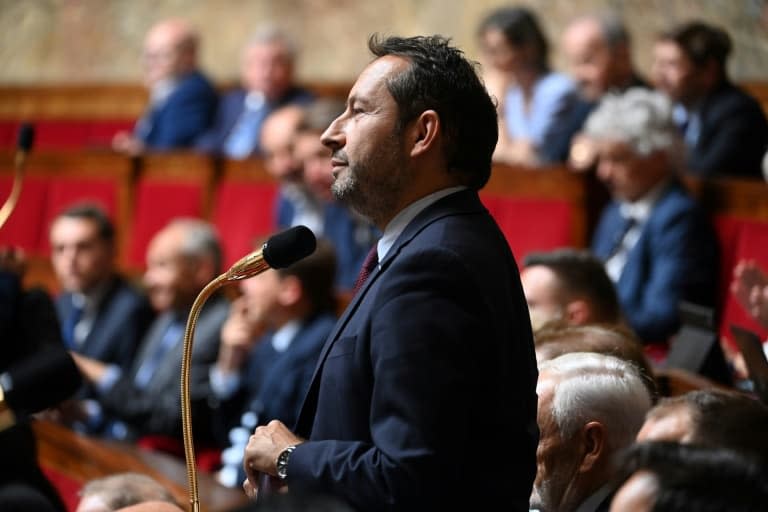 This is a new subject ignite the spirits between the National Rally and La France insoumise. Mathilde Panot’s group accused this Friday, in a Press releasethe RN – and more particularly Sébastien Chenu, vice-president of the Assembly – of “wanting to tackle the rights of people with disabilities, LGBT people and migrants”.

“The RN has removed study groups devoted to sign language, LGBTQIphobia in the world, and the reception conditions for migrants”, assures LFI. “He preferred to promote groups on the theme of the luxury industry, or hunting.”

These study groups mentioned by the rebellious are transpartisan structures, “irreplaceable places of discussion and exchanges” which allow the deputies to “deepen and follow specific questions”, in particular by ensuring “a legal and technical watch”, summarizes the Assembly national. Under the last legislature, topics ranged from the maritime economy to recreational fishing and end of life.

A number of groups divided by two

Mission was therefore entrusted to the deputy RN Sébastien Chenu, because of his status as vice-president of the Assembly, to floor on the subject. “We asked all the group presidents to have proposals,” says the deputy from the North. “We collected 375. I then invited all the members of the office of the National Assembly to come and decide with me.”

But, according to the RN, the various LFI members of the office – Clémentine Autain, Mathilde Panot, Danièle Obono and Caroline Fiat – did not come to the three preparatory meetings dedicated to the question.

“I do want us to criticize, but it’s too easy to do it when we haven’t come to debate. These are transpartisan meetings where we all try to come to an agreement”, retorts Modem deputy Christophe Blanchet, also a member of this body.

The RN denounces “a witchcraft trial”

Asked, Caroline Fiat claims to have “never skipped” a single meeting of the group. “If I did not come to one of these meetings, it is because I was not invited”, assures the elected LFI. The other rebellious deputies mentioned above did not respond to requests from BFMTV.com.

Be that as it may, the LFI group still sent proposals to Sébastien Chenu, whom we were able to consult. Among these, we find in particular the request for a study group on prostitution or on domestic violence. “We accepted 79% of the proposals from the rebellious, 85% from Renaissance, and only 65% ​​for the RN”, affirms the vice-president of the Assembly.

“Obviously, sometimes they come together,” continues Sébastien Chenu. “We are really being tried for witchcraft, unfair and false”, still judges the vice-president of the Assembly.

If the list will be officially stopped next December, the work of the office has already stopped the creation of several groups. That on sign language – deemed not very active – will be deleted, as announced by La France insoumise. It will be merged in the creation of a new study group called “inclusion and disability”, so far divided between three groups.

The question of the reception of migrants will be merged into a group on unaccompanied minors. “It makes no sense”, regrets Caroline Fiat. “We cannot manage a child who does not have a residence permit and an adult in the same way. It would not occur to anyone to hospitalize a 35-year-old in a pediatric hospital.”

Finally, the group discriminations and LGBT-phobias, created in 2018 on the initiative of the deputy LFI Bastien Lachaud will be well preserved, affirms Sébastien Chenu, but under the only title of “discrimination”.

“We will probably put LGBT-phobias in parentheses. And I will be happy to be in this group”, advances Sébastien Chenu, former founder of Gay Lib, the LGBT movement of the UMP, the ancestor of the LRs. He was not previously a member.

120 deputies for the hunt

As for the study groups on hunting and luxury that the RN deputy would have chosen to “favor” according to the rebellious group, the situation is more nuanced. That on hunting is the most active in the National Assembly, with no less than 120 deputies who are part of it.

“We will never be able to close this group which is very powerful”, replies bluntly an LR deputy. “We must not dream, even if one day we had an environmentalist president.”

The luxury sector will be studied by two distinct groups: a first specifically devoted to this sector and a second on “trade, crafts and crafts”, as was already the case during the previous term of office.

LGBTphobia, reception of migrants … Has the RN really abolished these study groups in the Assembly?