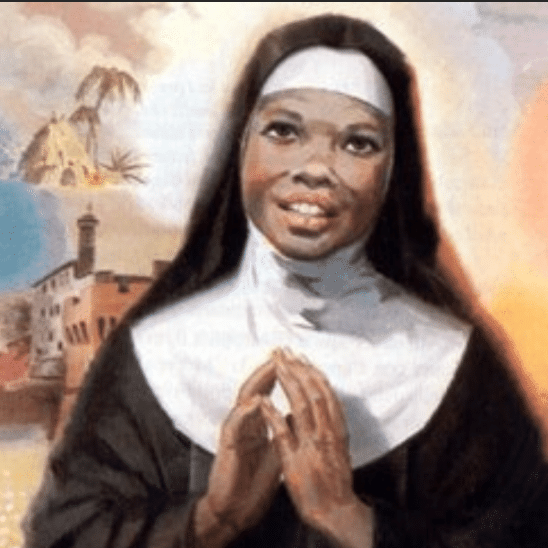 On December 6, the Church commemorates Venerable Teresa Chicaba, a mystic of Ghanaian origin. Father Adéchina Samson Takpé, priest of the diocese of Dassa-Zoumé (South-Benin) and doctoral student in liturgy at the University of Vallendar (Germany) offers a presentation of his life and his virtues.

Chicaba (1) is a Ghanaian princess born circa 1676 to Ewe parents. At 9, she was kidnapped by Spanish slave traders and sold as a slave. She was then exiled to Sao-Tomé where she was baptized and given the first name of Teresa. Some time later, she was transferred to Seville and presented to King Charles II who gave her as a servant to the Marquis of Mancera.

Because of the favor she enjoys with her mistress, she endures cruelty and violence from other family members. At the age of 24, she received the marriage proposal from the slave trader Juan Francisco. Chicaba declines the offer and announces her desire to be a nun to be only the bride of Christ. Its owner allows it.

Thérèse then joined in 1704, after the death of her master in 1703, the Dominican convent of La Penitencia of the Third Order of Saint Mary Magdalene of Salamanca, the only one who agreed to take a black woman. A few years later, she made her first vows there and became Sister Teresa Juliana of Santo Domingo. He was entrusted with the domestic work and the care of the sick. She remains famous for her care for the poor and the afflicted. Chicaba is the first black Spanish writer. She wrote an autobiography and numerous letters. She died on December 6, 1748.

Teresa Chicaba’s biographers are full of praise for her virtues of patience, courage, perseverance, humility, charity, compassion, faith, hope and fidelity. As soon as she entered the convent, she was confronted with the enmity of her sisters. Although she was freed and made a profession like them, she is treated like a slave. His participation in community life was then very limited.

Many times, while the others are in the choir, she must remain at the enclosure or in the pre-choir on her knees. When they are in the refectory, she does not have access to it (p. 87-90). But she sees this discrimination as a test of her patience. What’s more, she adds other mortifications and personal penances: long fasts accompanied by acts of charity and generosity, preference for food that others don’t like, whole nights in the infirmary…

Her confessor-biographer adds: “What can I say about the bed she used to give her tired body a little rest! An easel of torments (…) graters, chains and sheets (…). Every day of her life, as soon as she could and was not hindered by any particular illness, she took rigorous discipline” (p. 84). He further testifies that she never had obscene desires and remained a virgin until her death.

Supernatural visions: from her childhood, Chicaba benefits from an apparition of the Blessed Virgin and the Child Jesus to whom she promises to marry (p. 12-14). Separated from her biological family and marginalized by her religious community, she will live in the perpetual company of her Divine Spouse, the Most Blessed Virgin, angels and saints. Gift of Miracles: During the War of Succession, when the Portuguese besiege Salamanca and bombard it, a holy image held by the black nun from a convent window miraculously stops the bombs (p. 111).

Healings: Teresa Chicaba has had many miraculous healings. Her biography insists on the curative effect of her saliva (p. 126) and the thaumaturgical virtue of everything that touched her.
Prophecies: Teresa Chicaba read hearts and souls. Her prophecies were so accurate that in Salamanca they said in case of doubt: “Let’s go and consult the Negress of Penance who knows everything that must happen” (p. 131).

When Teresa Chicaba dies, people burst into her cell and her personal effects are turned into relics: the beads of her rosary are distributed and her veil is torn into a thousand pieces. In contact with one of these grains, Isabelle Navarro is cured of blindness. A flap of the veil allows another woman to give birth peacefully (p. 150-151). Chicaba is declared venerable by the Catholic Church and her cause for beatification continues.


Check out our social media accounts as well as other pages related to it.https://nimblespirit.com/related-pages/