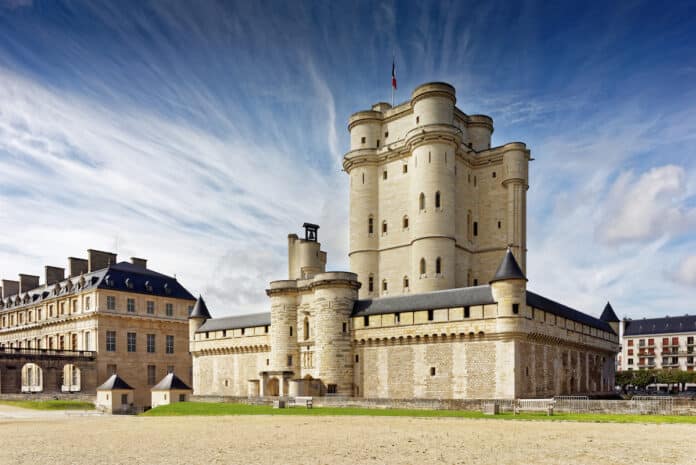 A medieval monument without equivalent in the world, the royal castle was completely disfigured in the 19th century following the leveling of seven of its towers. And Christian Gerondeau, a senior state clerk who graduated from Polytechnique, wants to give it back all its luster and bring it back to its original silhouette. He suggests creating a national museum of the Middle Ages there, capable of attracting millions of tourists from all over the world. A grandiose project that would interest Emmanuel Macron.

How did you come to this grandiose project for the rebirth of the Château de Vincennes?

Christian Gerondeau: It so happens that I was President of the Caisse des Monuments Historiques for three years, a very long time ago, so I was already interested in the Château de Vincennes, but nothing more. The idea finally resurfaced a short time ago, as often, without any particular triggering event. I became interested in the Castle as it was before, and by looking deeper, I realized that there was no real obstacle to rebuilding the present parts from the 14th century to the beginning of the 19th century.

It was at this time that the towers in particular were destroyed to place artillery forces there for the army. In reality, I am convinced that this would have already been done if Vincennes had not been a military stronghold. It is certain that Viollet-le-Duc would have worked there as he had done in Carcassonne. However, Vincennes remained in the hands of the army until 1940, it is there that the staff of the sadly known general Gamelin was installed.

What does reconstruction consist of?

It is above all a question of rebuilding the great towers which made Vincennes the French Windsor. I consulted several specialists for the renovation who all told me that it was totally doable. I have also made contact with large groups who could be private patrons and are ready to finance the operation, because the sum is more than affordable to redo the towers and fill the ditch with water. It’s a few million euros, which is very reasonable in the field of heritage.

Despite these funding opportunities, nothing has materialized to date…

No, so far. Everyone is used to seeing the building as it is. This is the reason why I wrote a book (see box) in order to make public this project of resurrection of an exceptional monument, ten minutes by metro from Paris. This work constitutes my building block, the Château dates back to Saint Louis, so we can still wait five more years… The main obstacle is that the decision can only be taken at the top of the State which owns it. , it is therefore necessary to take the idea to the President of the Republic and it is quite complicated.

There is also an idea of ​​creating a museum of the Middle Ages?

A museum of the Middle Ages already exists in Paris in the Hôtel de Cluny, but it is far too small when we have treasures such as the tapestry of the Lady and the Unicorn, for example. The museum is interesting, but cannot become a big pole of attraction compared to Orsay or the Louvre for lack of space. One of the first missions of the future museum would be to bring the fabulous history of France to life. The project is unifying, as proved by a survey carried out on this subject.

Today, the historical monuments have recovered the site, the army is no longer present, there are no more army archives. The dungeon is exceptional, the highest in Europe, there is also a Sainte-Chapelle inspired by that of the Ile de la Cité. These two monuments are worth the visit, but the rest is banal. Recreating this place as it was would be a real additional cultural and tourist asset in the Paris region.

On another Christian Gérondeau theme, you are one of the signatories who submitted a petition to the UN in 2019 on the climate issue. Are you what is referred to as a “climate realist”?

I published three books with the Artilleryman editions in fifteen months on the subject: “The ecological religion”, “The twelve lies of the Giec” and “The ecological car and other follies”. It’s difficult to talk in a few words about such a complex subject, but I explain in particular that we “believe” in statements that are repeatedly made, but we forget the reality of the figures, which is impossible. for me, who have a scientific background.

The theme that I put forward is that whatever our climate actions are, they are derisory, and this, for physical reasons. There are some 3200 billion tons of CO2 in the atmosphere, but all of the developed countries contribute to increasing this figure by 5 billion tons each year. There is no point in beating ourselves up for thirty years, or for humanity to make a lot of decisions that make no sense, so much to face reality, the changes that we are asked to make are ineffective.

At the global level, we hear governments say anything on this subject, implying that everything is our fault, but the subject is much more complex. And I’m not the only one saying this, Nobel Prize winners and eminent scientists are saying so, but we can’t make ourselves heard because we’re supposed to deny reality. Unanimity does not exist on the subject, but misinformation takes over, even though my books have never been attacked.

We have returned to the Middle Ages, but fortunately, we are not burned like witches were burned! Our next fight is to make our voice heard against the bill which aims to accelerate the implementation of wind turbines. An opportunity to make the reality known.

He wants to resuscitate the Château de Vincennes: the incredible project of Christian Gerondeau