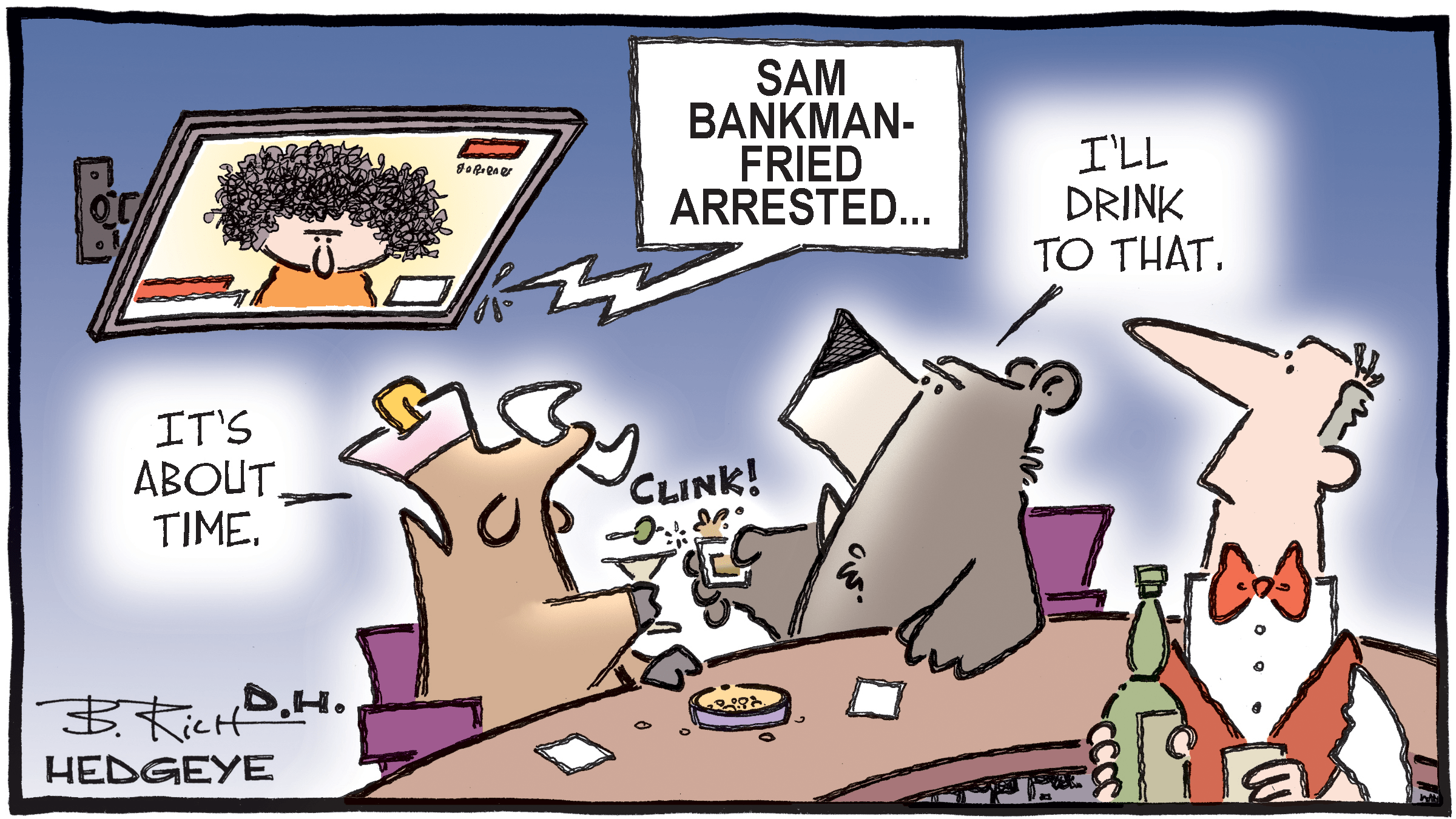 Obviously, we only have to determine what “transient” means. The market is happy, investors are rolling on the ground with happiness, the FED must be over the moon (but we don’t know because they are locked in their offices until tonight) and we even wonder if we are in the ideal situation to have a fabulous year in 2023, with rates which should only go up by 0.25% in February. Yesterday will have been almost perfect and all that remains is for Powell to do the right thing and say the right thing tonight and we will know that the stock markets will never stop rising again.

Inflation is our friend

There were two ultra-important things this week. The first is already settled and in addition, it came out “as we like” – below analysts’ expectations. If one must speak factual; the CPI came out at 7.1% vs. 7.3% expected. It’s delirium and it was euphoria like last month. Finally. Like last month, it’s easy to say. No, because last month we took 5.5% because inflation had fallen below 8%, whereas there we took almost 3% on the news before deflating like an old balloon to end up barely rising 0.73% on the S&P500.

But hey, we’re not going to nitpick. Above all, we are going to slap each other on the back to express our joy at seeing that the FED’s work is paying off and that at this rate of decline, we should normally end up with a SIMPLE 0.25% increase in February. Oh yes, because I didn’t tell you; we have already moved on to the next step, which consists of anticipating the next rate hikes next year. Yes, because those of the month of December are “in prices”. Of course, we all know with near-absolute certainty that Powell is only going to hike rates by 0.5% tonight and that on top of that, given the strong CPI numbers released yesterday, he can only get “dovish” and behave like a nice little lamb in the service of Wall Street.

So you will say to me: “but why did we rise by nearly 3% after the announcement of the CPI figures before deflating miserably on the American close??? – And you will be right. After all, the news was rave and it proves that the economy is eating out of our hands and that the FED is doing what it wants. Even Jeremy Siegel from the Wharton School dropped out of his finance class to tell us that – he thinks – next year the Fed will start cutting rates mid-year.

Therefore ; why did we go back to closing? Experts think that “the market” is brave but not reckless and that it still needs to have its certainties confirmed by the FED tonight and only then can we REALLY START to rise, since it seems more and more more evident that the authorities have regained control of the economy. We are looking forward to 2023, it will be so easy. It will be enough to buy on the first of January and wait for it to end in a cannonball, without ever having the slightest doubt in mind.

Suddenly, when one takes the time to read this morning’s press, one can be struck by the self-satisfaction that reigns there. Yesterday we gave pride of place to all the strategists who came to announce the recession for 2023 and this morning, 0.2% less on the CPI and we are dancing naked on the restaurant table, we are so happy with this what is happening and oh how everything is under control. And no one seems disturbed by the intraday reversal of the US markets. As if everything was already planned in the trading plan for the week: we explode on the CPI figures, we take the profits, we recover long just before Powell’s speech which announces that he is changing teams and going from the Falcons of Washington to the Doves of Columbia and all you have to do is watch the markets go up until Christmas. But beware, not THIS CHRISTMAS, the Christmas of 2023.

Of course, the recession scenario has not yet been completely ruled out, but yesterday’s figures seem to have reassured the market that the FED is doing the right thing and that things are under control. Yesterday’s downturn can also be interpreted as mistrust. Distrust of what Powell might say and prefer to be brave but not reckless in the meantime. Anyway, everything is fine, we look rather serene for tonight. Futures are already up 0.4% and it is hard to see what could undermine this great confidence that we have been displaying for 24 hours. Or not…

This morning in Asia, we are focusing more on caution than on optimism. But it still goes up. If we disregard China, which is doing nothing, Japan and Hong Kong are up 0.75% in rather good harmony. On the oil side, note that OPEC has cut oil demand forecasts for next year. Suffice to say that those who were counting on the request for the taps to relax in opening mode at high boiling point, they will remain unsatisfied. The barrel is at $75.24, gold is at $1821 And Bitcoin is soaring to $17,774 nothing seems to be able to stop it since SBF was stopped. Exactly.

So the ex-FTX boss is in jail, he’s been denied bail and judging by the number of charges he’s been slapped on his back, he’s not about to see the light of day again. Everyone in politics is throwing themselves on the carcass of the former crypto prodigal child and when we hear the comments of certain members of Congress who want to kill him, we say to ourselves that nevertheless, these politicians corrupt to the marrow, are really not afraid to come and give lessons and even if SBF is not an innocent white goose, to see these puppets from Congress come and give their opinions on the subject is purely pathetic . But that’s not the point. The subject is that we will have to regulate the environment and not let ourselves be obsessed with the trial to come and forget the main thing: regulation.

News of the day

On the news side of the day, we note that yesterday Moderna was crazy after the first test of its vaccine against skin cancer showed good results, as long as it is used with another product from Merck. The title took 24% on the news, but remains down 20% over the year. Other title and other direction: Tesla. Since Musk took over Twitter, the stock of his electric car company has lost 30% of its value. Over the year, Tesla is down 55% and everyone is puking on it. Competition, lawsuits, quality problems, management problems, everything goes. But when we know that the company will surely announce a share buyback soon – on Twitter – we will still have to be wary for the shorts. Still, at times it feels like the honeymoon between Tesla and Wall Street is over.

For the rest, everyone is going there with their theory of what Powell should say tonight and how he should behave. What color of tie and how he must speak political correctness to please the markets without ever scaring them. We are not going to kid ourselves, we know what he is going to say. The question will be to know what he will let us hear for the future. Afterwards, everything will be left to the free interpretation of finance experts and it will be the law of the strongest, of the one who has the most influence.

So we’re not going to lie to each other, today’s day will be based only on the FED and only on the FED. The big question that I’m going to try to answer myself personally on my own is whether – after the Fed – it will still be worth coming to the office before 2023. No, because frankly, we’re going to talk about what next? A rate hike for the FOMC Meeting in February? I don’t know, but I think it’s time to take a break and reset things.

“The only person you are destined to become is the person you decide to be. -Ralph Waldo Emerson

Inflation IS definitely under control and it should only be temporary – invest.ch