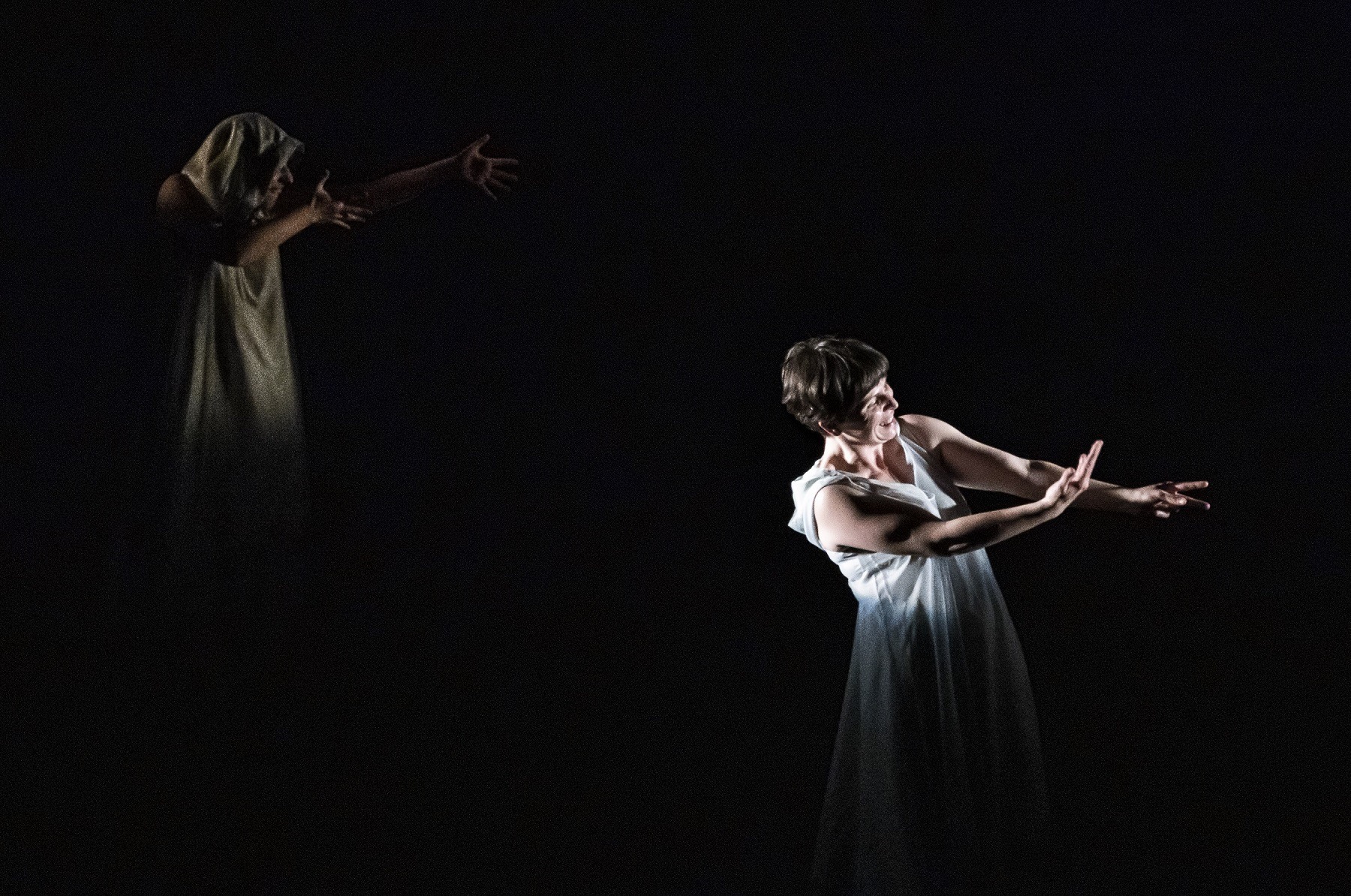 With Marguerite’s Opinion, the company Verticale tells the story of a young woman accused of witchcraft. A tale as stylized as it is controlled.

It would be necessary to count and analyze by the menu the growing interest in recent years of artists for witches – figures of patriarchal persecution. Related to various publications (let’s quote the tests Caliban and the Witch by Silvia Federici – translated into French in 2014 – or Witches – The Undefeated Power of Women by Mona Chollet released in 2018), this craze does not dry up. However, the stories are multiple in that they do not necessarily work openly on feminist issues.

In Marguerite’s Opinionauthor and director Catriona Morrison is inspired by real events. By immersing herself in old Alsatian tales, she crosses paths with the history of the witch hunts that took place in Alsace in the 15th and 16th centuries. There, she discovers the story of Marguerite Mowël’s life. In 1582 in Bergheim, the latter, accused of witchcraft, questioned and tortured, was condemned to be burned alive – having admitted her faults and her pact with the Devil under torture. Inspired by this story and incorporating elements from other stories, Catriona Morrison delivers a fable that assumes, in complete freedom, the imaginary and narrative part, and which alternates between first-person narrative and poems. This tale turns out to be terrible here, the author inscribing a fantastic dimension in it: several centuries later, Marguerite still haunts the descendants of her relatives – who at the time had not helped her and had even witnessed her execution.

To tell this story, Catriona Morrison opts for a refined form, working on confusion and worry using artifices that are as simple as they are effective. It begins in near darkness, from which only the face of a woman stands out. Performed by Sophie Nehama, the latter embodies Marguerite, a distant figure seemingly a thousand miles from us. Located in the courtyard, it tells its story in a placid tone, this one being punctuated by recipes for decoctions and lists referring to a whole knowledge of plants and their mysteries – inheritance received by Marguerite from her grandmother. From time to time, she will be joined by another woman who will accompany her with her words or her songs (Marie Schoenbock), and will double his description of the mixtures and virtues of plants.

While the sequences in the past are marked by a formal distancing – produced by the distant position of the characters on the stage, their slow and detached acting, as by the creation of lights working with refinement on chiaroscuro – those, contemporary , where the distant descendants of Marguerite’s cousin are obsessed with her, establish a closeness. Performed onstage with a tone working on contact with the public, denoting with the other sequences by their more playful, almost light character, they also benefit from stronger lighting. Their story brings them closer to us, as does the interpretation.

We can read throughout this story the way in which a woman was banished from a small society and the way in which this very versatile microcosm never ceased to reconsider her – respecting her for a time for her knowledge and the protection it was supposed to bring, then blaming it for all evil. We can see there the laying bare of a mechanism of oppression and the refusal to listen to the other, to consider that his word has a value. But above all dominates, in this theatrical object, the accomplished and beautifully led desire of an artistic team to carry a story, to tell us a story by working with subtlety on the possibilities of the stage.

VERTICALE benefits from the Grand Est Region’s three-year aid scheme for the development of artistic teams in the performing arts for the period 2021-2023.

Marguerite’s Opinion, chronicle of a life