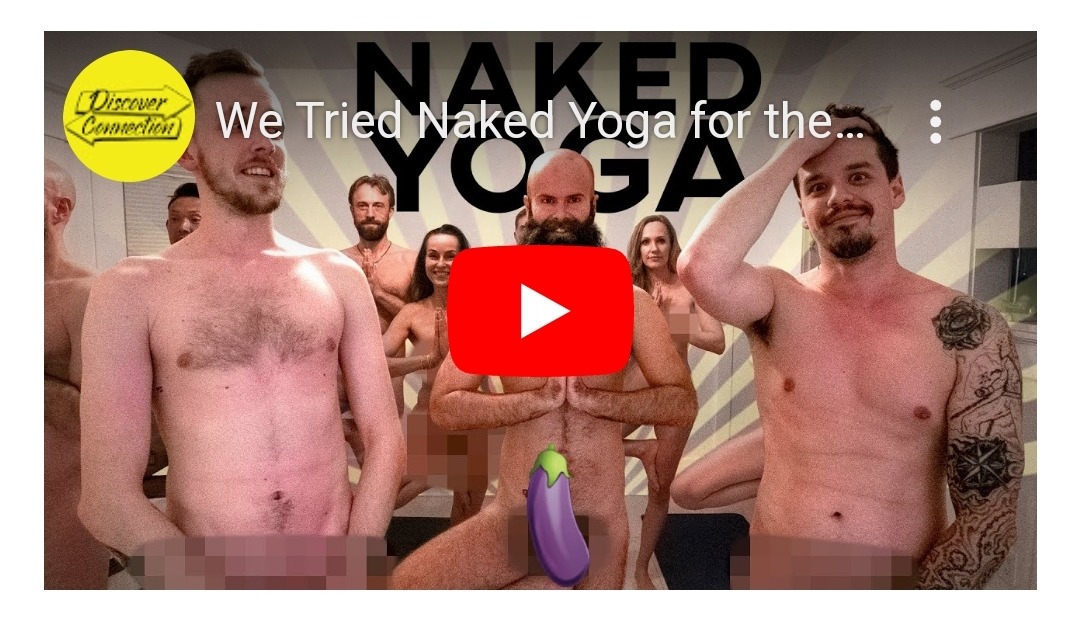 Will Blunderfield, a former successful singer who once signed to Nettwerk Music Group, is transforming himself into a happiness and sex guru, specializing in penis reflexology, urinotherapy, sexual Kung-Fu and other tricks. .

Health and well-being being new drifting trends, Will knew how to do well by placing himself in a jiffy as a Wellness influencer. He likes to be called “The Wild Naked Man” which means ” naked wild man ”. He claims to be able to cure sexuality through music, love, esoteric yoga and mantra music. Its website is a cocktail of glorification of narcissism and totally wacky practices.

The results are very promising, sheathed abs without sport and this, only based on flooding of food supplements.

In order to monetize his advice on pseudo-medicine and other trickery, Will needs his social networks. Instagram being the sinews of war, that’s where things get tough for him.

By dint of generously providing advice dangerous to health, Will finds himself regularly banned from the platform. It must be said that Will is already on his eighth Instagram account. But no matter what, nothing stops him, refusing to question himself a little. Will prefers to scream at censorship, the problem comes from Instagram, but certainly not from him. In this regard, he states:

Tirelessly, Will strives to recreate new accounts in order to fish out his community.

It must be said that on Instagram Will does not go out of his way, here is a small range of daily content that he actively shares with his community. To do this, Will always starts his Instagram stories with a “What’s up Yogis? . From there, Will will propose the course of his day in the form of a health routine to follow.

In the morning: A glass of “Juju” ultra-filtered plasma

“I’m going to do my morning core practice, smack my nuts, breathe into my testicles.

I stimulate my manhood, all that good “juju” from my kidneys because the kidneys are the batteries of the body.

And here is the hyper-plasmic filter of my blood.
It’s not urine!! It’s a stupid world.

I am not a doctor, and most doctors have been brainwashed by Rockefeller anyway”

Lunchtime: Advice to help you anchor your chakras

“I’m just here to load my testicles and then I’ll log in to my OnlyFans.

Then push it into your anus, it’s a very advanced ritual.

I know it’s very triggering for a lot of guys, but don’t criticize until you try.

A butt plug is a spiritual tool, most men are disconnected from their root chakra and if you put on a butt plug and breathe you will get your chakra so rooted you are going to feel so young and juicy.”

“Today Brian and I are doing a really juicy anus workshop. We got some in the prostate and it caused the secretion of manhood precum.

So some semen and some testosterone, semen is good for muscle and nerve growth which is great for your brain and nervous system.

Mixed with my urine which is very very very powerful, I love it!“.

In the evening: A penis meditation

“Tonight I’m about to do my penis meditation, I’m meditating on my penis, my testicles, my prostate and every cell of my being for five minutes.

As if the sexual energy between my legs is like a hot ember on a stove from this emanation comes out the healing light like a morphogenetic field around the planet.

The matrix cuts us off from our power and blocks it, you have to let your sexual energy flow freely as if it were an act of revolution and rebellion and our revolution is long overdue”.

Will is a fine gourmet, it is with pleasure that he shares his best culinary recipes with his subscribers.

As here while promoting Rudolf Steiner founder of anthroposophy, esoteric doctrine widespread throughout the world. Filming himself preparing to cook a steak with Demeter certification, a product from biodynamic agriculture.

In August 2022, YT Channel 5 hosted by Andrew Callaghan decided to meet Will by filming him for 48 hours. Within two days, the video on YT had been viewed 1.2 million times. During a sequence Will, talks about his professional career, mentioning Troy Casey as his mentor.

Before infiltrating the world of well-being by calling itself “Certified Health Nut “Troy Casey, was known as a famous anti-vax worshiping Donald Trump. During the COVID-19 pandemic, Troy hosted a Telegram channel sharing all the anti-vaccination, anti-mask rhetoric, as well as anti-Semitic hate messages.

To date, the link to the Troy Telegram channel is still offered on the site of “Certified Health Nut“.
We also find him filmed in the middle of a discriminatory “joke” in public, like here in a café:

“We looked at his social media and saw that he has a lot of fans and benefits from indigenous spiritual wisdom and practices.”

In order to stick to his mentor, Will also hosts his own Telegram channel. There is a charming cocktail of bric-a-brac, like fantastic theories around Antony Fauci. One day, photos praising “Butthole Sunning“, a dangerous practice which consists of sunbathing the anus.
The next day aCertificate of Achievement awarded to unvaccinated people for surviving the greatest campaign of psychological fear in human history“.

Here we find all the eloquence of the QAnon movement, which uses the well-being environment as a gateway.

And right now, even Troy Casey’s “Certified Health Nut” YT channel is offering yoga classes in conjunction with Will.

During his interview for Channel5, Will explains the course of his yoga classes by saying:

“In my classes we strip down and literally massage our penises together“.

Which suggests a strange process during a yoga class.

Getting carried away by the teacher’s halo effect and the feeling of group cohesion, submitting more quickly without really thinking about consent and the psychological consequences.

Shortly after the show aired on his Instagram account, Will posted an announcement to his community asking:

“I teach yoga to young adults with autism and trisomy 21. If you know anyone who could benefit, private message me to find out more“ .

This statement on Instagram illustrates the hold Will Blunderfield seeks to have on young and vulnerable people. A disturbing drift to mark with a red flag (Red Flag 🚩).

Will Blunderfield: Trash Guru and Conspirator