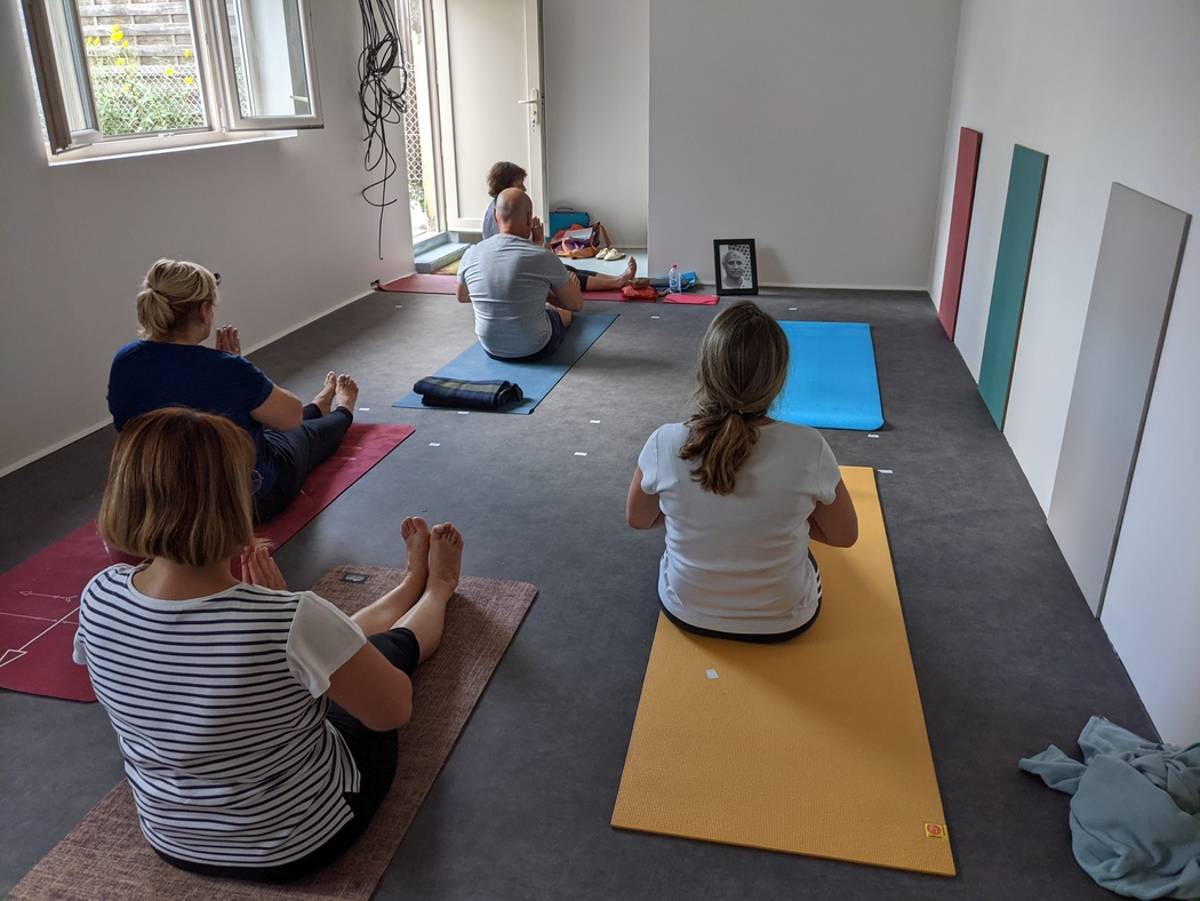 With the period of covid, and the successive confinements which have stretched, many have become aware of the sustained pace imposed by our 21st century way of life. For many, the need to refocus on the essentials, to let go, has erupted in this period of upheaval.

We went to meet four qualified teachers, three of whom have chosen to open their own rooms. They gave us their vision of the practice of yoga and its benefits. Each and everyone tried to provide some answers on this need to let go in his body and in his head.

“A lifestyle above all”

She has been giving lessons in Nevers since September 2018. “Yoga, of course, there is a craze, but it is above all an art of living”. Reading a book dedicated to the benefits of women is a revelation. She felt an impulse, “there was the motivation to go deeper into yoga”. She wanted to become a teacher. After twelve years as a student, she trained for four years with the French Hatha Yoga Federation. Odile Engel has clearly noted what she designates “as a kind of group movement. I cannot describe why it has become a mass phenomenon. On the other hand, I can judge that my students perceive the benefits of yoga. They come back and have a feeling”.

Another trend annoys the latter. The increasing number of courses coincides with “a number of teachers who practice without a diploma. Me, I followed a training course. I teach with my heart. I am a certified teacher. I am involved in the FFHY. And it’s good to progress. Odile Engel is saddened “to see this mass yoga” and prefers to focus on sessions in small groups. She also wants to make this clarification on the discipline. “Yoga is not a sport. I teach hatha yoga, an authentic yoga to drive away the torments of the mind”.

Free myself from this mass yoga.

She seized the opportunity to create her own room for various reasons, including precisely that of “freeing myself from this mass yoga”. Before the opening of her room, Odile Engel set up an association to teach in Nevers, among her students, “a certain state of mind was formed. That’s what I appreciate”.

The need to move on

Nestled in the heart of the historic center, Natacha Texier has opened her room, 20 rue des Récollets. At 36, the young woman begins her second professional life.

The covid effect has been there. The need to move on, more in line with his aspirations, proved to be the strongest. After confinement, she therefore trained in yoga and sophrology, after long years of practicing yoga. “For a year and a half, it was quite tough. I really took the time to offer a solid teaching. I offer different disciplines. I didn’t want to restrict myself to just one type of yoga.” 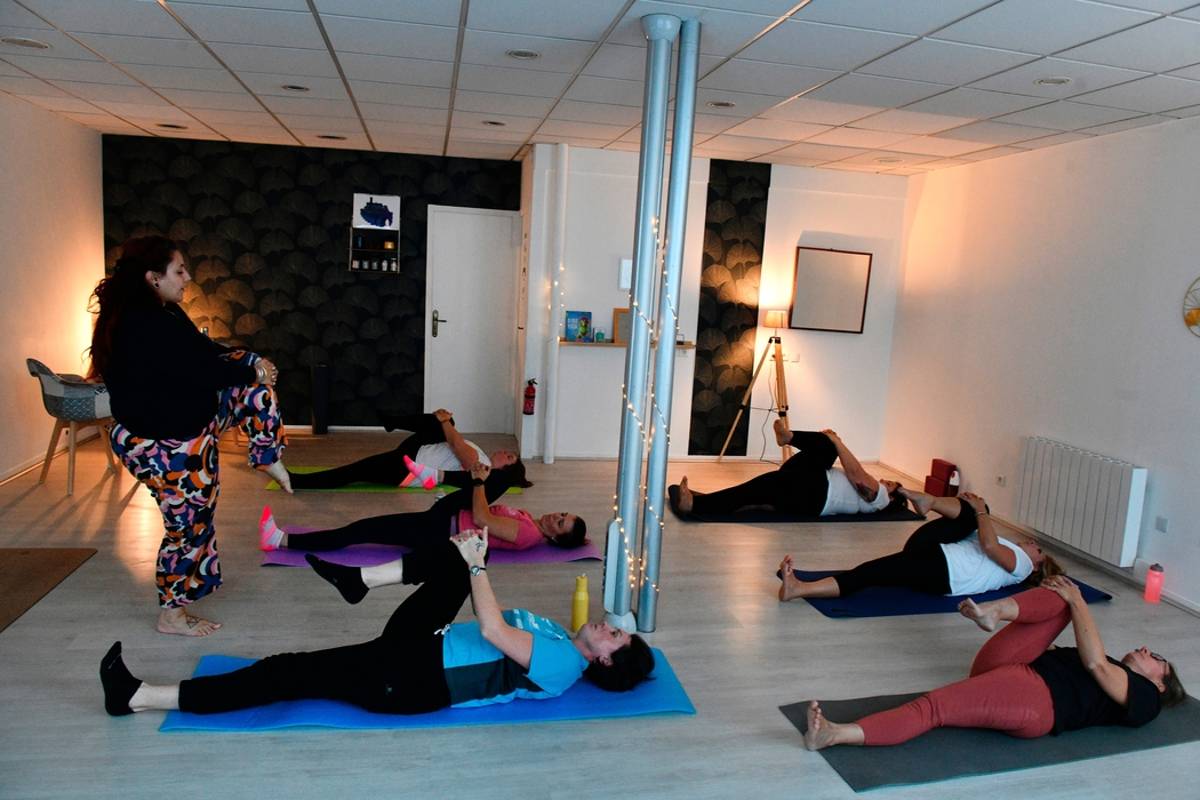 Natacha Texier intends to get out of “standardized yoga. My speech is benevolent. I adapt to each person according to their morphology, their flexibility. In yoga, we have an important linear progression”. The teacher makes sure to guide each of her students in the different postures. “You have to take care of the person. That’s why my classes are limited to eight or nine people”.

The covid has made us all slow down and feel the need to return to wellness activities.

With the successive confinements, she completely understands this interest in yoga.

“Covid has made us all slow down and feel the need to return to wellness activities. It’s rather nice to think that there are more and more requests. As for the students, she was able to draw these first observations: “it is mainly quite tense people who discovered yoga during confinement. They have started a process of refocusing. After practicing online, they wanted to make time for themselves indoors. People are interested in their well-being and their mental health.”

The teacher intends to democratize yoga and make it accessible “to everyone”. She made the choice to offer one-hour sessions, in early morning time slots, the lunch break or even on Sunday mornings, “this is well included in the schedule. The students come to breathe. Classes are relaxed. Affinities are created. There’s a lot of support.”

Natacha Texier adds these last words to conclude her vision on the craze for yoga: “I am very happy that it is developing in Nevers. There is room for everyone.”

In this new school year, he realized that he could double his classes

In the Banlay district, in his room (Arbre Yoga) boulevard Saint-Exupéry, Asselin Thomasset has noted this attraction for yoga for several years, long before the yoga virus arose. “Good six or seven before”.

He has been a yoga teacher for ten years. He never struggled to “find students”. In this new school year, he realized that he could “double my classes. It would fill up.” On leaving confinement, he was able to observe “that people were paying more and more attention to them”. He has also seen more men participate in his sessions. 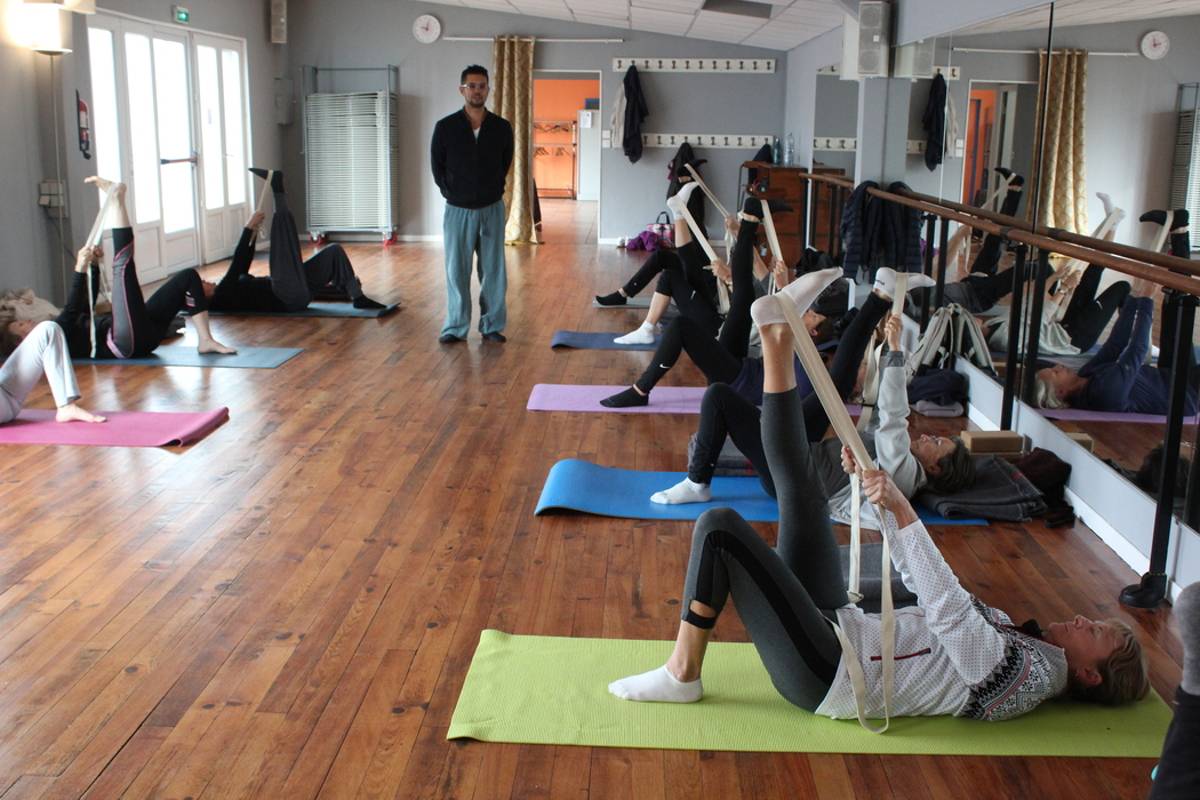 Asselin Thomasset noted an attraction for 6 or 7 years for yoga.

For Asselin Thomasset, “if yoga has the wind in its sails” today, this can be explained for various reasons. In relation to the pace of professional life and the surrounding stress, “people need something that allows them to relax”. The latter goes further in this reflection: One can ask the question: why not meditation or tai-chi which has developed a lot, but not as much as yoga? “. The teacher describes several aspects of yoga that may be key to explaining this attraction. “Already, it’s a complete discipline. The effect of the postures is immediate”.

Another aspect, to discern between positive and negative points: “with the enthusiasm of recent years, Westerners are appropriating yoga and developing specific yogas. There are indeed a dozen major yoga currents that can appeal to anyone. But a marketing side is also developing. This cuts itself off from the original aspect of yoga and all this turns more and more on the physical plane, ignoring the other much deeper spheres. Will practices evolve or remain stuck in this physical sphere without doing deep work? “. Asselin Thomasset has chosen to develop a type of yoga that is not attached to a specific school. “I practiced different types of yoga. I integrate the best of everything. I do not feel attracted to develop a specific yoga, it would be incomplete”. 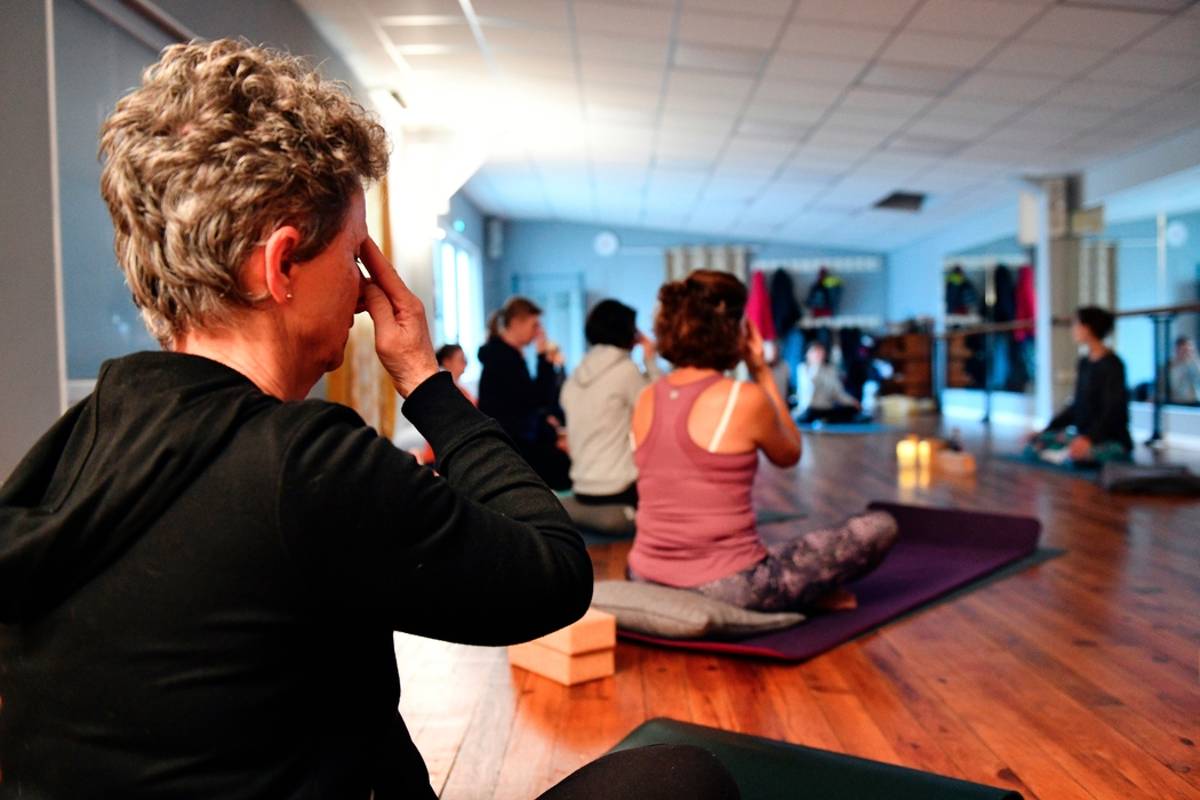 Photo Christophe Masson Yoga Classes by Lucie Crozet. This has seen a lot of requests at the start of the school year.

The latter, since the start of the school year, rents his room to a colleague: Lucie Crozet, who founded her micro-enterprise in January. “I started recently so I don’t necessarily have a before/after. On the start of the school year, indeed, there were a lot of requests. It’s very varied: people who have already practiced and who want to come back. People who have never practiced. Also people who practiced online and decided to take the plunge and come here. Confinement has given a fashion effect to yoga ”.

Where to practice yoga in Nevers. This article is not intended to be exhaustive in relation to all the yoga classes offered in Nevers. We took the option of interviewing teachers who have just opened their room. Many associations also offer courses in gymnasiums in the City in particular.