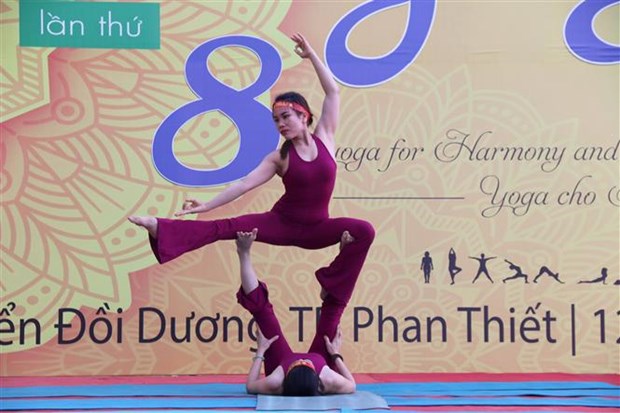 A performance during the celebration of International Yoga Day in Binh Thuan. Photo: VNA

Hanoi (VNA) – Placed on the theme “Yoga for humanity”, the 8th International Yoga Day will be celebrated on June 21 around the world, but also in many Vietnamese cities and provinces.

India’s Ambassador to Vietnam, Pranay Verma, briefed on the various events organized by the Embassy this year to mark the 8th International Day of Yoga, during a press conference given on June 13.

Ambassador Pranay Verma affirmed that this event has great significance for India and Vietnam. In 2022, the two countries celebrate the 50th anniversary of the establishment of their diplomatic relations (1972-2022). Vietnam has always been an important partner of India in promoting and celebrating the International Day of Yoga since its recognition.

On May 29, the first event marking International Yoga Day 2022 in Vietnam was successfully organized by the Embassy in collaboration with the Buddhist Sangha of Vietnam at Tam Chuc Pagoda, Ha Nam Province. 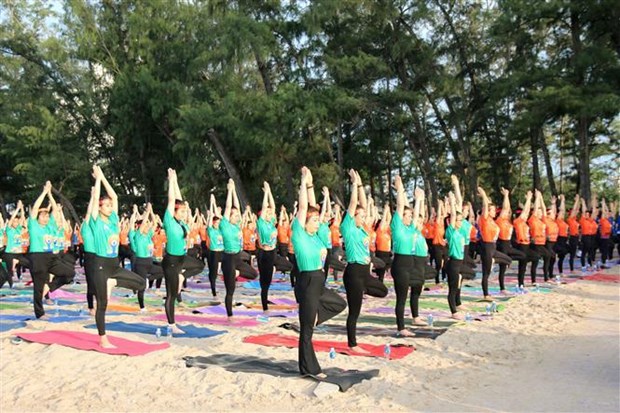 A performance during the celebration of International Yoga Day in Binh Thuan. Photo: VNA

In 2022, Vietnam was selected by the Indian government as one of the countries included in the Global Yoga Ring or Guardian Ring program. Specifically, on June 21, India’s National Doordarshan Television will broadcast India’s International Day of Yoga celebrations live to the world. For this purpose, a big event will be organized in Ha Long Bay by the Embassy ofIndia and Quang Ninh province, the Indian ambassador said.

In his letter, Indian Prime Minister Narendra Modi thanked his Vietnamese counterpart for the Vietnamese government’s enthusiastic support in celebrating International Yoga Day in Vietnam over the past 8 years, and wished to continue to benefit from it for success. of the 8th edition. He expressed his belief that yoga would help create a healthy and peaceful planet.

This international day aims to raise public awareness around the world of the many benefits of yoga on body and mind. This approach to our health and well-being can also have wider effects on the world around us, on our loved ones, on our lifestyles and, ultimately, on our sustainable development in harmony with nature. -VNA