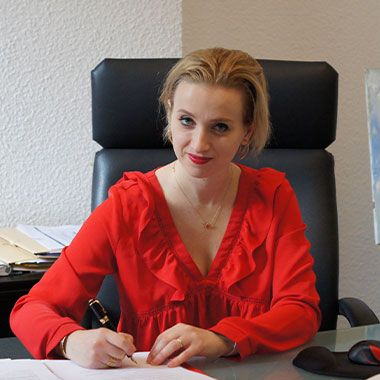 the essential
There are many sectarian practices that have been talked about in 2021 and 2022. In any case, “it is not beliefs that are sanctioned, but deviations”, explains Me Madeleine Picton-Gueye, lawyer specializing in law. sectarian aberrations, at the Bordeaux bar.

Yoga and advice, there was, at the beginning, in Picardy. But when the first follower of the community lodged a complaint against Christian in September 2013, she detailed “sex workshops” sometimes accompanied by psychological bullying which would continue in Vienne and Charente-Maritime.

From “simple practices of debauchery” defends the former yoga teacher who tries to demonstrate the absence of constraint thanks to the 250 sextapes seized in 2016. Ten followers of the community follow him in his defense. Not Marie-Hélène and Marie-Antoinette who see with satisfaction the prosecutor retaining the psychological influence, during the trial in March 2021.

So much so that the Vienne criminal court sentenced Christian to four years in prison, for sectarian aberration and complicity in money laundering, on May 20, 2021.

Eighteen months later, Marie-Hélène and Marie-Antoinette have still not been reimbursed for the €637,000 invested in the community. And for good reason, Christian appealed.

“The file must be re-heard. We are waiting for the date,” says Me Madeleine Picotin-Gueye, the victims’ lawyer. Specialized in cases of sectarian aberration, she does not count the files in progress on her office in Bordeaux. “There are plenty of small groups surfing the wave of well-being. We haven’t finished having a job,” says the lawyer, for whom the phenomenon of “dérapeuthes” is not new.

These slippery therapists particularly exercise their talents in the alternative therapy market. “It starts to become dangerous when the followers are under the influence and they commit acts that they would never have done in conscience, explains the lawyer. They (Editor’s note: the gurus) can create induced memories – it exists – and will take advantage of the situation to get the person to confide, to undergo sexual practices, rape, things that have nothing to do with care, whether for financial and/or sexual reasons, according to the fantasies that are specific to the derapeuthe.” However, it is difficult to intervene without followers recognizing themselves as victims.

At One Nation, which tried to establish itself not so long ago in the Lot, they are convinced of being dominated by “a pedophile elite”, like QAnon in the United States.

Read also :
Alice Martin-Pascual, figure of the One Nation conspiracy movement, arrested in the Tarn

When they follow Thierry Casasnovas, it is because the latter has persuaded them that “the disease does not exist”. The “pope of raw foodism” is however the subject of a judicial investigation for endangering the lives of others opened in 2020, which does not prevent him from continuing to broadcast with impunity his diatribes against the traditional medicine with its 588,000 Youtube subscribers.

“We are not a sect, no one is held against their will”, further explain the followers who have remained faithful to their shaman “Loup Blanc”, arrested in Tarn-et-Garonne in December 2021.

Read also :
INFO LA DEPECHE. Disciples of ‘White Wolf’ shaman speak for the first time and defend their ‘spiritual master’ accused of rape under the influence

This is the reason why we no longer speak of a sect as expected in the 80s, but of sectarian drift. “Belief has never been sanctioned in itself by French justice, specifies Me Picotin. What poses a problem are the deviations that can be found elsewhere in classical religions.” In this case, the rapes and sexual assaults under the influence of which the “masters” are accused, the abuse of weakness, the embezzlement… Everything then rests legally on the notion of influence, which is not always easy to prove.

To keep a “thought leader” away from his followers, there is another solution, as Alice Pazalmar, the emblematic figure of “One nation”, has learned the hard way. Convicted in early 2022 in Toulouse and Cahors for a series of traffic offenses, the former psychiatric nurse was arrested on September 18 in the south of Tarn, and taken to detention to serve her sentence. Not as glorious as Al Capone, who fell for tax evasion, but effective… for a few months. With a risk, reinforce the conspiratorial feeling of the followers.

In terms of sectarian aberrations, criminal convictions have significant civil implications. The Court of Cassation thus noted in a judgment of September 16, 2021 that the state of psychological subjection of a victim was such as to prevent the civil prescription from running. The Court equates this state of subjection to an impediment resulting from force majeure. This case law from the highest jurisdiction of the French judicial order could allow many victims of sectarian aberrations to assert their rights despite the long periods during which they may have been deprived of their psychic autonomy.

Sectarian excesses: “With the ‘dérapeuthes’, what the followers experience has nothing to do with care”

Near Pont-Audemer, yoga and sophrology classes in a soothing and green setting
What to do in Lyon this weekend of September 23-25?
Tourism trends: 2023, the year of the puppy-yoga? - Etourisme.info
Tweet
Share
Share
Pin