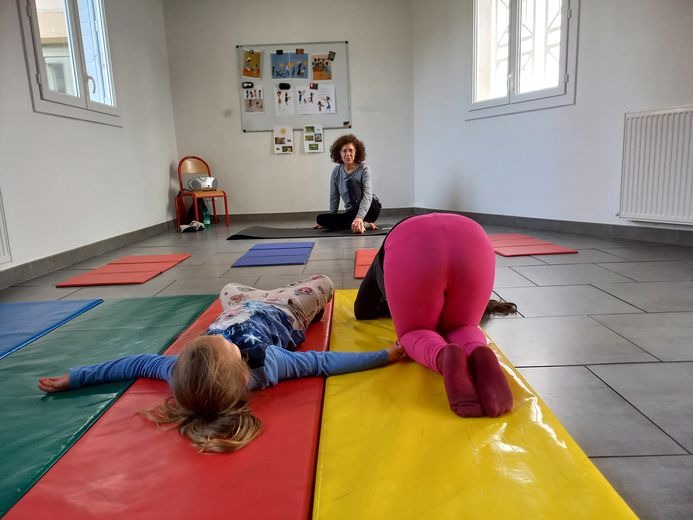 the essential
This April 29, the MJC and its partners organized the open doors of the “Fridays of early childhood” operation. This weekly meeting provides support to parents and offers activities adapted to their little ones.

Who has never encountered difficulties with their young children? What parent has never felt alone in the world? On this April 29, it was an open house operation for the “Fridays of early childhood” which take place every week in the Foultitude room, at Foulon, for 0-4 year olds. Worn for years by the Maison des jeunes et de la culture (MJC), in close collaboration with the community of communes of the Portes d’Ariège-Pyrénées (CCPAP), the early childhood relay “Les Petits canards”, and the media library de Pamiers, this project is a support for parenthood within the framework of the City’s policy. Every Friday, several workshops are offered free of charge to the inhabitants of the district, to childminders and to all those who wish. “We have people who come from Tarascon on purpose but also from the whole department”, slips Adélie Bacle, socio-cultural facilitator at the MJC.

Motor skills games, yoga and storytelling are thus freely accessible, led by early childhood professionals*. “Following the confinements, we wanted to revitalize this project which is free and without registration. This is why we open the doors of the room in the literal sense of the term. It’s about creating a bond between children, between parents and their little ones but also between inhabitants of the neighborhood because we have a lot of people who are alone. We want to show them that the little bubbles that we set up here can be recreated at home,” explains Laure Delbos, director of the MJC.

At the same time, Osman, soon to be 1 year old, sets off on the activity mat under the amused gaze of his mother. Only twice has Teuta, 35, participated in the operation. Obviously, this mother of five children takes pleasure in coming to the heart of her neighborhood. “I have a little one that I can’t leave with anyone and every lunchtime, my big girls come home to eat so it’s a race! Moms are nice, we laugh. And it allows my son to see other children,” smiles Cécile, mother of Rassoul, 2, Capucine, 8, and Gwendoline, 12. It turns out that it was especially her daughters who were captivated by Sophie, a very dynamic super storyteller.

“You don’t need to know how to read to tell a story,” insists Adélie Bacle. “We try to desacralize the book as such with works without images or by showing parents how to seize objects to work on the imagination. Reading makes it possible to awaken to vocabulary and to a certain culture by giving the right points of reference”, continues the socio-cultural facilitator.

Because in terms of support for parenthood, the MJC is not satisfied with these famous Fridays. These moments of meetings and weekly exchanges are sometimes extended by support which can be quite extensive for families of foreign origin, in particular: academic support, mediation with schools, administrative or IT support and referral to social services. But the MJC is not intended to replace them, notes Laure Delbos who can count on the financial support of the town hall, the CCPAP, the Department, the Family Allowance Fund (CAF) and the State.

Finally, for those who really cannot travel, it should be noted that all Friday storytelling sessions are recorded and broadcast twice a week on Oxygène, the Appamean radio station based at the MJC.

Located in the heart of the city, also classified as a priority, the Regards de femmes association has been particularly involved in the La Gloriette and Foulon sectors for years. As part of the “Women of the World” project, Éliane and the whole team are stepping up their actions. Next meeting not to be missed: the meal at the end of Ramadan which will be shared this Wednesday, May 4, from noon, on the banks of the Ariège, at Foulon. Wednesday, May 11 afternoon, it’s empty-dressing rooms around the Foultitude room. Don’t forget the Monday sewing workshop, in room D; the Tuesday walk from the Jany laboratory at 2 p.m.; or petanque on Friday afternoon, near room D du Foulon. Tuesday, May 10, a workshop for making pastries will be organized at CAF with a view to selling them in the dressing room the next day. Finally, it should be noted that on May 12 and 19, outings to the swimming pool are offered. And all this is completely free since it is financed by the communities within the framework of the City’s policy. More information and registration with Eliane: 06 72 83 40 43.