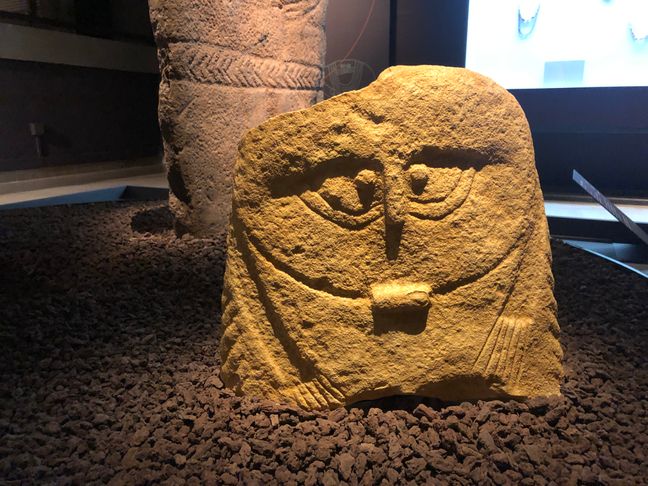 The market of Christmas, the Languedoc nativity scenes and the illuminations, come on, it’s good, the beard! Creative workshops, shows, Santa Claus diver and yoga at the museum: for these holidays, 20 minutes has selected five slightly more original outings, to be made in familyto Montpellier (Herault). Be careful, rush to book if you feel like it, because events for children are very, very popular.

What if we made our own Christmas movie?

There’s no Disney in theaters this Christmas. The Mickey clique will propose Avalonia, The Strange Journey on its streaming platform, starting December 23. Maybe it’s time for cinema to give (very) young animation talent a chance? December 19 (2 p.m.-5 p.m.), the Lattara archaeological site, in Lattes, invites little geniuses to a workshop on animated cinema. Children (from 7 to 13 years old) will first be invited to visit the astonishing exhibition on Neolithic statue-menhirs, some of which frankly have faces of Minions. Thanks to the Brand à part association, they will be able to choose their favorite, and bring them to life, thanks to the magic of animated cinema.

A Guignol show for Christmas

The “Guignol!” Guignol! “, chanted by delirious little spectators in front of the escapades of Gnafron or the gendarme, it is his engine. For years, in the purest tradition of Lyon, Florian Fourniol, a puppeteer from Hérault, has been bringing the craziest adventures to Guignol. From December 19 to 23 (at 2 p.m. and 4 p.m.), the artist will be in Montpellier with his host of characters, at the Lacordaire Cultural Center, for a show about Santa Claus. “It’s a very playful, very participative show”, confides Florian Fourniol. So, ready to help Guignol save Christmas?

Yoga… At the Fabre Museum!

Nothing like a bit of yoga before starting a new year. During the holidays, the Montpellier studio Joy Yoga offers children and their parents a relaxation session, guided by a professional… At the Fabre museum. An astonishing way to apprehend his new exhibition, devoted to the Franco-Algerian painter Djamel Tatah, The Theater of Silence. On December 20 (10:15 a.m.), a session will be devoted to children aged 2 to 5 and their parents, and on December 30 (10:15 a.m.), it will be for older children, from 6 to 10 years old. After discovering the works, “we will work as a duo, a parent and a child, on the body, the senses, etc. “, explains Camille Dides, the founder of Joy Yoga. “Yoga is about refocusing on yourself, but also opening up to others, and to the environment around us. We can thus bring our attention to specific things, such as, for children, the colors, the shapes, or the emotions that the artist wanted to convey with his works. All this, in a very playful way, of course. »

Price: 7 euros for an adult and a child. Information : museefabre.montpellier3m.fr

A Santa Claus who is not afraid to get wet

If you take a short walk Planet Ocean, at Odysseum, on December 21 (3:30 p.m.), you will certainly come across a strange species, red and white, with a long beard, which dabbles in the aquarium. It’s neither a lionfish nor a clownfish, but rather Santa Claus himself! Equipped with oxygen cylinders, the brave old man will take a dip, for about twenty minutes, in the middle of the people of the ocean, in the coral lagoon, for a spectacle that promises to be grandiose. “And children who wish can even have their picture taken with him while he is under water,” says Planet Ocean. Staying dry, of course. It still changes the traditional clichés on the knees in supermarkets.

In the footsteps of forest animals

It is unlikely that we will come across a reindeer there, but it costs nothing to look. On December 22 (2:30-4:30 p.m.), the Domaine de Restinclières hosts an educational walk, for children (from 12 years old) and their parents, in the footsteps of the animals that live here, such as wild boars, foxes or badgers. . Because if, on this corner prized by walkers, the animals are difficult to observe, so much they flee humans, they leave, on the other hand, a lot of clues. Guided by an environmental facilitator, the children will go on a hunt for footprints, which will allow them to learn more about the way of life of these animals, their food or the places they like.