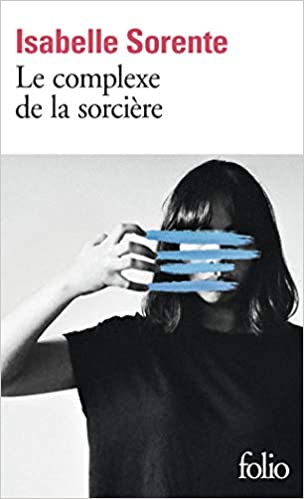 Autumn and its increasingly long nights, windows lined with pumpkins and pointy hats, Halloween is here. It is therefore the perfect opportunity to talk about witches and witchcraft, because this female figure (and now a feminist) has regained her letters of nobility, mainly thanks to literature. Here are the 5 favorites of the CNEWS editorial staff.

“The Witch Complex” by Isabelle Sorente

The writer Isabelle Sorente seized the figure of the witch brilliantly, in her novel “The witch complex”. A book that takes the form of a historical and personal investigation, because it visits both our collective memory, that of the time of the witch hunts, and its own memories.

A finely dosed mixture which supports the conviction of the author: this time, when women were driven out because they were too free, too learned or too independent, left a “psychic imprint” on the following generations. Thus, each woman would carry deep within her the stigmata of these persecutions.

What we liked: this novel-investigation on the history of witches and their hunt is overwhelming. We dare to identify with these women, with their journeys, we are breathless by the ordeals they have had to go through. And the intimate questions of the author question us, shake us. In any case, this book does not leave us unscathed.

“Witches. the undefeated power of women” by Mona Chollet

If you have to give a friend (and even a friend) a book, this is it! Since its release in bookstores in September 2018, “Sorcières. The Undefeated Power of Women” continues to be a top seller. And for good reason, this sociological essay by the journalist from Le Monde diplomatique Mona Chollet was able to synthesize a certain air of the times.

After “Beauté fatale” and “Chez soi”, the author dissects in this essay the figure of the witch, and explains how today’s women – those who denounce social norms – are in fact only the worthy heirs of those women who were driven out of the Renaissance until the 17th century. In three parts, Mona Chollet thus explores three representations of women, often criticized and judged: the independent woman (whether single or widowed), the childless woman and the elderly woman.

What we liked: Impossible not to find yourself at least once in the descriptions given by Mona Chollet. This essay echoes the women of today who do not correspond to the stereotypes, even to the dictates of a society where happiness and fulfillment could only be achieved through respect for rules still too often under patriarchal influence. . A book to read and to offer around you. 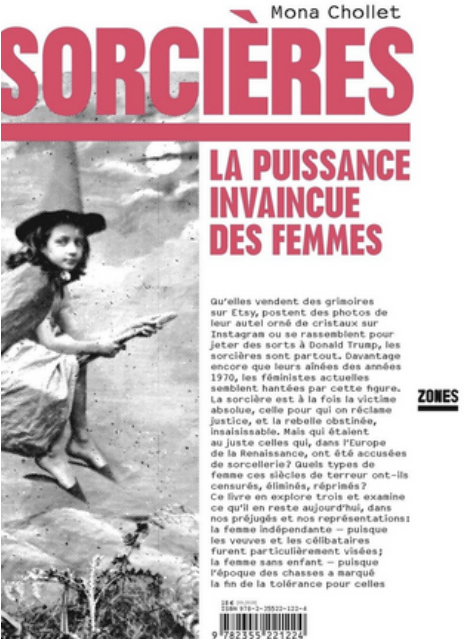 If you want to get started in the modern practice of witchcraft, this book is for you. Because its author, Jack Parker, gives you, with offset and humor – here no question of transforming a prince into a frog, or the reverse – keys, tracks and ideas to find the practice that will best suit your personality.

From small daily spells to more complex enchantments, Jack Parker shares with the reader his way of practicing witchcraft on a daily basis, in a simple and clear way, without the fuss.

What we liked: Wonderfully illustrated by the talented Diglee, this modern grimoire will easily help the apprentice witch conquer her power!

Tortured, drowned or burned, women accused of witchcraft often had only one fault: that of being too free. This album plunges us into the story of these hunted, tracked and killed women, and their executioners.

Four profiles of women (an innkeeper, a healer, a fortune teller and a peasant) illustrate this terrible episode in history, where religious extremism, male control of the female body… led to the execution of thousands of women in Europe.

What we liked: On a romantic basis – whose voiceover is a black cat – this album turns out to be a very precise sociological study of these women accused of witchcraft. Moreover, the many footnotes will allow you if you wish to deepen the subject.

Impossible to finish this top 5 without mentioning the cheeky adaptation of the designer Pénéloppe Bagieu of the novel “Sacred witches” by the British writer Roald Dahl. This monument of children’s literature finds in the features and colors of the designer a second wind, while the bet was highly risky.

Although very respectful of the work of Roald Dahl, Pénélope Bagieu imposes her personal touch, by modifying certain characters such as the insatiable Bruno Jenkins transformed into a friendly little girl, or by adding notes to deconstruct our clichés about witches. The author notably appealed to Mona Chollet (quoted above) to explain to children in the simplest and least terrifying way what the witch hunt was.

What we liked: A graphic novel aimed at both young and old, who will have the pleasure of (re)discovering the work of Roald Dahl. And above all a very beautiful tribute to the figure of the witch.

Witches and witchcraft: these 5 books that have bewitched us