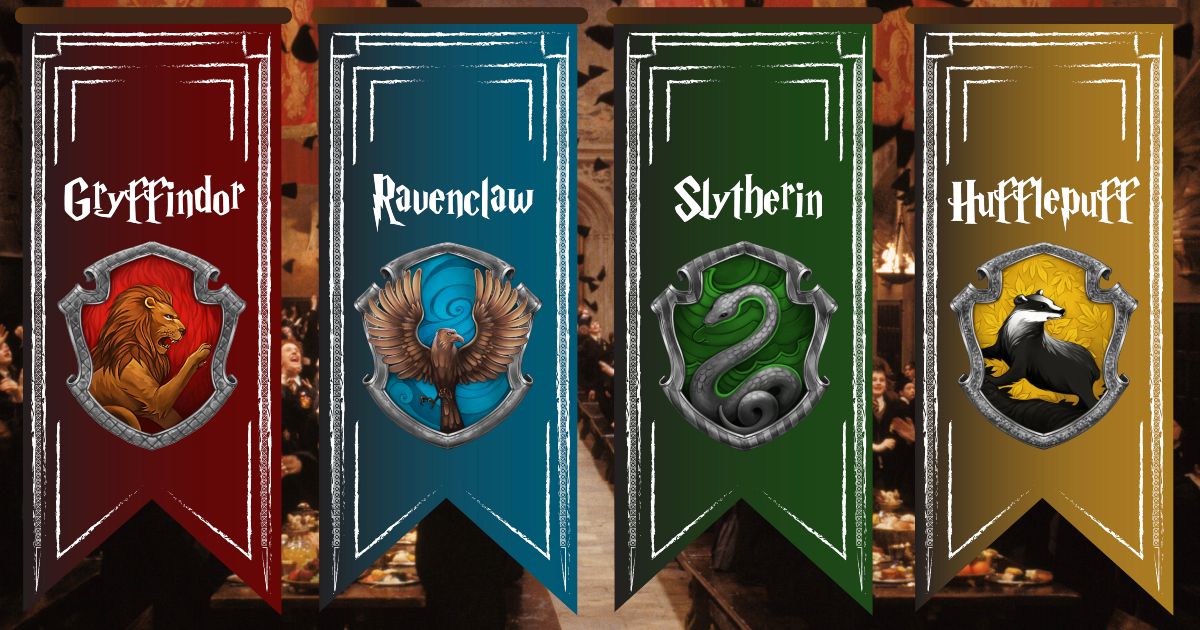 The boy who lives under the stairs is probably one of the most famous modern characters in the world. Everyone, in one form or another, knows the boy who was strong enough to survive the Killing Curse. Harry Potter is a character that started as a way for JK Rowling to entertain her children in bedtime stories, and now has a cinematic universe, a play, a theme park (in more than one location) and everything a wizarding world. Hogwarts isn’t just a home for the characters but, for longtime fans, they can always find Hogwarts waiting for them in the pages of the books or on the big and small screen.

Hogwarts School of Witchcraft and Wizardry is located in England. As seen in The Goblet of Fire (the fourth installment in the Harry Potter series) and the Fantastic Beasts and Where to Find Them franchise, there are schools of witches and wizards all over the world. For the Harry Potter adventure, Hogwarts is the main scenario. At school, the golden trio (Harry, Ron, and Hermione) have their first encounter with He Who Shall Not Be Named, and even more normal experiences like their first school dance. The students who attend the school are organized into four houses: Gryffindor, Hufflepuff, Ravenclaw, and Slytherin. Each house represents different values ​​and personalities. Here’s how the sorting is done, what makes each house distinct, and the characters within it.

To be sorted into a house

Getting sorted into a house is the first thing new students do when they arrive on the school grounds. Students are brought into the Great Hall and placed in line. One by one, they put the Sorting Hat on their heads. This incredibly intelligent enchanted item is a hat that can speak and see deep into a person’s mind. Then, right there, while all the students in the school are watching, the Sorting Hat declares which house the student belongs to. It takes into account their personality and their ambitions, but above all their values.

Each house represents a different set of values ​​that students tend to follow to achieve what is most important to them. Nonetheless, the hat also takes into account what the student wants, as seen when Harry asks for “anything but Slytherin” when sorted. Students become a part of their forever home, taking with them what they have learned and the friends they have made along the way. It is essentially a wizarding fraternity or sorority.

Harry Potter fans can do the Sorting Ceremony online at the Wizarding World website. The test takes a few minutes and the new student must answer a few questions to determine which house he belongs to. After being sorted, the new Hogwarts student can earn points for their house and help them win an annual house competition – just like in the movies! But what makes each house different?

Blue and bronze are the colors of the house of the eagle. Ravenclaw is the house with the fewest characters in the Harry Potter series. The house of those who value learning and knowledge above all also welcomes people who are very different from each other. Luna Lovegood and Garrick Ollivander (the wand shop owner Harry visits to get his wand in the first movie) are both proud Ravenclaws. Because they are so curious and eager to understand all subjects, they can isolate themselves from what is happening in the outside world, as well as use their knowledge as a way to belittle others.

Yellow and black are the house colors of the badger. Hufflepuff is the house of the faithful and the righteous. Even though this house didn’t get to shine as much as the others in the series, it did have some important characters who were Hufflepuffs, like Cedric Diggory. The house got more attention in the spin-off films, Fantastic Beasts and Where to Find Them, because Newt Scamander is a Hufflepuff.

He represents his home well with his positive worldview and adventurous nature. The Hufflepuffs were the first to rise to help Harry, and the house with the most students remained to fight Voldemort at Hogwarts. It is the house with the fewest evil witches and wizards in the school’s history. Hufflepuffs can be naive due to their positive outlook on everything and sometimes lack ambition.

Green and silver are the colors of the house of the serpent. Slytherin has a bad reputation in Harry Potter history: being interpreted as the house of villains or villains because Voldemort and other evil Death Eaters were Slytherins when they attended Hogwarts. This is an incorrect perception, as noble people such as Severus Snape, who sacrificed himself to protect others and ultimately win the war, are Slytherins. Snape saved Harry’s life more than once due to the love he had for Harry’s mother, Lily. Later in the story timeline, in the play The Cursed Child, one of Harry’s sons, Albus Potter, is sorted into this house. In the house of cunning people who do everything to achieve their goals, determination is more present in Slytherins than in any other student.

Red and gold are the colors of the house of the lion. Gryffindor is the most famous house of the four due to the three main characters of the Harry Potter series sorted into this house. The house of brave and daring Gryffindors is known for its courage and moral rigor.

Like other houses, Gryffindor consists of a very different set of students. Hermione’s bravery comes from the knowledge she gleans from her books, while Neville Longbottom’s bravery comes from standing up for what he believes is right in difficult situations – even if it turns him to stone for it. However, not everyone who is sorted into this house turns out to be heroes, as in the case of Peter Pettigrew who betrayed his friends (Harry’s parents) to Voldemort and had them killed.