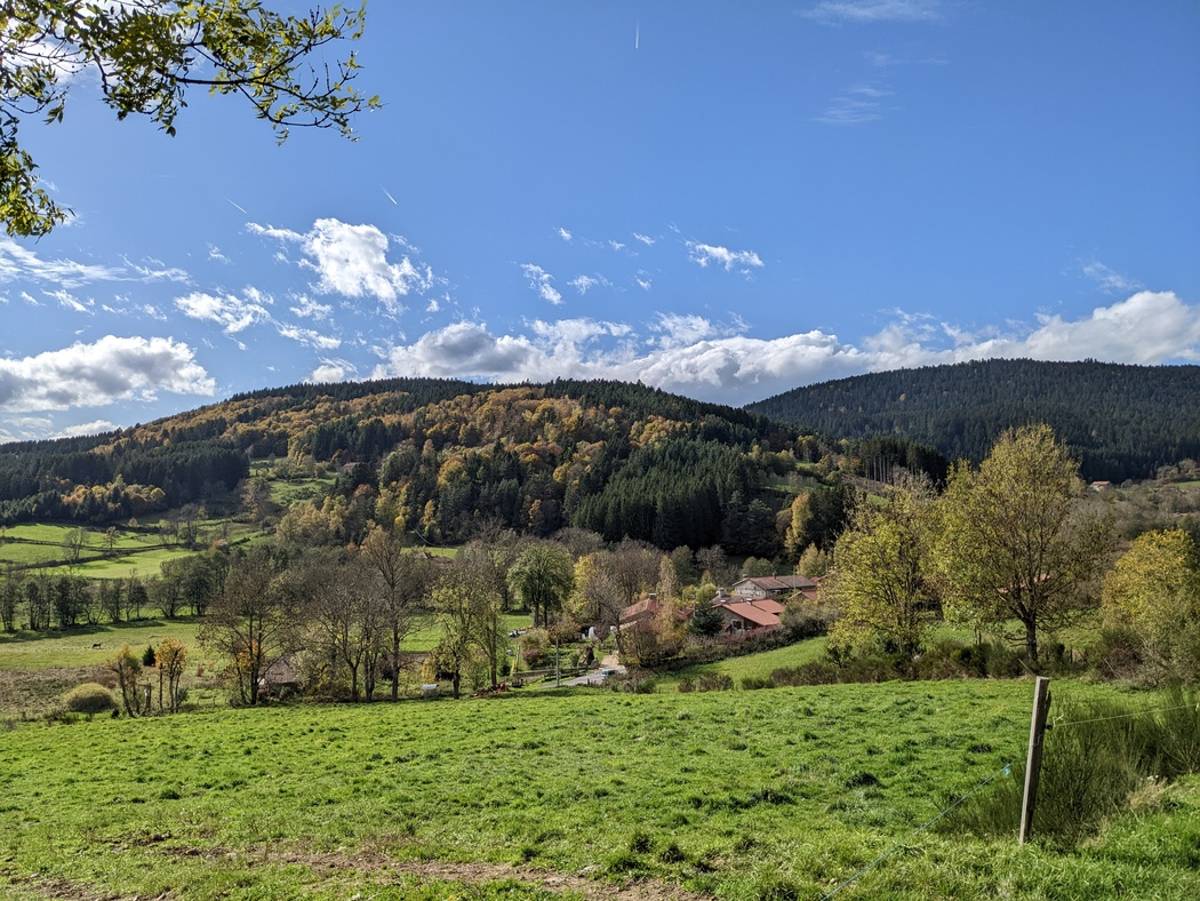 The hamlet of Burianne, in Saint-Romain, hit the headlines in 1985. It is said to be an old clay farm possessed by the Devil. When FR3 and Antenne 2 became interested in the case, two women lived in the outbuildings. Four stone walls serve as their refuge under a flow of pines. Marie T. and Jacqueline J. endure hell here on a daily basis.

For ten years, pins have materialized in balls on the floor and shelves. Religious objects, numerous in the living room – statuettes of the Virgin, portrait of Christ – are larded with hundreds of needles. But there is more.
A stone mysteriously landed on Jacqueline’s bed, crushing the comforter and blankets. Women farmers mourn their cows, sheep, rabbits, dead from having ingested the evil.

Mother and daughter burn these demonstrations of witchcraft daily. Even if both refuse to name the Evil One, ancient beliefs clutter their silences. “What are you doing to ward off this bad luck? Asks the FR3 journalist. Answer: We pray…”

A story mounted… in a pinch?

It has not always been so. For a time, the family suspected the act of a former clerk, then of a jealous neighbor, without finding anything to bring the case to justice. In the campaign, we concluded to the paranormal. Many have bid, speaking of shutters slamming, nocturnal throat clearing…

A vast humbug according to the elements of the investigation, traces in 2022 the retiree. We hadn’t written much; the facts had been rigged [un comble, ndlr] by a press correspondent.

Her name ? Rene Crozet. Born in Clermont-Ferrand in 1926 and known for having served in the Resistance under the German yoke, he left the army in 1961 to become a playwright. His specialty: tales and legends, of which he made great stories for Auvergne radio and television. Passed from folklore to witchcraft, the man is prolific. “Even if you are a rationalist, even if you are skeptical, just as much as I can be myself, well, we will have to agree together that there are many ‘things’, as they say, or events, which undermine our systems of thought

Who is this Yellow Lady that you can meet in the corridors of the castle of Villeneuve-Lembron (Puy-de-Dôme)? 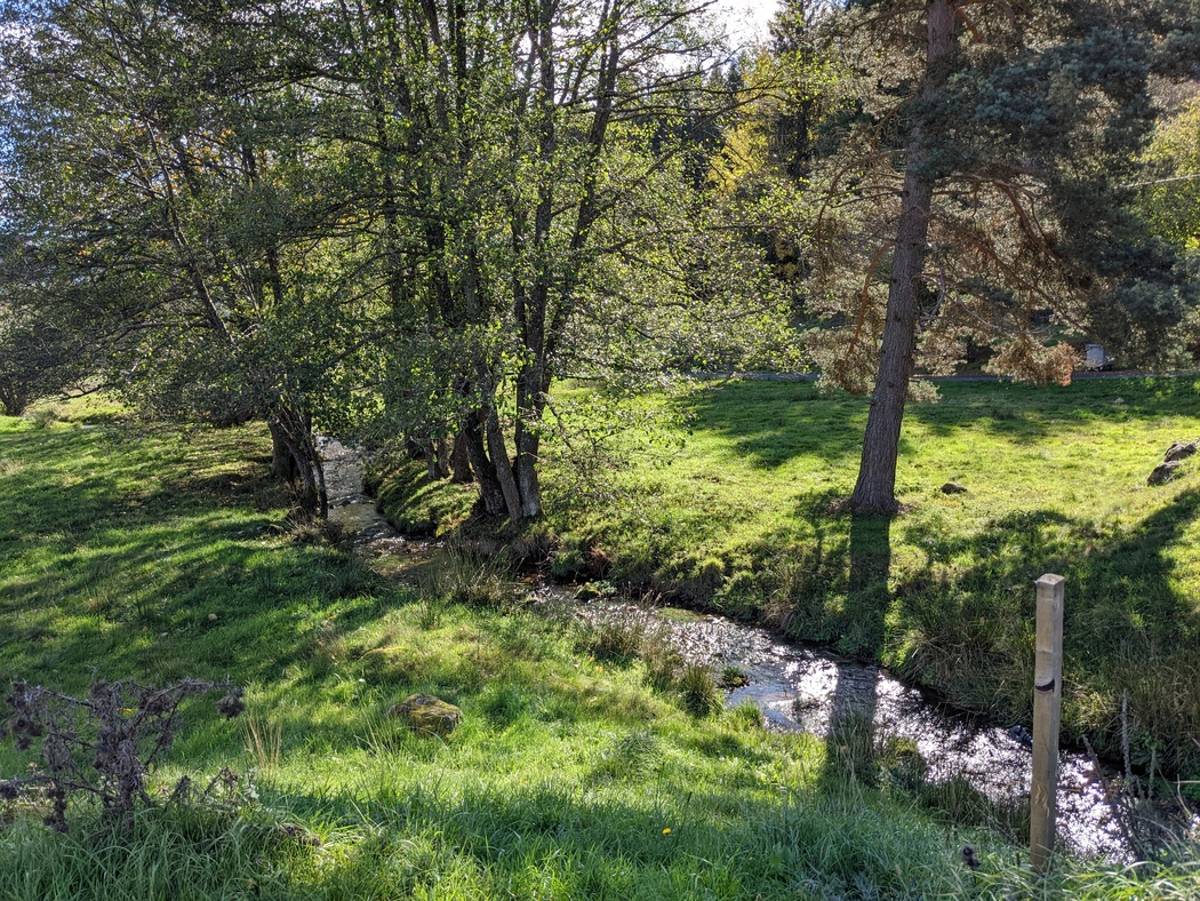 He was present in the spring of 1985 when the FR3 cameras captured the landscapes of Haut Forez, the wind beating the trees and the apparent distress of the J family. The channel interviewed him as… an exorcist. Because the reporter is also a member of the Gallican Church (Christian church of Catholic tradition) of which he will be ordained priest in 1990, then bishop in 1997 before his death, in 2006.

The role of exorcistsAmazing? Not that much. Many conjurers similarly donate (or trade) their services to the family. In the summer of 1985, “a very young man” evoked the Devil in a televised debate in the presence of Mmes T. and J. facing the psychoanalyst Jean-Pierre Winter.

Hamlet of Burriane bewitched farm
“A very square program, remembers the writer appreciated by the media. It had taken place in the presence of the ladies’ lawyer. Both hated each other deeply. I remember having challenged the exorcist during the discussion: “How can you believe in the Devil?” He answered me tit for tat, “the Devil exists, the proof: I fight him. Such reasoning left me speechless. »

Smiling, the eminent specialist indulges in confidence. “Can you imagine that after the show, I was able to have an aside with the family lawyer. This had slipped to me: “The exorcist knows what he is talking about; he’s probably the one who put the pins in…” There’s a prescription now. »

The case died out by itself. The century has passed, the valley has risen. Archaism has sunk, giving way to progress. “All these beliefs, which were deeply rooted some forty years ago, have completely disappeared, observes Jean-Pierre Winter today. Replaced by conspiracy. The diabolical use of the truth is now current on social networks. »

Unusual – 37 years ago, the farm owned by the Forez mountains made headlines in Saint-Romain (Puy-de-Dôme)


Explore our social media accounts and also other pages related to themhttps://nimblespirit.com/related-pages/