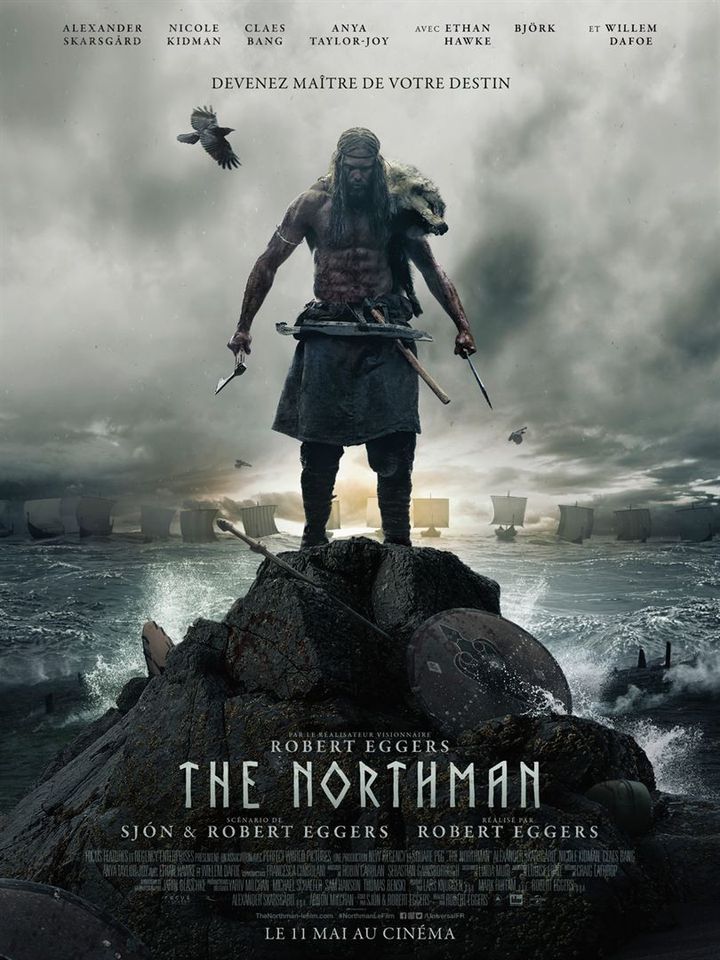 Author of The Witch (2016), on the witch hunt in 17th century Virginia, and The Lighthouse (2019), Robert Eggers is one of the most talented American directors of the moment. He confirms it with The Northman which comes out on Wednesday May 11, a 9th century Viking film unlike any we have ever seen.

In Iceland in the 9th century, Amleth, son of a king, sees his father assassinated by his uncle who seizes power and kidnaps the queen. He flees the island, inhabited by a desire for revenge that he swears to execute once an adult. Having become a formidable warrior, a soothsayer reminds him of his wish and Amleth returns to his native island, hidden among the slaves to foment his revenge.

Historical reconstruction suits Robert Eggers like few directors. He demonstrated it in The Witchthe most disturbing film about witchcraft since The Witchcraft through the ages (Benjamin Christensen, 1921). He transforms the test with The Northman on the Vikings, infrequent on the screen, except in The Vikings by Richard Fleischer (1958) and some great B series. Is it due to the success of the TV series vikings that the subject is found in the cinema? In the hands of the filmmaker, the subject becomes precious loot, where history, mythology and action mingle in a fabulous story.

The link with The Witch can be read in the realistic image in the service of the unprecedented evocation of a mysterious subject. History, mysticism and family drama intertwine: components embodied by archetypes introduced little by little and finely into the scenario. At the center of the story: a “Berserker”, a formidable warrior from the north, who draws his strength from his shamanic fusion with the wolf. The reconstituted rituals of the film are documented and for the first time evoked on the screen in impressive and beautiful images, without being aestheticizing.

The brutal and bloody fights seem to have come out of Frank Frazetta’s canvases, in northern lights, while the landscapes, between sky, sea and land, are splendid in their sobriety. Everything is served by a magnificent cast: Alexander Skarsgård, Nicole Kidman, Ethan Hawk, Björk and Willem Defoe. Robert Eggers amazes us once again, like David Fincher in the 90s, who pulled on other strings, subjects and images. They find themselves in a poetics at the crossroads of reality and myths, in a new, even Kubrickian form. Magnificent.

Prohibited for children under 12 with warning

Summary: Young Prince Amleth has just become a man when his father is brutally murdered by his uncle who then seizes the boy’s mother. Amleth flees his island kingdom by boat, swearing revenge. Two decades later, Amleth has become a berserker, a Viking warrior capable of going into bestial fury, who raids and sets fire to Slavic villages with his berserker brothers until a diviner reminds him of his wish. to avenge his father, rescue his mother and kill his uncle. He then embarks on a boat for Iceland and, with the help of Olga, a young Slav taken as a slave, enters his uncle’s farm, also posing as a slave, with the intention of to perpetrate his revenge there.

“The Northman”, a viking film like we have never seen, epic and breathtaking