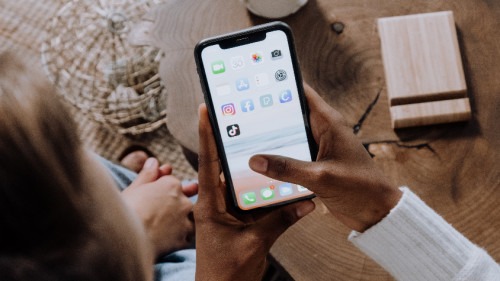 Tweet
Share
Share
Pin
A significant proportion of young people are followers of conspiracy theories. This is at least what is shown, in France, a recent study conducted by the Ifop Institute (opinion and marketing institute) with a representative sample of 2,000 young people aged between 11 and 24. For example, the idea that we are being lied to about the shape of the Earth is shared by nearly one in six young people (16%).

Between platism, astrology, creationism, witchcraft and vaccinophobia, this study shows the secession of part of the youth with the scientific consensus. Interview with Pascal Wagner-Egger, teacher-researcher in social psychology at the University of Friborg and expert in conspiracy theory.

RadioFr: The study shows, for example, that 19% of young people aged 18 to 24 subscribe to the idea that the Egyptian pyramids were built by extraterrestrials. Uplifting, right?

Pascal Wagner-Egger: The percentages are high even if there are certainly some jokers who ticked yes without really believing it. At the same time, it’s a bit worrying, with social networks and the internet reinforcing the trend. But I am not totally alarmed, because these beliefs have always existed and have always had an echo. It is, however, important to keep an eye on this and, for example, to offer courses in critical thinking to young people, and not so young as well, to assess the different beliefs and see the level of evidence in favor of each of them.

Nearly one in six young people also think that we are being lied to about the shape of the Earth. How do we explain these numbers?

Young people have always been attracted to marginal beliefs. It’s part of adolescence with this desire to explore possibilities and also to rebel against the adult world. These beliefs make it possible to go towards the forbidden. There have always been tables spinning or glasses spinning on a table long before the internet. There is a particular attraction to adolescence which will perhaps disappear later.

It really shouldn’t be trivialized. The important thing is this work on critical thinking and understanding how our brain works. There is also the journalistic method which must be put forward more. We must explain how we verify information with the cross-checking of independent sources. In short, we must help young people when they go on the Internet.

You talk about courses to strengthen critical thinking: how does that look?

I recently gave one to Gambach College. I present cognitive biases, namely our brain’s rapid ways of reasoning that explain why we tend to believe certain things easily. We expose this to people who can themselves give examples. For example, half the room claimed to sleep badly during the full moon. We explain very well in psychology why we are focused on coincidences. We have insomnia and the moon is full, but it is an error of reasoning because we are much less struck when we have insomnia but there is no full moon or we sleep well during a full moon. Our brain is struck by coincidences and creates beliefs far too easily. Talking about it, giving examples in public and reflecting together invites people to reflect on their own beliefs.

“The attraction for marginal beliefs has always existed”

From what age can my child watch Harry Potter?
In the Médoc, the legend of the Château de Beychevelle, a hotbed of witchcraft
Strengthening peace and social cohesion: The Episcopal Justice and Peace Commission of Burkina is la...
Tweet
Share
Share
Pin