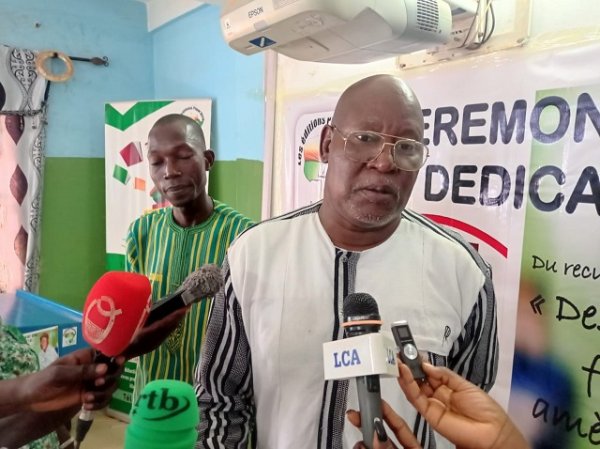 The sole purpose of this text is an objective debate. By asking the real questions. By not avoiding what annoys. An objective debate.
Anyone with arguments is welcome. Anyone who spreads false explanations or disrespects his neighbor will be blocked. And his comment deleted.

We will now do things in the open. In front of everybody. Without evasions and other tricks. Language cunning will be refused. And the comment deleted.

Someone don’t come and say they haven’t been warned. I have every flaw in the universe. But I never take anyone as a traitor.

Our society is the fruit of a historical evolution. On the institutional level, each Burkinabè obeys the institutions of the modern State and the traditional notables. Both at the same time.

Each Burkinabè has an animist cultural foundation, and practices the religion of his choice.

It is not an unconscious like Sayouba Traoré who wanted this. This is what our grandparents passed on to us.

How has it all worked so far? On a background of tolerance between ethnic groups, between religions. To this was added the secularism desired by the Republic and enshrined in the constitution.

That also, it is not this huluberlu of Sayouba Traoré who created it. Just as the life of a society knows dynamics.

Among the dangerous dynamics that await us, the most harmful, the most violent, is to undermine our living together. Removing secularism from our texts is a dangerous action.

I say it and I reaffirm it. Removing secularism from our basic texts is witchcraft that will cost us dearly.

To talk about intolerance. Who called the other CAFRE? In Moore “Kif ndamba”. Who treated the other as infidel or ignorant? In Moore “Zitba”. Surely you mean to tell me that the words CAFRE and MISCREANT are compliments?

I say. We found the African man in his home. It has been insulted for centuries. And for centuries he did not protest. And he watched. Even today, it continues. And it doesn’t bother anyone.

From you to me. Honestly. Who was the most tolerant in this story?

From you to me. Honestly. Sincerely. Do you just think of finding someone in their home, someone who has done you no harm, and you insult themselves, their culture and their beliefs?

Tell me ! Honestly. Is it me who invented these words CAFRE, MISCREANT, IGNORANT? Do you not know that these words are infamous? If you know, what can justify the fact of wearing infamous qualifiers against someone who has done nothing to you?

If you remove secularism, if you remove the balance of our living together, what is it to put in its place? You sincerely think that we will not understand this dubious maneuver?

You know ! We have to tell you that the game that worked with our ancestors can no longer work. No matter who you put someone under the pressure of domination, it will take as long as it takes, but they will shake and reject that domination.

It’s not because that fool Sayouba Traoré says so. Because it is the human soul that is like that. Sooner or later, man rejects domination.

To conclude, I repeat here what I have always said: Islam yes! Islamism, no!

In other words: alcohol to clean your wounds and heal you, yes! Alcohol to get you drunk and cause accidents, no!

#One last thing. Either take this whole text or leave it alone. Manipulation of the writings of others, that’s enough! If you share it, do it all. Pulling little bits to illustrate tortuous demonstrations is dishonest.

Sayouba Traoré on secularism: Since you take it that way!

FIKA(S) Festival: Scandinavian horror cinema in Villeray
This horror movie continues to terrify a hundred years after it was made
Every Dark Secret Of The Elden Ring Volcanic Mansion - GameSpot
Tweet
Share
Share
Pin