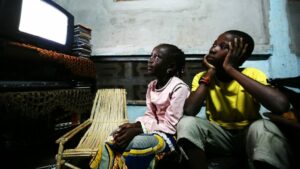 I support the Christian Journal

Questioning is at the center of the 5th edition of the Young Filmmaker Days (JJC) which takes place from August 11 to 14, 2022.

The holding of the CAN Total Energies in Cameroon, in January and February 2022, caused the festival period to slip. Accustomed to hosting the JJC in February, the public had to wait until August this year 2022. Placed under the theme: Cinema, education and globalization: what content for our youth? The organizing committee wants to question the content of the films that the children watch. Especially since young people and children are on school holidays. Appropriate moment of all-out distraction under the indifferent gaze of the parents. Many foreign channels convey to little bits of African cabbage via satellite a culture that is not theirs. Constantly absent from their homes, parents observe the damage and society suffers. ” My son was possessed by demons and initiated into witchcraft by the cartoons. It took the help of the pastor to free him from this yoke Says Étienne ESSOMBA, a Christian parent met in Yaoundé. Unfortunately many parents do not have the same grace as this gentleman and peacefully witness the fall of their offspring. It is to reverse this trend that the Cinecamer association invites parents and educators to the Sita Bella room in Yaoundé on Saturday; August 13, 2022 to talk about it with professionals and find possible solutions.

Television and its courtyard side for children

Recent studies reveal that the influence of television on children depends on several factors: the number of hours spent in front of the small screen, their age, their personality, the fact of watching television alone or with adults and finally the discussions they will or will not have with their parents about the content viewed. The influence of violent content on children and young people no longer needs to be demonstrated. Although it is difficult to conclude a direct cause and effect relationship, there is a consensus that some children may be vulnerable to violent images and messages.

Nowadays, children are sprayed with messages, images and scenes of a sexual nature. All media (television, magazines, advertisements, music, movies and the Internet) are indulging in this. Parents often wonder if these messages are really healthy for their children. TV can be a powerful tool in educating young people about the responsibilities and risks of their sexual behavior. However, these issues are rarely adequately addressed in shows and programs with a lot of sexual content. 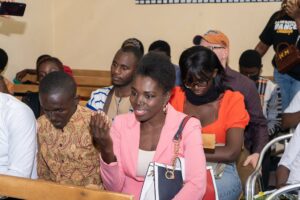 Anniversary edition the days of young filmmakers is celebrated this year under the theme: Cinema, education and globalization: what content for our youth? In view of the relevance of this issue, the organizing committee invited a panel consisting of:

Guy Prince Kamdem: Actor and Co-founder of the Actors Guild

Remember the days of young filmmakers is a cultural event that brings together professionals and amateurs of the 7th art in Cameroon each year. Founded in 2018 by journalist and blogger Maimounatou Bouzarka; its goal is to promote local films for young people, support them and encourage vocations to develop their skills and better equip them

I support the Christian Journal

The Journal Chrétien offers all of its content for free, but quality information comes at a significant cost. Your support is invaluable in helping us to preserve our journalistic standards and the independence of our editorial staff.

Le Journal Chrétien is an independent media, funded by donations from its readers. If you wish to help us and participate in our development, you can do so by making a tax-exempt donation.

There are four good reasons to take the plunge:

Reason 1: an essential link in the media landscape

The Journal Chrétien is a medium of hope which pass the information through the sieve of the Gospel. It speaks of the joys and hopes as well as the sorrows and anxieties of the women and men of our time. In a media landscape marked by lies and fake news (misinformation, false news, false information, misleading information), the Christian Journal positions itself as the media of truth. Our journalists and correspondents try to approach the truth of the facts with great humility.

Le Journal Chrétien is a rare example in the French-speaking media landscape: totally independent, non-profit, free access and without advertising. It receives neither public subsidies nor private support from a multinational or a church, which enables it to provide information free of any conflict of interest.

The resources of the Journal Chrétien are entirely private and rely exclusively on the generosity of Christians who understand that the development of such a medium is essential to guarantee the pluralism of the press in the world and to make the voice of Christians heard, carried by hope. of the Gospel.

The Christian Journal funds projects in several areas of interest to Christians. Here are some of the projects developed by the Journal Chrétien team:

– A Christian social network. Christians.net is the first social network of evangelical Christians. Its principle is identical to that of Facebook. The user has an account, adds other people as friends, can post texts, photos and videos, browses a news feed to see the news of his friends, can create pages and groups or chat live.

– A Bible study platform. audio-bible is a Bible resource site for developing countries, where poor Christians have difficulty accessing the Bible. There are some twenty Bible translations in several languages, three verse-by-verse commentaries on the Bible, four Bible dictionaries, two Greek-French and Hebrew-French lexicons, a Bible concordance, an interactive Bible atlas, a comparison of the versions of the Bible. It is published by the Journal Chrétien, an online press service whose aim is to take a Christian look at the society in which we live.

– A Christian channel project. TV Christians is an evangelical Christian television channel in development and aimed not only at Christians and church leaders, but at anyone who is looking for meaning in their life. The channel being in its infancy, its distribution is done only by Internet (Youtube, Facebook, Twitter, Instagram, etc. Its slogan: “The media of the Body of Christ.”

The Journal Chrétien is a media recognized by the Joint Commission for Publications and Press Agencies of the Ministry of Culture and allows tax exemption.

If you are an individual residing in France, your donations are deductible at 66% of your income tax, within the limit of 20% of your taxable income.

The entire Journal Chrétien team thanks you for your support and trust.