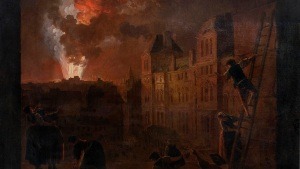 Since the 1960s, the phenomenon of self religion, where everyone makes their own religion, continues to grow. It takes the form of “new spiritualities” which irrigate a host of personal development practices, alternative medicines or apocalyptic ideological causes, which goes as far as occultism and witchcraft. This return to esotericism and “magical thinking” is the opposite of an authentic search for truth and love, explains Father Jean-Christophe Thibaut.

Aleteia: How is the power of the emergence of what sociologists call “new spiritualities” in our society explained?
Father Jean-Christophe Thibaut: In our secularized societies, institutionalized religions are experiencing a deep erosion, but our contemporary has not become atheist for all that. Existential questions always torment men and women in search of meaning. But they do not think they will find answers in traditional religions, especially in Christianity. They prefer to tinker with tailor-made religions by drawing on the old magical fund of humanity. We are witnessing today a real craze for witchcraft, astrology, but also pre-Christian religions: Druidism, Celticism, etc.

What do magic and esotericism represent today? Who is affected by this phenomenon?
This interest in magic affects all social classes, both cities and countryside. The latest polls reveal that one in four French people consult sighted people and that 58% say they believe in an occult science. There are more than 100,000 declared astrologers and mediums, to which must be added those who practice under the mantle. But it is especially young people who are seduced by esotericism: 70% of 18 to 24 year olds have a favorable opinion of it. Magic always thrives in times of religious crisis.

How to explain such a passion for magic and esotericism in a society which nevertheless grants little interest in spirituality?
It should first be noted that many of our contemporaries make a difference between religion and spirituality. Religion is perceived as a confinement in dogmas and rites to be performed, where one must follow an imposed truth. Conversely, spirituality is seen as a space of freedom where everyone can seek God, divinity, the absolute, as they want and in the way they want. It should be noted that, contrary to what was known in the past, esoteric beliefs are today associated with other fields, such as ecology, feminism, animalism, etc. Moreover, spirituality is more associated with Asian religions (Hinduism, Buddhism, etc.) than with Western religions, especially Christian. Meditation is preferred to prayer, considered as a deeper experience of the interior life. At Mass, various and varied practices are favored (hypnosis, yoga, reiki, etc.) which claim to open people to spiritual dimensions buried within them. However, there is a deep misunderstanding, because these Eastern religions have been reformatted to Western tastes and stripped of their religious content. These pseudo-spiritualities are therefore more akin to personal development techniques where the search for God is only a pretext for a quest for oneself, for one’s inner self.

To practice magic and the occult is to take the risk of opening the door to demonic forces, whether one is aware of it or not.

Why are occultism and magic incompatible with the Christian faith?
The Bible has always warned the believer against all forms of magic. The Catechism of the Catholic Church recalls that the use of occult practices, even for the purpose of procuring health, is “contrary to the virtue of religion” (CEC 2117). The virtue of religion is to “connect” man to God. Now, magic takes man away from God insofar as it turns him towards occult entities or powers. Magic does not invite trust in God or in Providence, but it gives man the illusion of being all-powerful and of being able to control his life alone. How not to find there the call of the Tempter of the book of Genesis: “You will be like gods” (Gen 3.5)? Moreover, esoteric thought is based on pagan doctrines dating back to antiquity (no creator God, belief in reincarnation, salvation depends on an illumination produced by a secret Knowledge, etc.) which distance man from the truth revealed. By following a lying thought, we play the game of the Liar. Also, to practice magic and occultism is to take the risk of opening the door to demonic forces, whether one is aware of it or not.

Why don’t all spiritual paths lead to God?
Do all these “new spiritualities” really lead to God? We can doubt it. “Spirituality” is only of interest insofar as it can bring something immediate and concrete: inner peace, better physical and mental health. There is therefore no gratuity, no search for truth and, above all, no love. These are materialist and utilitarian paths, where man does not turn towards the Other, towards the transcendent, but towards himself. It is urgent to remember that only Jesus is “the way, the truth and the life”, that we must beware of the “false prophets” who swarm around us, because their messages are hollow and only lead to emptiness. .